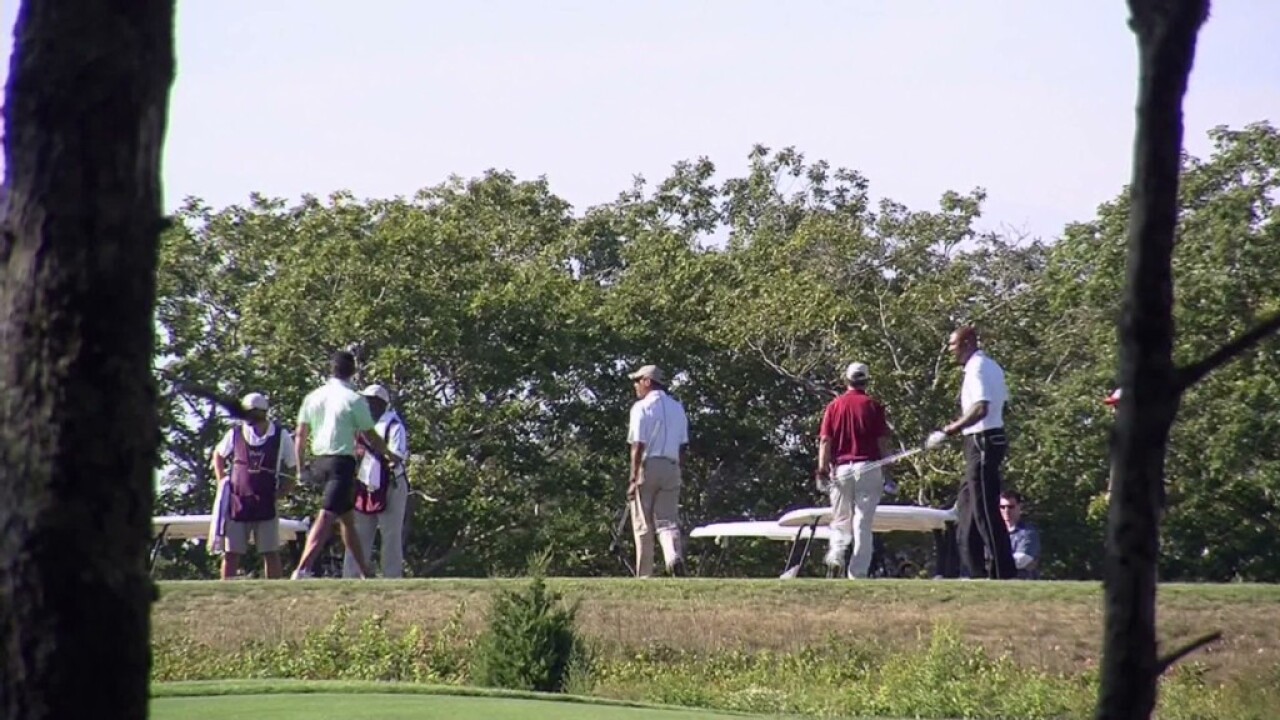 WASHINGTON – President Obama said he should have known better than to go golfing immediately after speaking about the beheading of an American journalist.

In an interview that aired Sunday on NBC’s “Meet the Press,” Obama said he “should have anticipated the optics” because “part of the job is the theater of it,” conceding “it’s not something that comes naturally” to him.

Obama was vacationing in Martha’s Vineyard, Massachusetts, when Islamic militants released the gruesome video of James Foley, who was brutally killed as a payback for U.S. airstrikes against the terror group ISIS.

Obama strongly condemned the killing, saying “the entire world is appalled by the brutal murder of Jim Foley.” Minutes later, he was photographed golfing, which caused critics to accuse him of insensitivity.

Obama said he was deeply affected by the beheading of the American journalist. “After having talked to the families, where it was hard for me to hold back tears listening to the pain that they were going through,” he said, “I think everybody who knows me — including, I suspect, the press — understands that … you take this stuff in. And it’s serious business. And you care about it deeply.”

The President said he understands “optics” is important. “It matters. And I’m mindful of that.”

At the same time, Obama conceded that the “theater” of the presidency is a challenge for him. “You’re followed everywhere. And the part of what I’d love is the vacation from the press.”

When asked by NBC’s Chuck Todd if he was “exhausted,” Obama admitted to being sleep-deprived at times. “There are days where I’m not getting enough sleep, because we’ve got a lot on our plate,” he said.