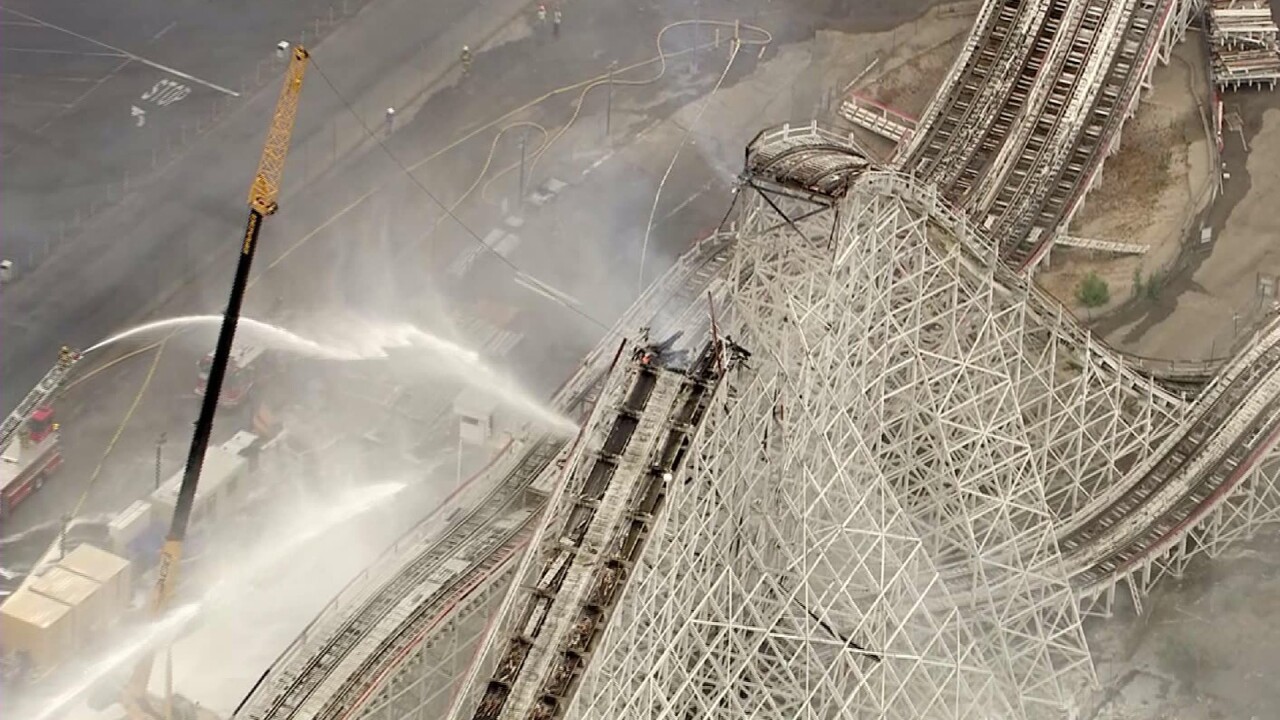 Flames charred a portion of the closed Colossus, collapsing the track, on Sept. 8, 2014. (Credit: KTLA)

SANTA CLARITA, Cali. — It was once the fastest and tallest roller coaster in the world, but on Monday it erupted in flames.

A fire broke out at the iconic Colossus Ride at Magic Mountain in California.

No one was on the ride at the time and the park was closed for the day.

Flames charred a portion of the closed Colossus, collapsing the track, on Sept. 8, 2014. (Credit: KTLA)

The fire started while the coaster was being disassembled. Contractors had been working on disassembly of the ride when the “top of the lift hill” caught fire, the amusement park stated on Twitter.

Firefighters doused the ride with water but part of the coaster still collapsed.

There were no injuries.

The Colossus was shut down on August 17 so it could be replaced by a newer version of the ride.

The Twisted Colossus was scheduled to open in spring 2015.

When it first opened in 1978, the classic wooden coaster was the world’s tallest and fastest. The popular ride dropped 100 feet and reached speeds of up to 60 mph.