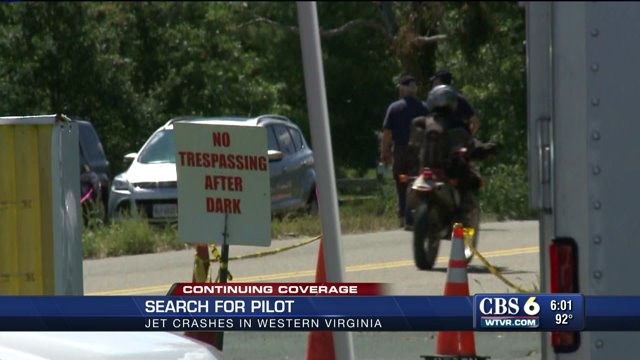 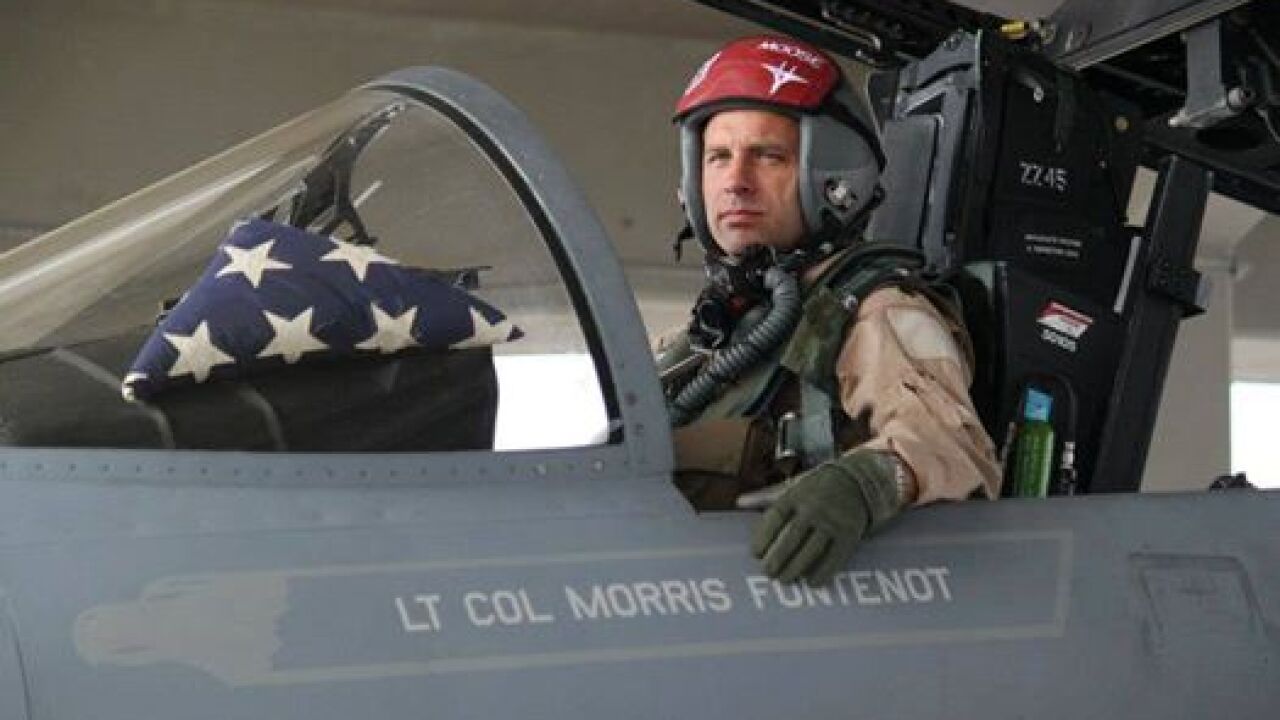 Members of the crash investigation team said the pilot, who had not been able to eject from the aircraft, was pronounced dead at the scene.

Fontenot served with the 104th Fighter Wing as the full-time Wing Inspector General, responsible for the implementation of the Air Force Inspection System and as an F-15 instructor pilot with more than 2,300 flight hours.   Fontenot, a 1996 Air Force Academy graduate, was also a Weapons School Graduate with more than 17 years of F-15 flying experience.

"We all continue to keep the Fontenot family in our thoughts and prayers during this very difficult time," Col. James Keefe, Commander, 104th Fighter Wing said.

The mission now transitions to a search and recovery operation.

The jet assigned to the 104th Fighter Wing crashed at about 9:05 a.m. Wednesday; five minutes after crews lost radio contact with the pilot. The pilot did report an in-flight emergency prior to losing communication. The military has not yet released details of that communication.

"The aircraft was flying to New Orleans Naval Air Station to receive a system upgrade," the Massachusetts Air National Guard said. "The mission was not tied to our home station alert mission, and the aircraft was not carrying any munitions."

At least 100 state police, sheriff's deputies and fire and rescue personnel conducted a ground search Wednesday around the crash site.

"There's been helicopters flying all over the place," said Rebecca Shinaberry, who lives in Deerfield.

Shinaberry was in her backyard Wednesday morning when she heard a loud boom.

"It was tremendously loud. Shook everything," said Shinaberry. "And then I saw a big cloud of smoke behind this big tree. It was a big black cloud of smoke."

The Shinaberrys later learned that a military jet had crashed nearby.

About a half a mile away from the , at the local firehouse, federal, state and local officials received up-to-the-minute information from search crews in the air and on the ground.

Now, as they spend a second day searching for the pilot who crashed in the Washington National Forest near Deerfield Valley.

"We're going to do everything possibly can to make sure that we go to every length to find our personnel," Virginia Air National Guard Brigadier General Tim Williams said.

When the pilot reported an emergency and lost communication, he disappeared somewhere over the mountains. However, it is unclear if he ejected from the plane.

"That is an investigation that is ongoing. And conducted by the U-S Airforce and our job is to do the search and rescue aspect of it," Williams said.

Back at the Shinaberry home, the family was praying that the pilot would be found safe.

"I feel sorry for the family. I just pray that they'll be able to get through this situation," said Shinaberry.