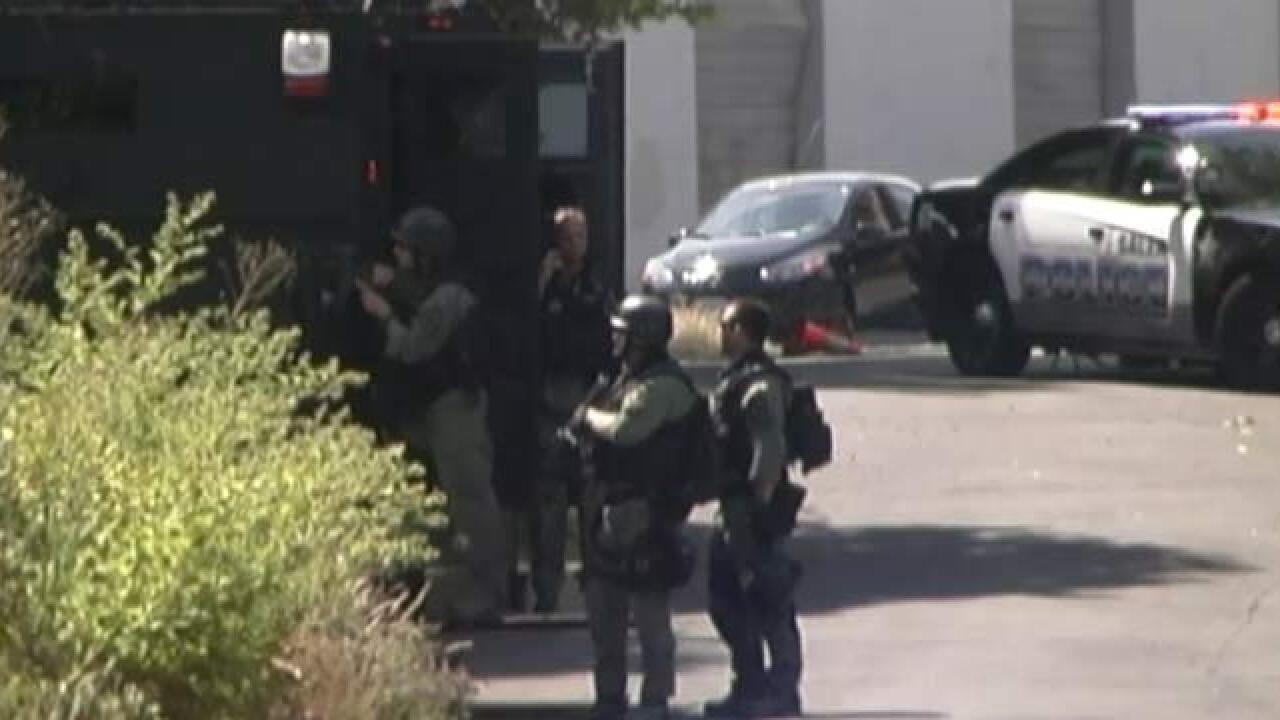 Embargo: Portland, OR A SWAT standoff ended after a wanted man smashed out a second-story window with his hands, according to Salem police. (July 28th, 2014)

The hoax begins with a call to 911 to draw a response from law enforcement — including a SWAT team — to an unsuspecting home.

“It’s dangerous for everyone involved: the public, individuals whose house we get called out to and for the police officers,” said San Antonio police Chief William McManus.

The scenarios described to police are usually life and death situations.

“They could say anything. ‘Someone is being held hostage’ (or) ‘someone is going to commit suicide,'” McManus said.

SAPD has only had one swatting call but McManus says other departments haven’t been as fortunate.

The one and only call came last Friday, when someone reported a hostage situation on the city’s North Side of the city.

“There are a variety of reasons that someone would do this — to get even with someone, to play a prank on someone,” said McManus.

No one was hurt in Friday’s incident but McManus says it was a waste of resources.

“There’s a lot of people (who) are called out and you could very easily put a dollar figure on it and it’s not cheap,” McManus said.

“(They could be charged with) abusive 911 calls, false alarms or reports and then unauthorized use of telecommunications,” McManus said.