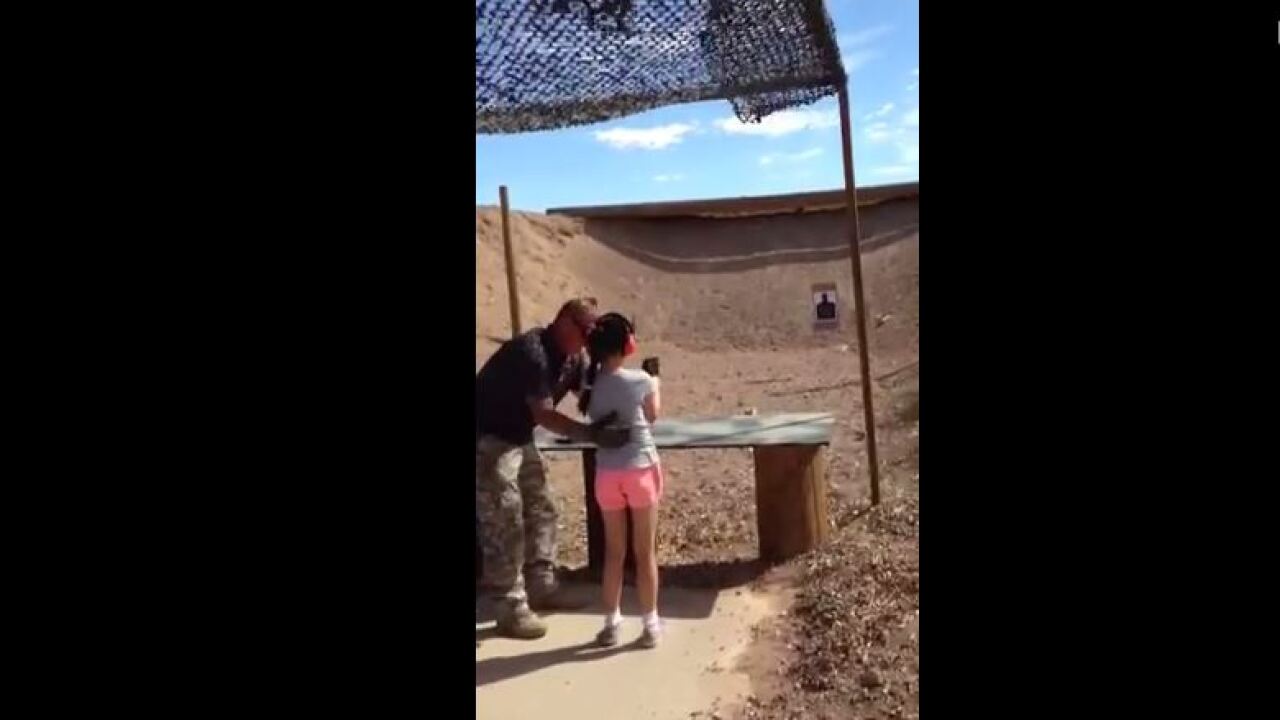 DOLAN SPRINGS, Arizona — A 9-year-old girl learning to fire a submachine gun accidentally killed her instructor at a shooting range when the weapon recoiled over her shoulder, according to Arizona authorities.

The instructor, 39-year-old Charles Vacca, died at a hospital late Monday night after he was shot in the head.

The Mohave County Sheriff’s Office said the girl was with her parents. The website of Bullets and Burgers, the shooting range where the accident happened, says children between the ages of 8 and 17 can shoot a weapon if accompanied by a parent or guardian.

Police identified the weapon as an Uzi, an Israeli-made submachine gun.

This video is not graphic

In the video, Vacca and the girl are at an outdoor range. The wind blows a target in the distance. Vacca shows the child how to hold the gun then helps her establish her grip and her stance. She fires one round and dirt flies above the target. Vacca adjusts the Uzi, places his right hand on her back and his left under her right arm.

She fires several rounds in rapid succession and the gun kicks to the left as she loses control. The video ends before the fatal head shot. In releasing the video, authorities did not identify who made it.

KLAS reported the girl was a tourist from the Northeast.

The station spoke with Sam Scarmardo, who operates Bullets and Burgers, about the incident.

“We really don’t know what happened,” he said. “Our guys are trained to basically hover over people when they’re shooting. If they’re shooting right-handed, we have our right-hand behind them ready to push the weapon out of the way. And if they’re left-handed, the same thing.”

Vacca was married, well-liked and a veteran, KLAS said.

The range, which is about an hour’s drive from Las Vegas, says on its Facebook page: “We separate ourselves from all other Las Vegas ranges with our unique ‘Desert Storm’ atmosphere and military style bunkers.”