UPDATE: ‘Enraged’ soldier who shot herself at Fort Lee has died 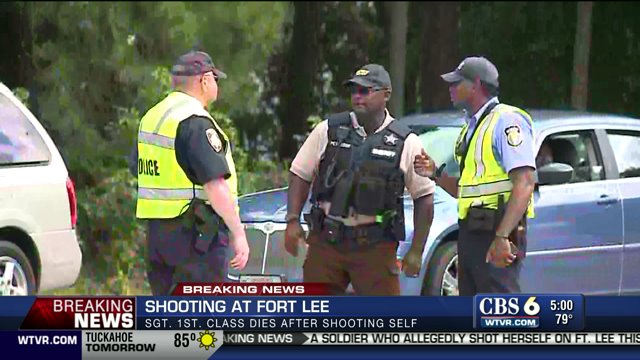 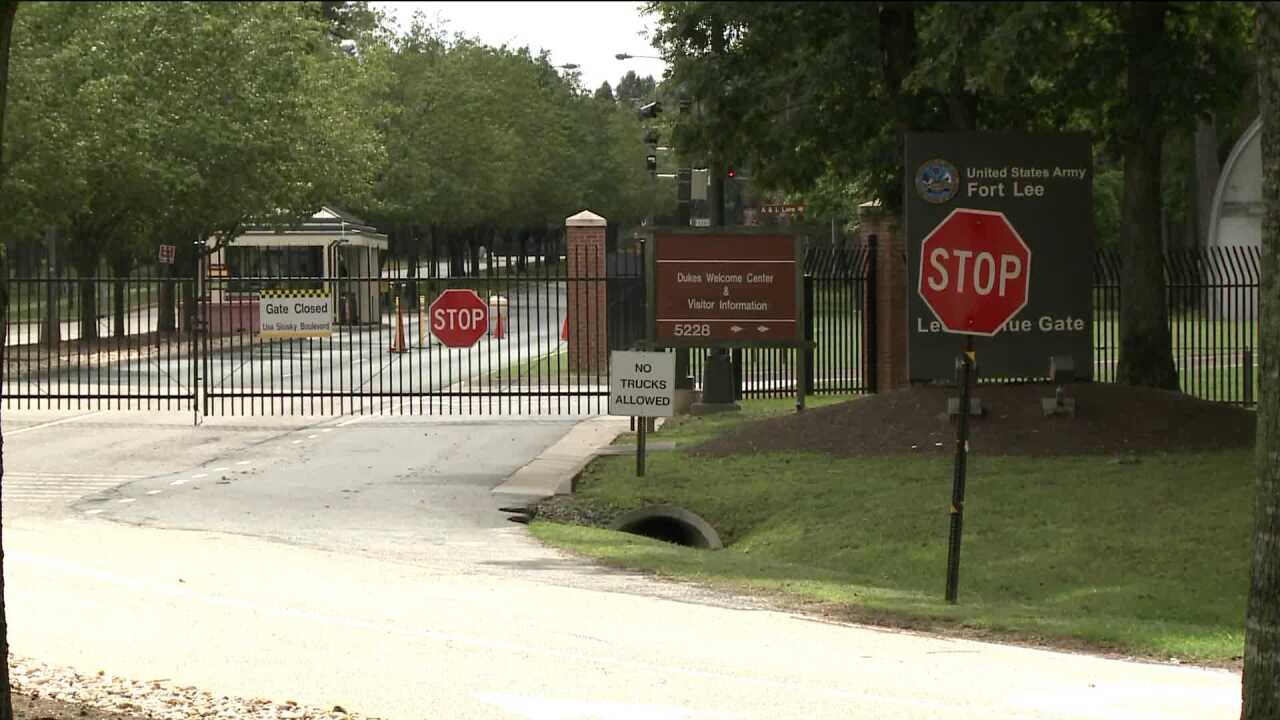 FORT LEE, Va. --The solider who shot herself while barricaded inside an office in a command headquarters building Monday morning at Fort Lee has died.

First responders were dispatched to the Army post after a report of a female soldier with a gun inside the Combined Arms Support Command Headquarters (Bldg. 5020) at 8:45 a.m.

It was Major General Stephen Lyons' first day on the job when the incident happened.

Major General Stephen Lyons, the Commanding General of Combined Armed Support Command and Fort Lee, said that the soldier walked into a headquarters building with a small-caliber weapon.

“Soldiers and civilians responded appropriately,” Lyons said. “They either sheltered in place or evacuated and notified law enforcement.”

Fort Lee police responded within two minutes and established communication with the solider, who had barricaded herself in an office on the third floor. Lyons said the negotiation team thought their work was progressing calmly until the woman turned the gun on herself and shot herself once in the head.

Lyons said it was unclear whether the solider was a threat to others.

"She did not fire any rounds prior to taking that weapon on herself,” Lyons said. “She did go into a bit of a rampage in the office area.”

The wounded soldier was transported to VCU Medical Center where she was pronounced dead. No other people were injured.

Lyons said there was no indication that the soldier had done anything like this before and there was no word on a motive for the incident.

The general did not release the victim's name, but said she is an E7 Sergeant First Class permanent party soldier with nearly 14 years of service.

She had been assigned to Fort Lee for almost three years and had been deployed to Iraq in 2007 for about 15 months. Lyons said he believed her  job was involved personnel.

The soldier's identity is being withheld until 24 hours after her next of kin have been notified as is Department of Defense policy.

“A guy comes running saying, ‘Everybody get out of the building. Everybody out. Everybody out,’” Stephen Cheeks, who runs cafe atCASCOM building, said.

“When I first walked out, I thought it was an exercise.”

Cheeks said he was impressed with the swift response from post police and said they handled the situation “very well.”

News of the incident was first reported on the post's social media accounts.

Around 9:50 a.m., CBS 6 News senior reporter Wayne Covil reported that an intercom on the base sounded stating that the situation "was over."

"An all clear has been issued by the Fort Lee installation operations center at 9:50 a.m.," read post on Fort Lee's Facebook page. "The law enforcement event is over."

The lockdown was partially lifted, then limited to one building and main gate.

All gates were later reopened except for the Lee Avenue Gate. That gate remains closed, along with some nearby streets near the headquarters building as the investigation continues.

Retired Maj. Gen. James "Spider" Marks, a CNN military analyst, described the post as a "very active" one, with soldiers "routinely coming and going to get various types of training."

In an active shooter situation, he said, everyone locks down in place to avoid becoming a target while letting authorities and military police respond.

Fort Lee is located near the Tri-Cities and Chesterfield, Dinwiddie and Prince George counties.

The post's daily population averages about 34,000 from all branches of the military service, their families, government civilians and contractors.

The Army garrison has experienced enormous growth as a result of the 2005 Base Realignment and Closure mandates and its designation as the Army Sustainment Center of Excellence. It's a training base for military supply, subsistence, maintenance, munitions, transportation and more.

As a result, a more than $1.2 billion base modernization mission led to new training facilities, administrative centers, dining facilities and barracks.

Scroll down for WTVR.com's continuous updates from the field on this important local story.