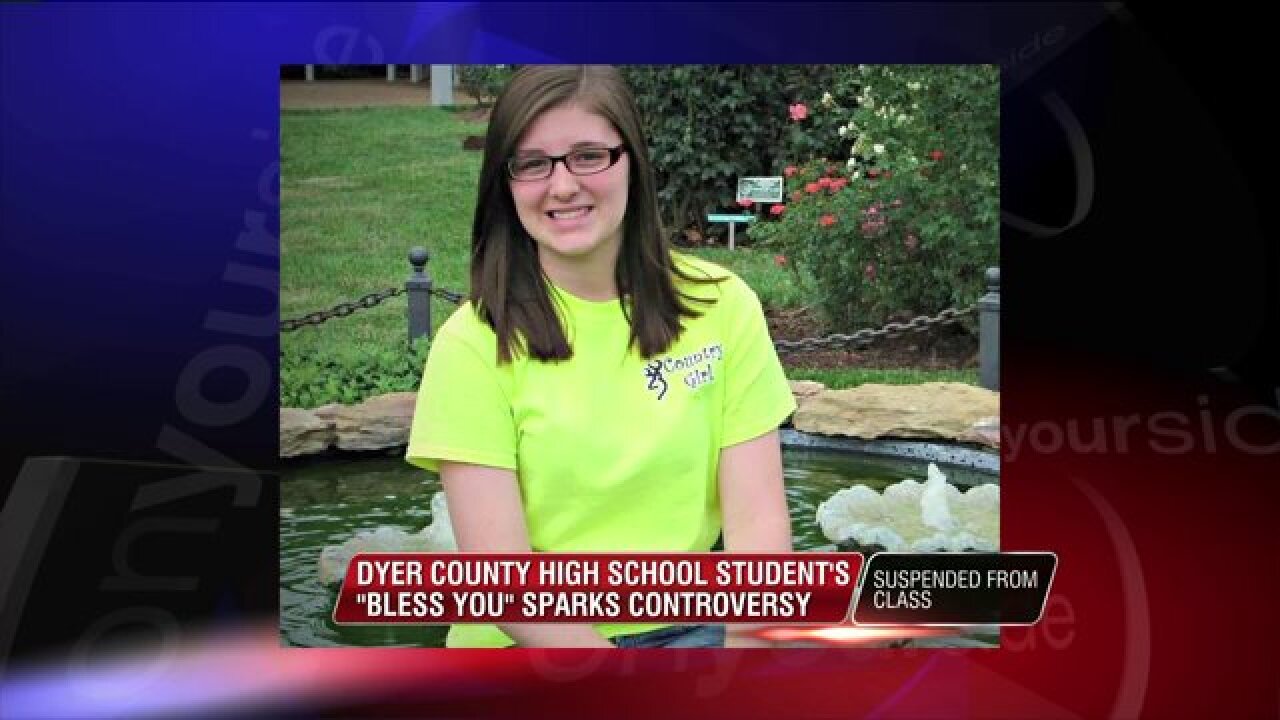 DYER COUNTY, Tenn. — A young girl, who claims she was standing up for her religious beliefs in the classroom, was suspended after breaking a class rule of saying “bless you” after a classmate sneezed.

When Dyer County High School senior Kendra Turner said bless you to her classmate, she says her teacher told her that was for church.

“She said that we’re not going to have godly speaking in her class and that’s when I said we have a constitutional right,” said Turner.

Turner said when she defended her actions, she was told to see an administrator. She said she finished the class period in in-school suspension.

Students sent WMC a photo of the teacher’s white board that lists ‘bless you’ and other expressions that are banned as part of class rules.

“There were several students who were talking about this particular faculty member there that was very demeaning to them in regard to their faith,” Winegardner said.

Turner’s parents said the school leaders claim the outburst was a classroom distraction and that she shouted “bless you” across the room.

“This was something that had come up previously in the last few weeks just since the beginning of school and I shared with all of those students what their rights were,” added Winegardner.

Turner’s family met with school leaders Tuesday. They said the teacher claimed Turner was being disruptive and aggressive. Some classmates showed support Tuesday by wearing hand made bless you shirts.

Turner said she doesn’t want trouble for her teacher but said she’ll stand up for her faith.

“It’s alright to defend God and it’s our constitutional right because we have a freedom of religion and freedom of speech,” said Turner.