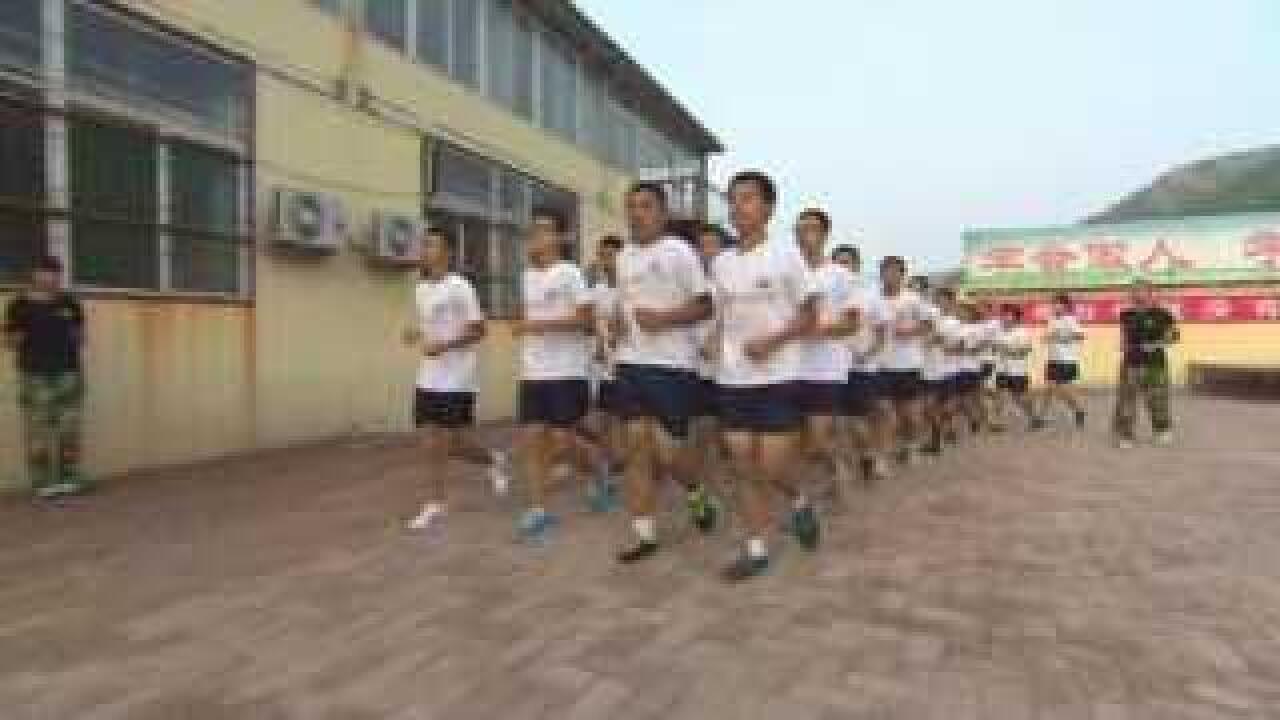 Like their peers around the world, many teens in China are hooked on the internet.

Some worried parents are sending their children to so-called "boot camps" -- which use military-style methods to help the teens kick the habit.

New Wangkang, near Jinan, looks like a typical school in China; big on team spirit and martial arts displays.

Parents will commit their kids to this facility for four to six months to break their internet addiction.

Teenagers like Jiang Zhe are considered addicts. He says his mother lied to him when he came, telling him it was summer camp, and then they locked him away.

"When I first came here I thought about escaping,” says Jiang, “but this place is tightly controlled so there is no escape."

At Wangkang, ex-military instructors focus on drilling and discipline.

No talking is allowed at mealtimes. No cell phones. No phone calls. No contact with family.

They are completely cut off to stop the temptation.

Jiang's mother unplugged his computer and beat it to get him to stop, he says, but nothing worked. So his mother spent 1,000 dollars, not a small sum in China, to send him here.

"Yes, I was truly addicted to the internet…after a while it was like falling in love,” Zhe said.

They've even classified it a mental disorder. Now hundreds of addiction boot camps have sprung up across China and many of them are brutal; saying the may be a fine line between tough tactics -- and abuse.

Earlier this year state media says a teenage girl was beaten to death because she didn't ask permission to go to the bathroom.

This boy was strapped to a pull-up bar for six hours.

At Wangkang they blame the abuse on illegal facilities, and say instead they use one on one therapy to connect.

Jiang's therapist says that for the first month, they mostly cry.

"Before they came here they were quite happy with the internet world… and when they come here they are bitterly separated from that world and this dramatic difference is what causes them great pain,” she says.

Their aim is to break them down, and once they give up all hope of being let out she says they start to change.

Like everyone here, Jiang hasn't been told when or even if he will ever leave.

But he says he is ready. He says four months locked away in internet rehab is enough to kill his internet habit.