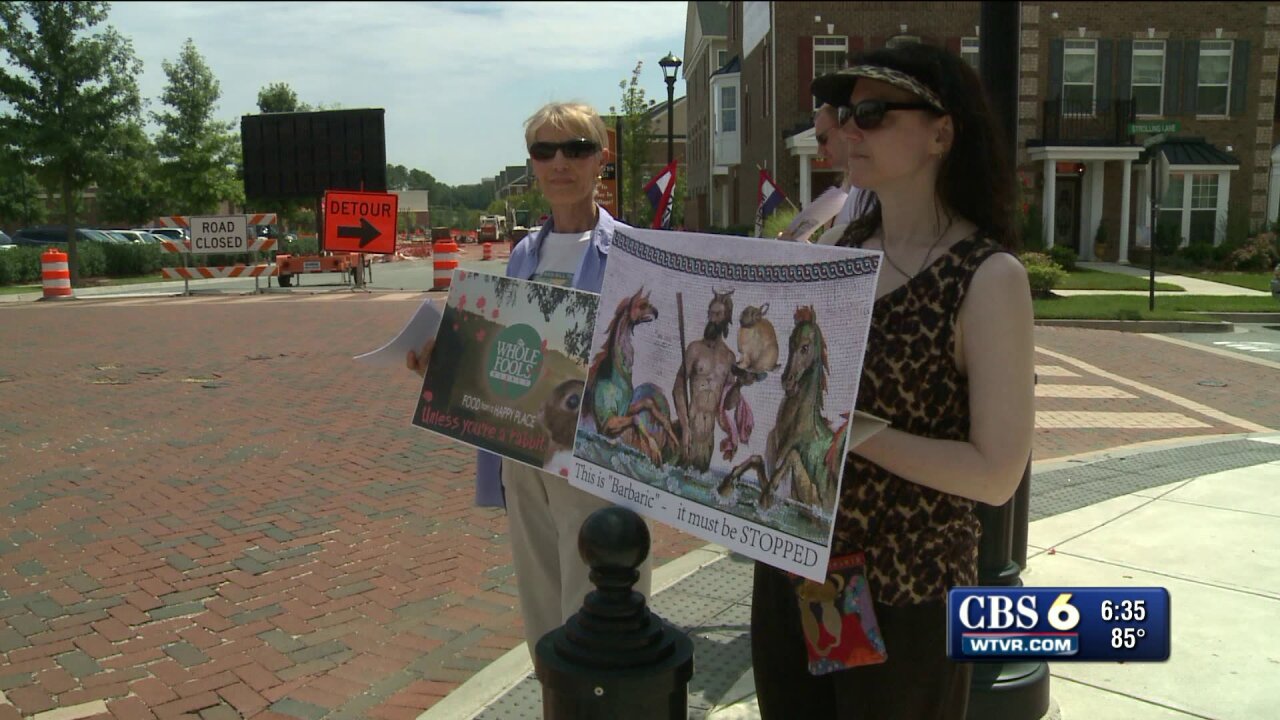 RICHMOND, Va. — The tales of Peter Rabbit and the Easter bunny fill many a childhood, and many consider the fluffy animals pets and companions.

But for others, they’re another source of food.

Nationwide protests were staged this weekend in response to the Whole Foods Market decision to sell rabbit meat in select stores. Some people say eating a rabbit is like eating a pet.

Protesters hope the market will be swayed by their presence. A group of protesters take responsibility for the Virginia Beach Whole Food Market’s decision to stop selling rabbit meat in July.

Protesters showed up Sunday at the  Whole Foods in Short Pump, which now sells rabbit.

The rabbit meat won’t be sold at every location, but is being sold in the Mid Atlantic, northeast, North Atlantic, Midwest, and Northern California, according to rabbit.org.

In a statement, the company said the meat will be consistent with Whole Foods standards. That means the rabbits won’t be caged, will be fed, treated if sick, and allowed time to rest before being re-bred.

“Whole Foods Market is sensitive to the companion animal issue and we understand this product won’t appeal to everyone. However, for those customers who have been asking us to carry rabbit, it’s our job to make sure we offer the highest-quality product from responsible sources. A number of shoppers have been asking Whole Foods Market to carry rabbit for years but conventional raising practices do not meet our rigorous animal welfare standards.

To meet our customers’ requests for rabbit we needed our own set of animal welfare standards, and these rabbit welfare standards are a direct result of a rigorous four-year process to address the welfare issues in rabbit production.  As we have done in the past, our hope is that our high standards will be a model for industry change.”

To see pictures from around the nation, click here.