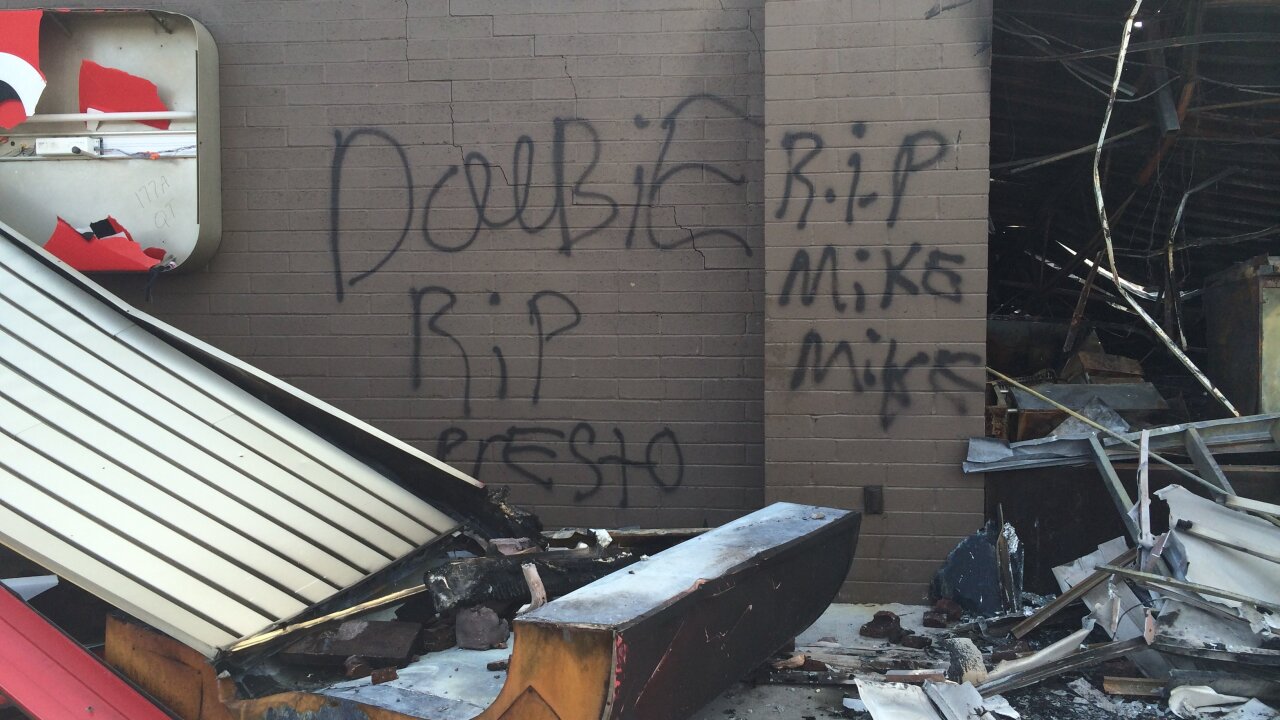 Photo shows the damage left behind at a QuikTrip gas station following looting in Ferguson, Missouri.

ST. LOUIS, MO (KTVI) – The FBI is concerned members of the New Black Panther Party are in Ferguson, Missouri and advocating violence against police, according to an alert from the St. Louis Division of the FBI, reported KTVI.

Chawn Kweli, National Chief of Staff for the NBPP is in town, along with other members, to respond to the shooting of Michael Brown.

The St. Louis suburb of 21,000  has been  wracked by violence as outraged protesters demonstrated over the 18-year-old’s shooting faced off with police.

As federal civil rights investigators and the FBI carry out their own inquiry into the case, tensions are running high in Ferguson, where there’s a history of distrust between the predominately black community and the largely white police force.

Brown was African-American. Police have not identified the shooter, but a witness told CNN on Tuesday that the officer who opened fire is a Caucasian male.

Kweli posted on Facebook , “This is the hour all the greats promised.  If you die, die like a warrior.  I’ll see you on the ground.”

He is posting updates from  Ferguson under the tag: Live Battle Report.

The website for the New Black Panther Party is here.   The group, founded in 1989, is not an official successor of the Black Panther Party, according to the Huey P. Newton Foundation.  Members of the original Black Panther Party have insisted that the newer party is illegitimate and said that hey only “pretend to walk in the footsteps of the Party’s true heroes.”

They have firmly declared, “There is no new Black Panther Party” and condemned the new groups use of the name.