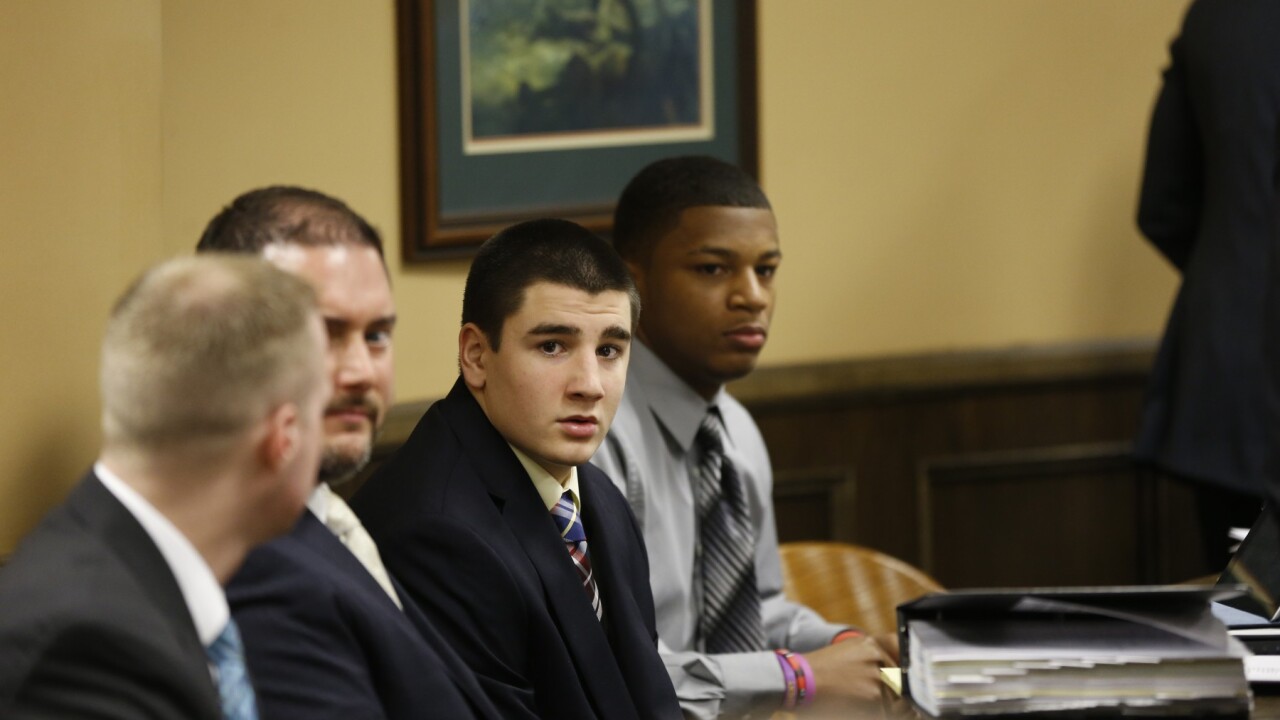 STEUBENVILLE, Va. — An Ohio High School football player who served nine months in prison for the rape of a 16-year-old girl is back on the team.

Richmond and Steubenville High School football teammate Trenton Mays were convicted of the rape after a trial that divided the football-crazed Rust Belt town of Steubenville.

Lurid text messages, social media posts, as well as cell phone pictures and videos helped raise the national profile of the case, which revolved around Richmond and Mays’ actions during a series of end-of-summer parties in August 2012. It attracted the attention of bloggers and the group known collectively as Anonymous, who questioned everything from the behavior of the football team to the integrity of the investigation.

Mays, who was 17 when he was convicted, also was found guilty of disseminating a nude photo of a minor and was sentenced to two years.

In 2013, the school superintendent, two other educators and an assistant football coach were indicted in the case. In 2014, the assistant high school football coach was found guilty of two misdemeanors after pleading no contest to serving alcohol to a minor and making a false statement, charges that carried a six-month maximum sentence each.

“Everything that the school system asked him to do upon his release, he completed both academically and socially,” Saccoccia continued. “He was back in school since January, and was suspended from all extracurricular activities for the remainder of the year.”

Richmond had been sentenced to a minimum of one year in a juvenile correctional facility, but he was credited for the time he served before the trial.

“I feel that we're really not giving him a second chance,” the coach said. “Some may look at it like that.”

“I've thought about it hard, and I’m going with that decision,” Saccoccia said.

"He's one of 55 players that are in good standing with their teammates and their coaches, who have the same opportunity as any other player."

Richmond remains on probation and will have to register as a sex offender every six months, for the next 20 years.

His release is scheduled for January.

Anonymous News tweeted about Richmond’s return to the team, promising there would be a presence at the games.

Steubenville put a rapist back on the football team. They also put a list of all their games online. Expect us. http://t.co/EVVtCfg6DZ