‘Virginia is for Lovers – of money,’ Jon Stewart pokes at McDonnells 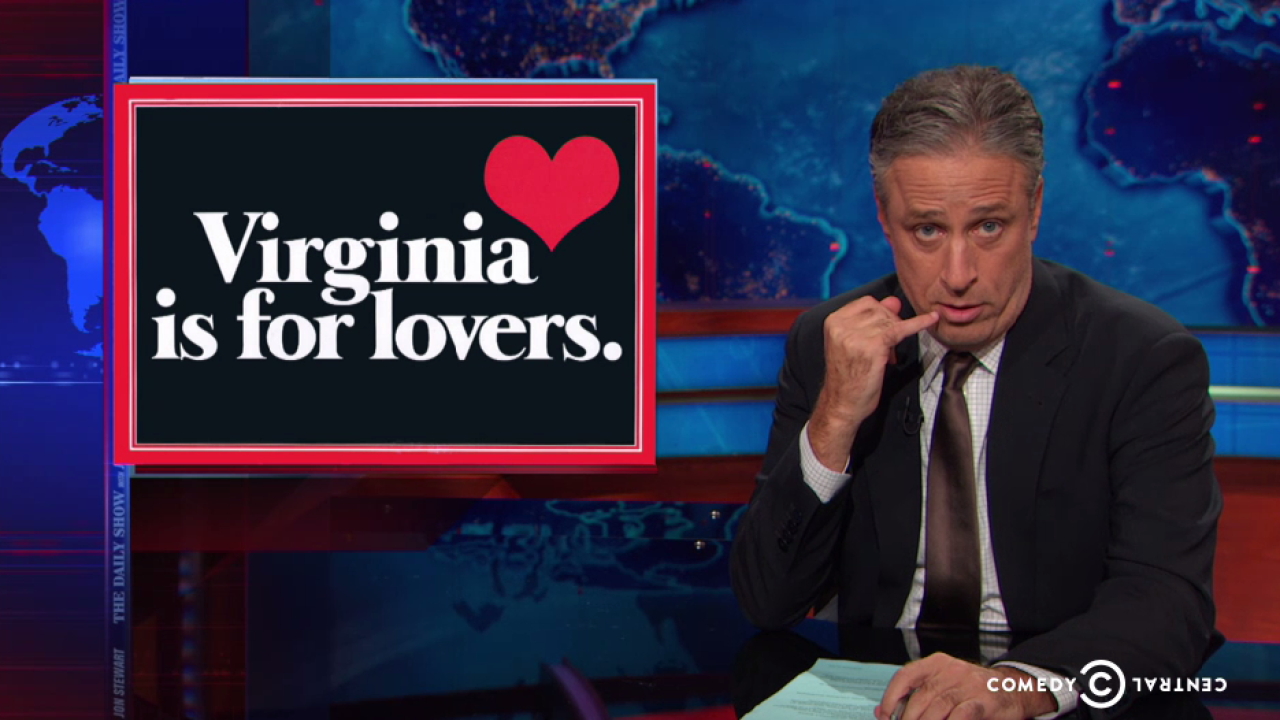 It’s not the first time that Virginia politics have made their way into national living rooms via Rachel Maddow, The Colbert Report or The Daily Show with Jon Stewart.

So it should come as no surprise that with the trial of former state governor Bob McDonnell and his wife Maureen, Virginia once again suffered a few jokes at its own expense.

In an episode called The Giving Spree, the eight-minute monologue drills into the exchange of hundreds of thousands of dollars for a “wonder drug” and quickly draws the conclusion that “this story only has one side.”

And that seems to be “Virginia is for lovers…of money.”

Revisiting that “wonder drug” Anatabloc, Jon Stewart asks, “You may be wondering how a tobacco-based pill into a wonder drug.”

“He nuked the tobacco in 200 Wal-Mart microwaves.”

He goes on to berate the former first lady for pitching Anatabloc to Anne Romney, who has multiple sclerosis. This allegedly happened the same day that Bob McDonell endorsed Mitt Romney for president.

“How do they forgive themselves?” Stewart rhetorically inquired. “Forgetulex, by the makers of Anatabloc,” he responded. “The herbal supplement guaranteed to wipe-out the time you trivialized a woman’s debilitating and incurable disease so that a whacked out supplement huckster would buy you a watch.”

Check out the latest appearance of Virginia politics on national television, in full, here.