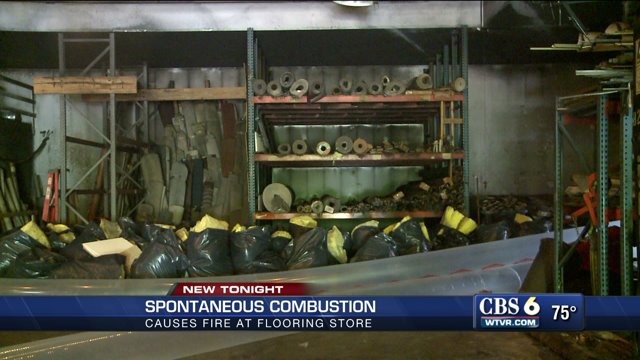 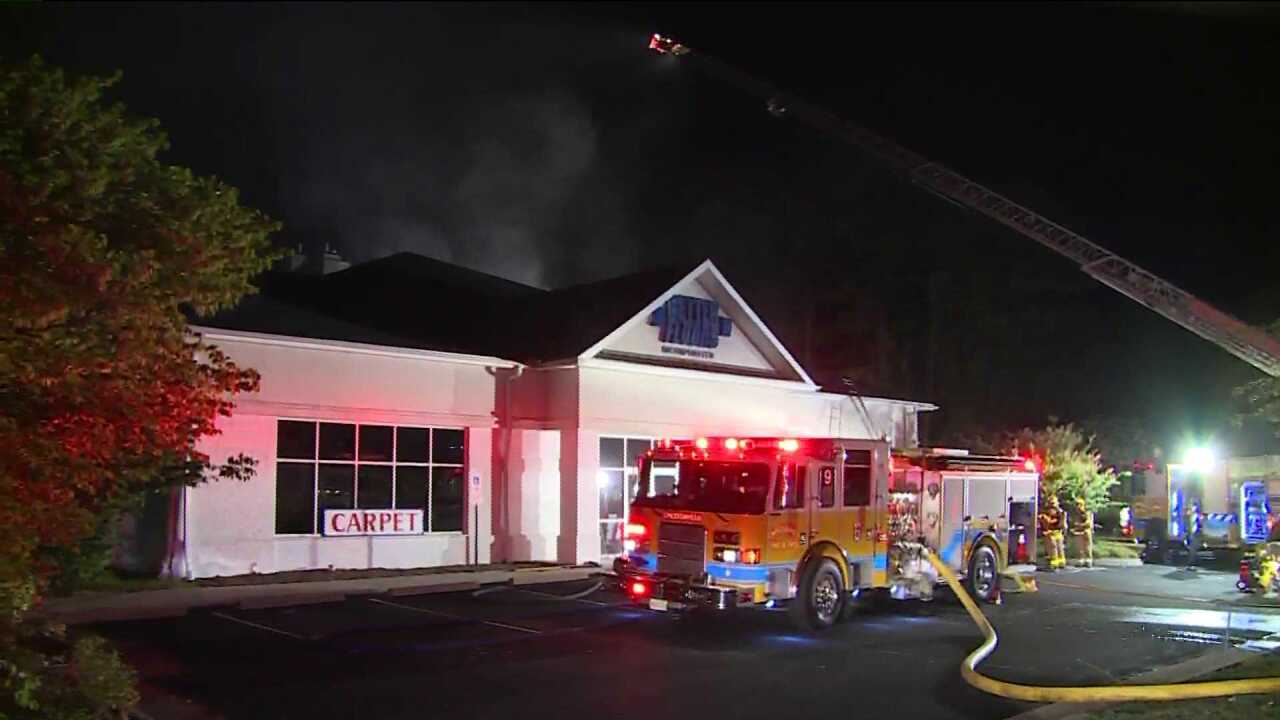 CHESTERFIELD COUNTY, Va. -- The large fire that burned a Chesterfield business last week started due to "spontaneous combustion," according to the Chesterfield Fire Marshals. Crews were called to Better Floors, Inc. located on Polo Place on July 24 to fight the fire.

"The fire started behind the driver’s seat of a business van parked in the warehouse as a result of spontaneous combustion from towels that were used in the flooring process," Chesterfield Fire spokesman Lt. Jason Elmore said.

Elmore said spontaneous combustion can happen when using wood-sealing chemicals. Those chemicals have the ability to produce their own heat.

"It happens more often than you think," he said. "The oil, under the right conditions, can produce its own heat and set the rag on fire."

Elmore advised people using those chemicals should discard rags in metal containers filled with water to prevent a fire.

"Fire crews arrived to find heavy smoke conditions in the warehouse of the building and immediately initiated a second alarm for the incident," Elmore said. "It took crews approximately 1 hour and 15 minutes to get the fire under control."