Sharknado 2 trends on social media, but did you watch? 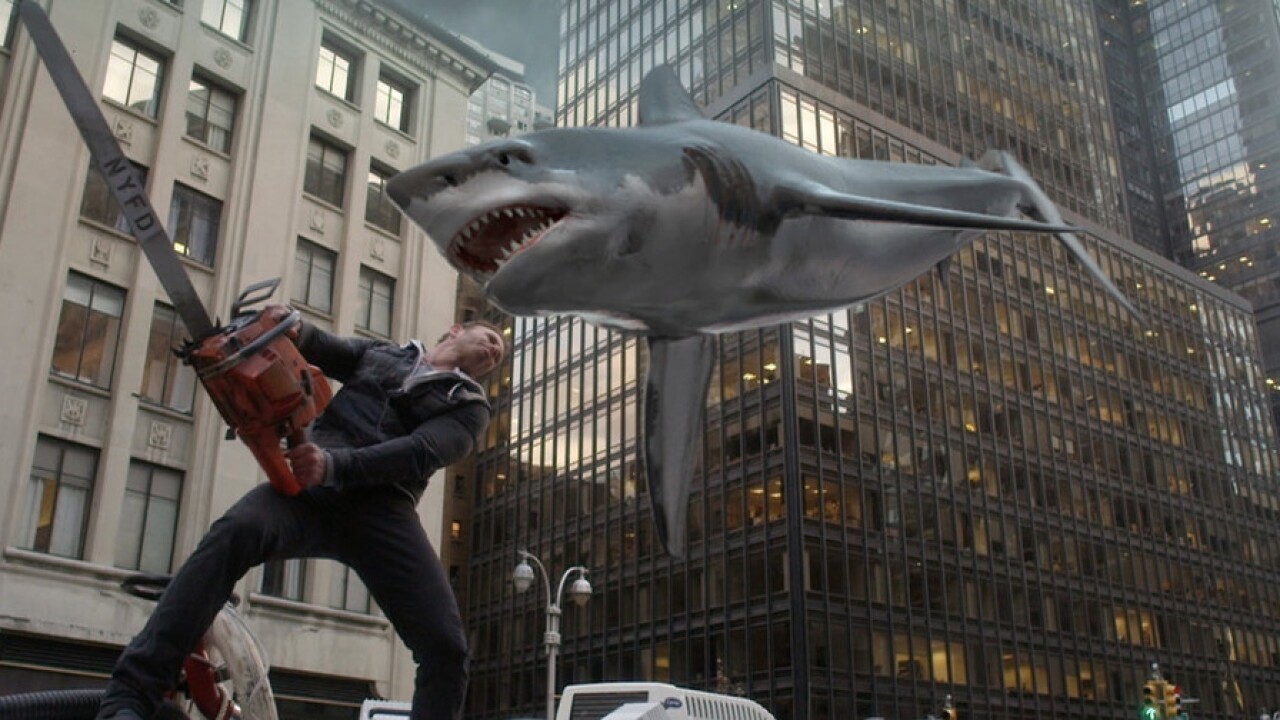 Ian Ziering returns as Fin Shepard in the sequel “Sharknado 2: The Second One.”

What does it say when Americans unite, not once, but twice in a lifetime for a TV show? And not just a TV show, but one where a twister filled with man-eating sharks menaces a major metropolitan area.

We couldn’t afford a psychologist so we’ll just have to look at social media.

Last summer, “Sharknado” churned up a storm of laughs, 5.3 million viewers and enough clever tweets to choke a … shark.

It was the same story Wednesday night for the debut of “Sharknado 2: The Second One” on Syfy.

#Sharknado2TheSecondOne was the top-trending hashtag on Twitter well into the overnight hours and social search website Topsy recorded more than 215,000 tweets with #sharknado2 over the past day.

But what inspires such passion, such creativity?

Is it the rubber sharks flying through Midtown Manhattan, the implausible storyline, the Al Roker cameo?

With this amount of chum in the water, there was bound to be a feeding frenzy, right? And there’s more to come.

Syfy has already signed on for a third “Sharknado” movie. Screenwriter Thunder Levin predicts now that New York has gone down, there might be a “global Sharkapocalypse.”

With all this creativity floating around, some were offering Syfy suggestions for new shows at #NewSyFyOriginals.

This one has promise.

And you know you’ve got a good thing going when the National Weather Service and the Weather Channel are joining in on the fun.

With the sort of splash the franchise is making, you know Americans will likely take the bait again when comes to “Sharknado 3.”