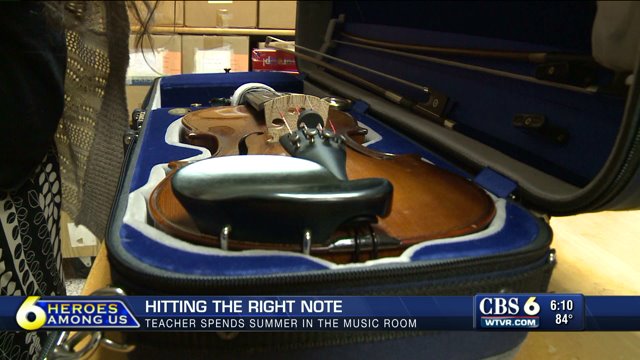 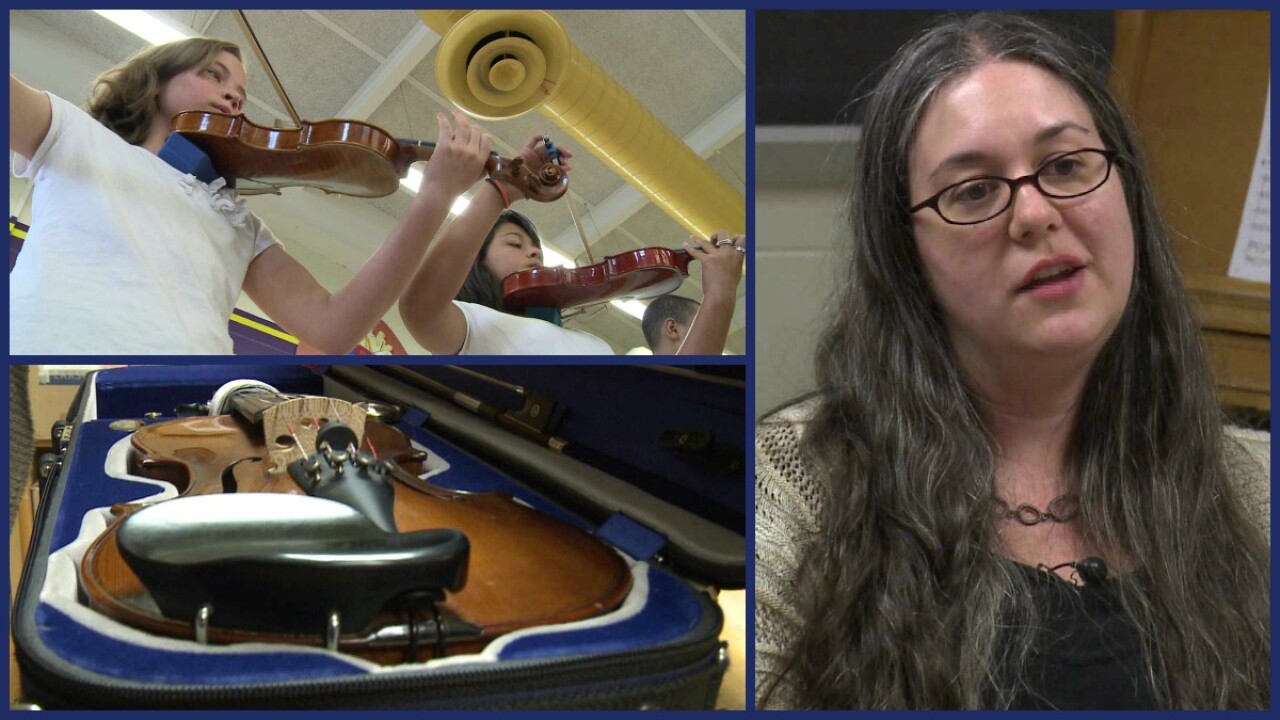 CHESTERFIELD COUNTY, Va. -- Music teacher Jodi Austin defines dedication. During summer recess, she could easily be on a beach or at home relaxing, but the classroom is where she feels most comfortable.

“In the summer I teach the Fine Arts Academy in Chesterfield County,” Austin said. “It is very cool to take something I love so much and be able to share it with kids.”

Austin, who teaches a sort of violin boot camp for students with no experience playing the violin, also hits a sweet note with her students.

“She is one of those teachers who is very kind and nice,” Chesterfield sixth-grader Gabi Purdum said.

“When I first started playing all of the notes were like squeaks,” Isaiah Holloway laments.

It starts when Austin sets a goal: learn to play several songs over the course of one month.

“We have to play ‘Twinkle, Twinkle little Star’. ‘Jingle Bells’. ‘Mary Had a Little Lamb’. My favorite is ‘Ode to Joy’. “People just think it’s hard but it’s not,” 11-year-old Gabi Purdum explained.

Austin's students set their sights on a grand performance in front of a crowd.

The night before the gala students usually experience nerves, but this summer it was Austin experiencing unease.

That's because her beloved 12-year-old Black Lab, Madison, ran away at Rockwood Park off of Courthouse Road after getting spooked the night before the children’s concert at Manchester Middle School.

“She has an irregular heartbeat and I miss her very, very much,” Austin said. “She kind of panicked and took off. I cannot even express to you how much I miss her. She is a great dog.”

Austin’s loss happened just hours before the students concert. With her beloved dog missing and friends and family looking for Madison, Jodi didn’t want to let her budding musicians down by failing to show up for the concert.

“There were people handing out flyers while I was at the performance. I really appreciate,” said a sobbing Austin.

With a heavy heart, Austin lead her students through their first recital -- her commitment never wavering.

“She puts a lot of dedication into the class,” Gabi Purdum said.

“She can really help,” says student Isaiah Holloway. “She won’t let you quit. She really has as nice teacher.”

CBS 6 spoke with Austin late Thursday afternoon as she was wrapping up her summer music class with her students at Manchester Middle School.

Austin still hasn't found her dog, but the lab was spotted Thursday near Kroger on Midlothian Turnpike and near Providence Middle School.