Could the Ebola outbreak come to the United States? 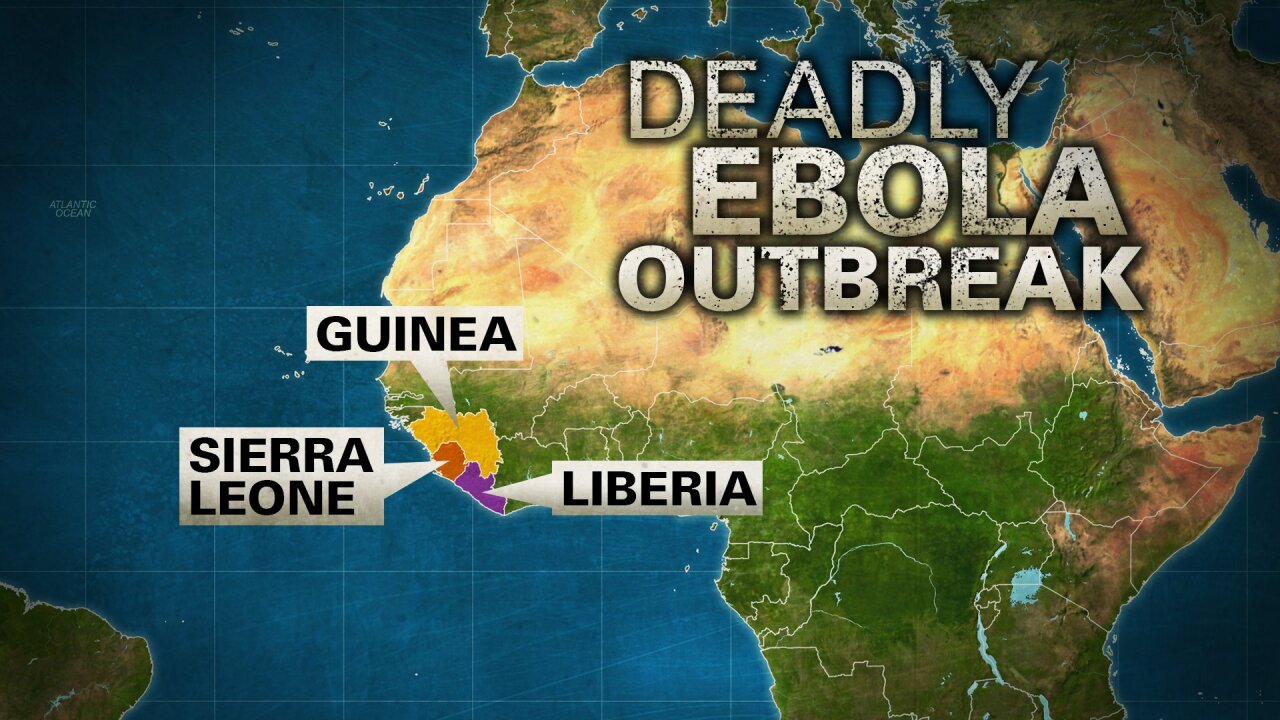 This map outlines countries where the Ebola virus outbreak began. On July 27, 2014, at least 1,201 people in Guinea, Sierra Leone and Liberia have been infected by what is believed to be the virus, the World Health Organization said.

NEW YORK — A man boards a plane in Liberia with a slight fever. As the jet nears an airport in New York, his temperature rises; his throat grows sore.

It’s the flu, he thinks after he lands, but he’s wrong. He’s caught the deadly Ebola virus.

He soon dies of hemorrhagic fever while surrounded by family. Some of them catch it, and it’s like a flame hitting a fuse.

The United States erupts in its first ever Ebola pandemic, as healthcare workers fight an uphill battle to contain it.

Could what sounds like the plot of a Hollywood pestilence thriller really happen here?

Well, yes and no.

Yes, Ebola can come to the United States.

But no, there’s no reason to panic.

“This is not an epidemic; it’s not the kind of disease that can sweep through New York,” said Dr. Alexander van Tulleken of Fordham University.

Given that international air travel is commonplace, it’s realistic that an infected passenger could land in the country.

Patrick Sawyer, a U.S. citizen working in Liberia, fell violently ill while in a plane to Nigeria earlier this month. He was planning on returning to his family in Minnesota but died before he could.

A person can be infected and not show symptoms for up to three weeks. So it’s possible for someone to fly to the United States with the virus but feeling fine.

Then he could develop symptoms of Ebola hemorrhagic fever, which would make the patient capable of passing the virus.

To catch it, one has to come into contact with a sick person’s bodily fluids — sweat, saliva, blood or excrement.

Experts agree that the disease would not spread far like it has in Sierra Leone, Guinea and Liberia, where it has killed more than 600 people in the largest Ebola outbreak in recorded history.

There are two reasons for this:

— Though Ebola is aggressively infectious, which means that those infected are highly likely to get sick, it’s not very contagious, meaning that it doesn’t spread easily.

— Public health educators and medical professionals in the United States and other highly industrialized countries would deal with it swiftly. It’s an advantage the poor affected countries in West Africa don’t have.

“It certainly is feasible that someone could come to the United States who is infected and gets sick here. No one’s denying that,” says Dr. Anthony Fauci of the National Institutes of Health. But the healthcare system in the United States gives it the ability “to do the kind of isolation that apparently is very difficult to do within the healthcare infrastructure in the African countries that we are talking about.”

To answer that, consider the following –

That’s one of the big advantages that industrialized nations, such as the United States, have in fighting Ebola’s spread.

First teach healthcare workers to recognize Ebola cases. Then quarantine them. Then keep people out of contact with their bodily fluids, while it runs its course.

The CDC has alerted health workers in the United States to keep an eye out for symptomatic patients who have recently traveled to West Africa.

If a case does turn up, public health officials will work to rapidly track down other people the patient has come into contact with and screen them for the virus.

They are currently looking for anyone who may have come into contact with Sawyer.

“Epidemics of disease are often followed by epidemics of fear and epidemics of stigma,” says Dr. Marty Cetron of the Centers for Disease Control and Prevention. “All these kinds of things occur in a social context that can make containment very, very challenging.”

In many parts of West Africa, rumors have spread that eating raw onions will protect from the disease, while mangoes may promote it, the World Health Organizations has said.

Villagers carry out their usual burial of the dead, coming into contact with bodily fluids and infecting themselves.

With too few people to mount a tough battle against the spread of the disease itself, aid workers have said they are putting a lot of emphasis on education.

They are teaching local residents to stay out of contact with the virus while they treat the sick. But locals often view them with suspicion, some accusing them of bringing the disease to the country.

“We don’t have a vaccine and we don’t have any drugs that work on it at the moment,” Dr. van Tulleken says. “The treatment is entirely what we call supportive care.”

Much of the treatment involves simple nursing, things such as proper hydration and nutrition.

In places where aid workers in West Africa have done so, they have been able to save about 45% of those infected so far.

Without treatment, the death rate can run as high as 90%, Doctors Without Borders has said.

A pretty sure way not to catch the virus is not to have unprotected contact with sick patients.

That’s why Ebola caregivers dress in head-to-toe protective gear with masks, and patients are isolated in tent-like structures, making it look like the scene of a chemical spill.

How the United States and the West can help is to devote money and staff to contain the virus in West Africa.

“We’re not doing a brilliant job of containing the epidemic in terms of the resources we’ve devoted to it so far,” van Tulleken says.