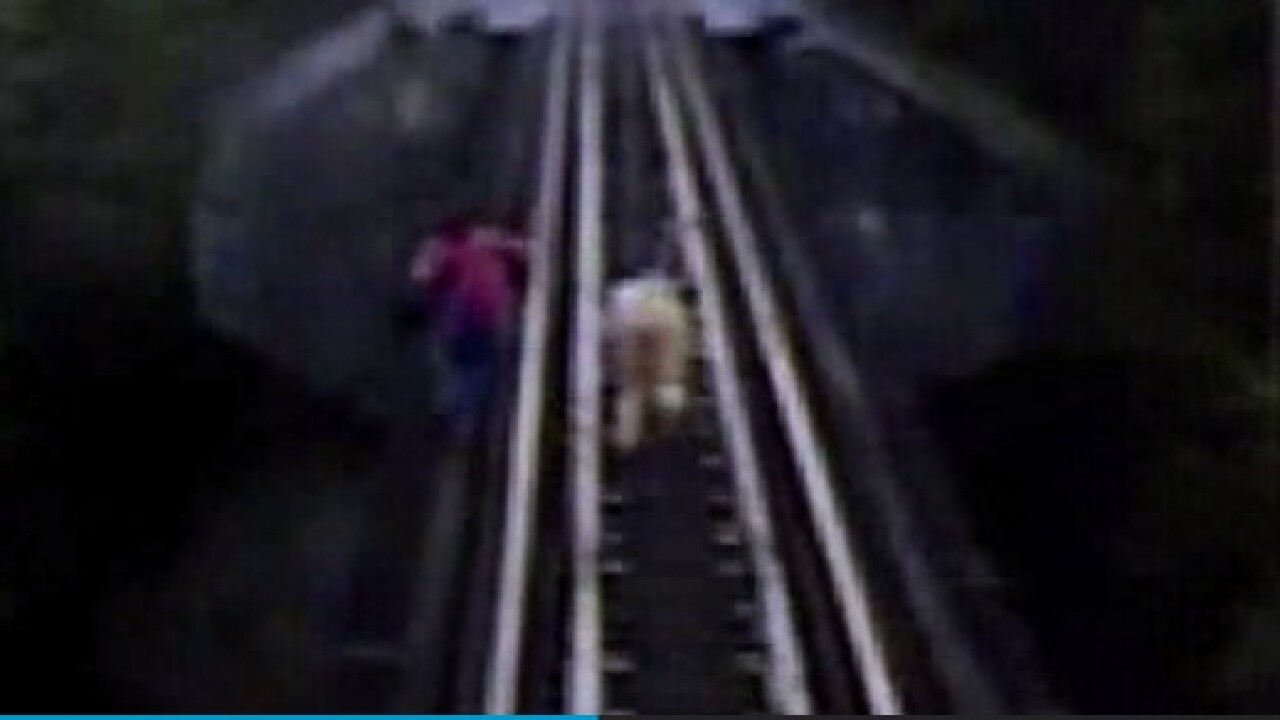 MONREO COUNTY, IN — Two women narrowly escaped death after facing down a train earlier this month.

On July 10, the women were walking on the railroad tracks on the Shuffle Creek Trestle, a bridge over Lake Lemon about ten miles northeast of Bloomington, when they noticed a train was coming toward them, WXIN reports.

The engineer of the lead locomotive spotted them as the train came around a curve at 30 mph. The bridge is about 500 feet long and 80 feet high, and the women had nowhere to go.

Video from the locomotive shows them trying to run away when they see the train. It’s clear that they won’t be able to make it to safety, and they can’t jump off the side because it’s too high. Meantime, the train horn goes off repeatedly.

One woman lies down on the tracks; the other soon follows suit.

By the time the train is able to stop, the cars have already passed the point where the women had taken refuge. The engineer assumed the two women had died and contacted the Monroe County Sheriff’s Department to report what happened.

The women escaped serious injury. They ran to a nearby car and drove away after their brush with death. They have been identified by law enforcement, and the case is now a criminal matter.

Tom Hoback from the Indiana Rail Road Company said the case should remind the public that railroad tracks are private property and trespassing could lead to a potentially dangerous encounter.

“The consequences of trespassing on railroad-owned property are never taken seriously by those choosing to do so, and this incident at Lake Lemon is one of the most glaring examples I’ve seen in more than 40 years in this business,” Hoback said.

Statistics show 908 people were killed in the United States by trespassing on railroads in 2013; 38 of those deaths were in Indiana.