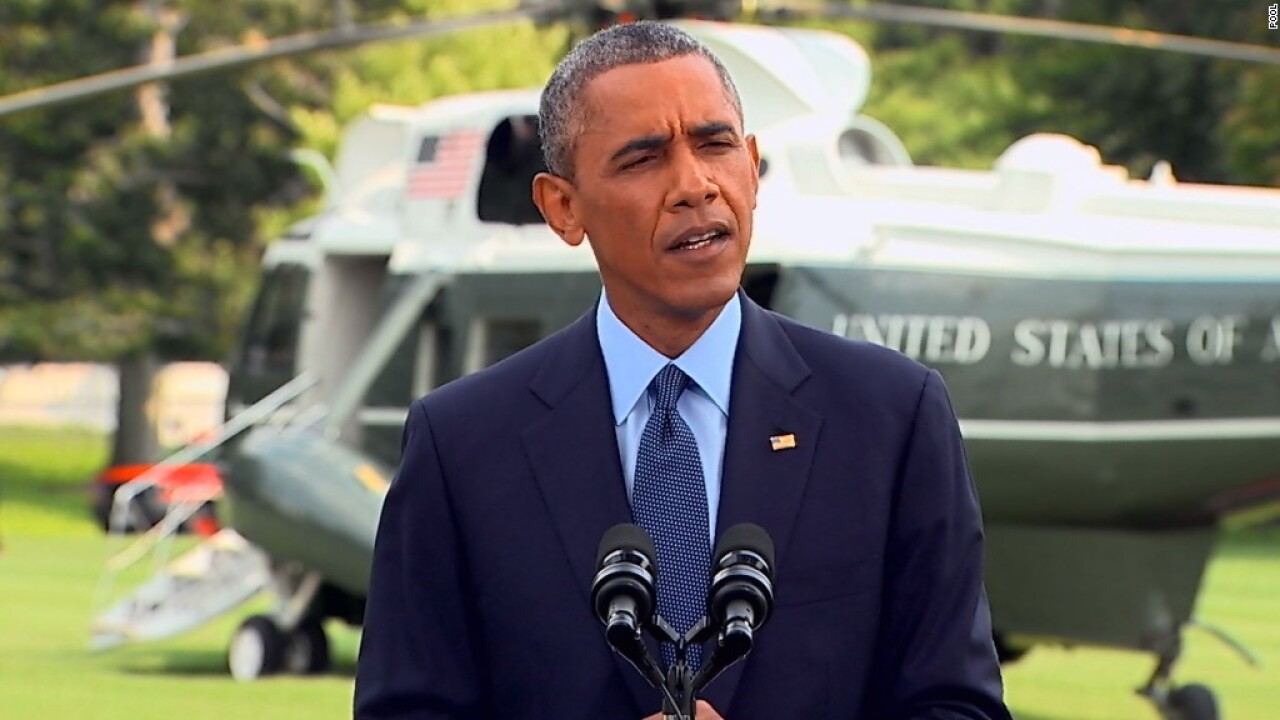 DONETSK, Ukraine — President Barack Obama on Tuesday announced new U.S. sanctions against Russia, saying they will ratchet up pressure on Moscow for its failure to take steps to stop the conflict in Ukraine.

“If Russia continues on its current path, the cost on Russia will continue to grow,” Obama said, “and today is a reminder that the United States means what it says. We will rally the international community in standing up for the rights and freedom of people around the world.”

Among the new sanctions announced Tuesday: Three Moscow-based banks — Bank of Moscow; Russian Agricultural Bank; and VTB Bank OAO — will not be able to get new medium- and long-term financing in the United States, the U.S. Treasury Department said.

The sanctions are not part of a new Cold War, Obama said.

“What it is, is a very specific issue related to Russia’s unwillingness to recognize that Ukraine can chart its own path,” Obama said, referring to the sanctions.

“It didn’t have to come to this. It does not have to be this way,” Obama said. “This is a choice that Russia and President (Vladimir) Putin in particular has made. … The path for a peaceful resolution to this crisis involves recognizing the sovereignty, the territorial integrity and the independence of the Ukrainian people.”