Calif. restaurant to parents: Keep your ‘noisy children’ out of our dining room 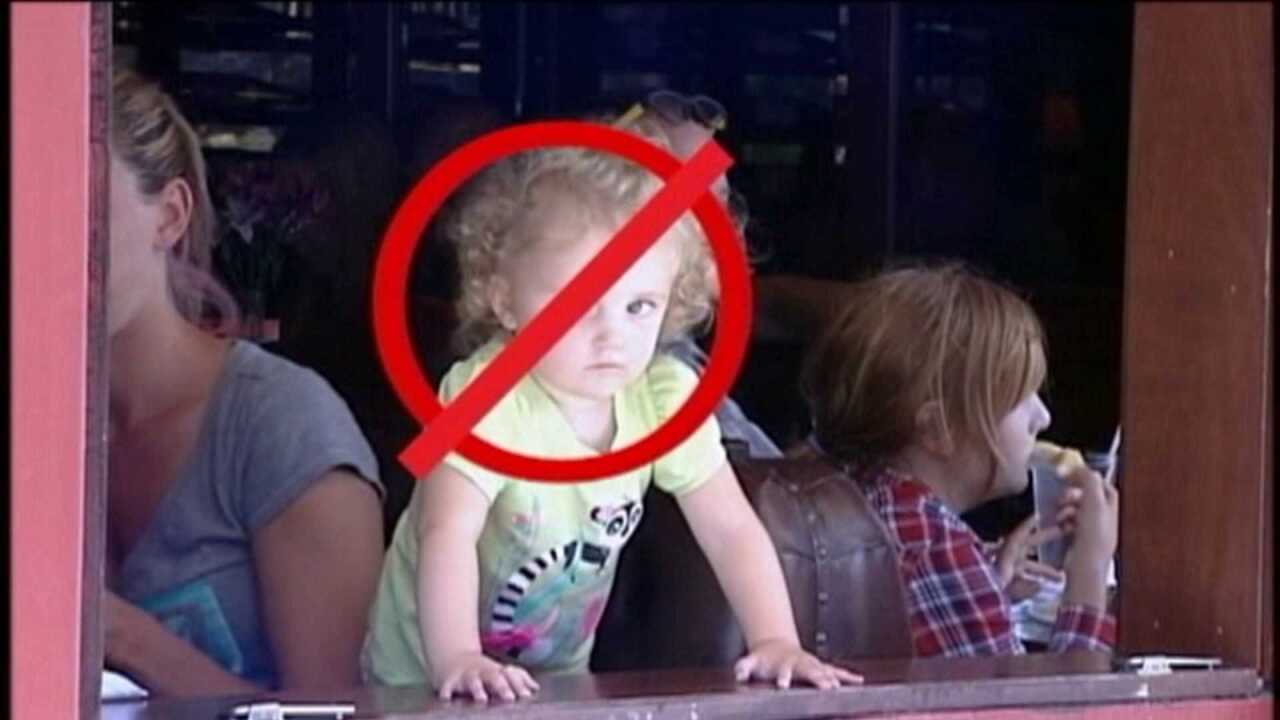 MONTEREY, Calif. – Some tourists are complaining about a popular California restaurant's “no noisy children" policy, but the owner says the ban is not hurting his business.

A sign outside the Old Fisherman's Grotto clearly states: “no strollers, no high chairs, no booster chairs -- and children making noise are not allowed in the dining room.”

However, some tourists -- and children -- have been taken aback by the policy. That's because Fisherman's Wharf is one of the Monterey Peninsula's biggest tourist attractions.

"I think it's not fair because I think little kids deserve to go in there," one girl said.

Another woman said she was offended by the "whole crying baby thing."

Mother Niki Riviere said she was stunned when she was unable to score a high chair for her six-month-old.

"I'm completely shocked because I never had that happen. Usually they cater -- at least have a high chair for the child,” Riviere said. “But it seemed like they didn't want any child. They said the child can't make any noises in there, so they turned us away."

Chris Shake, the owner of Old Fisherman's Grotto, said he does not care if some people are offended. In fact, he said if you don't like the policy, find somewhere else to chow down.

"If a place has the rules, that's what the rules are, you go in and abide by the rules or you find a place that's more suitable to your dining," Shake said.

And he said the controversial rules have not impacted the restaurant’s bottom line.

"Well let's put it this way, I haven't had a down year in over 20 years,” Shake said. “Our business continues to grow."

Shake also pointed out that the current policy has been in place for two years. And since that time, they've recently posted a third sign.