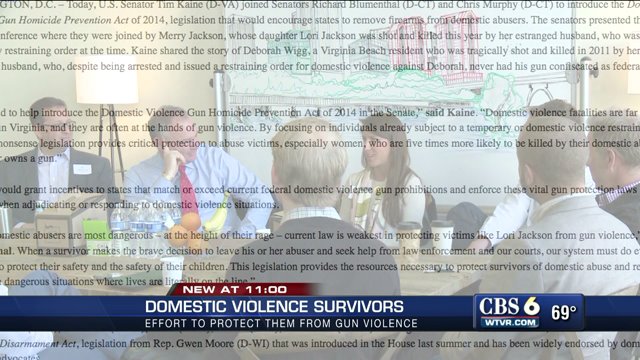 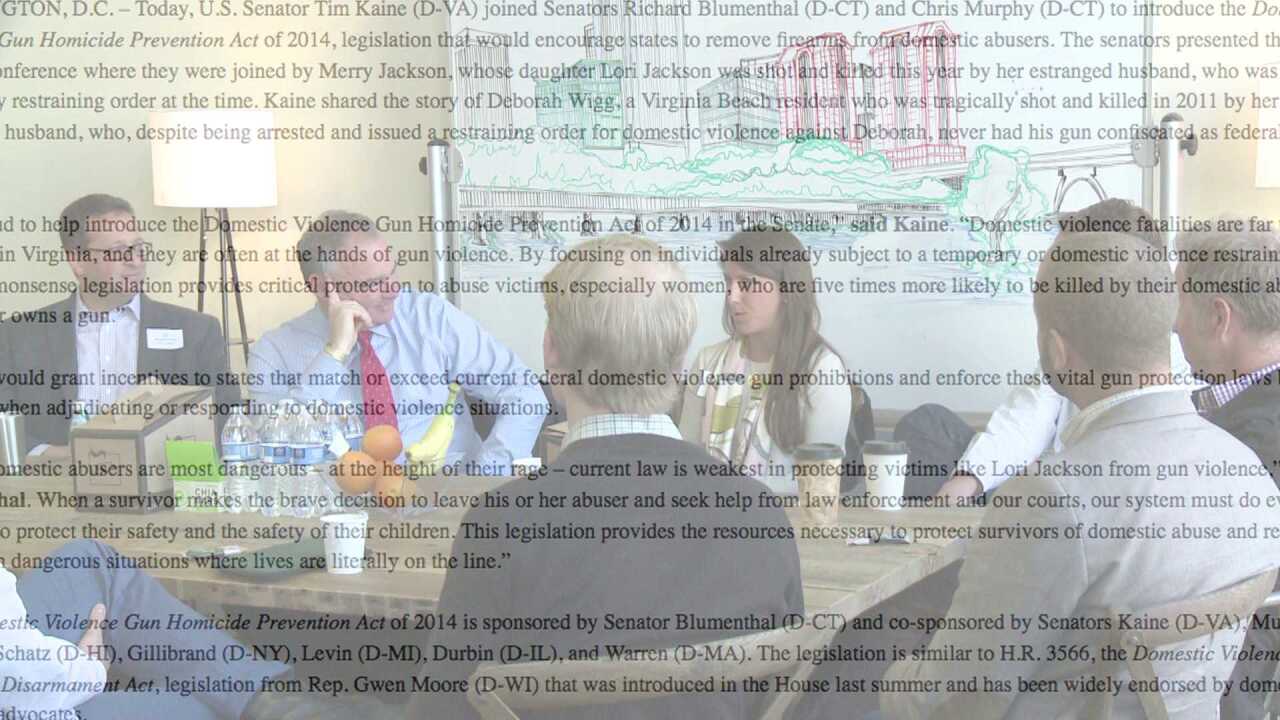 WASHINGTON -- For nearly 20 years Aretha dealt with the constant pain of abuse from her now estranged husband. She is now a domestic violence survivor and said it's her faith that has brought her to this point.

"I could have been killed, but God kept me," she said.

However, not everyone is as lucky. Domestic violence deaths are far too common in Virginia.

Sen. Tim Kaine said many are often at the hands of gun violence.

In an effort to help put a stop to that, Kaine alone with other law makers have introduced the Domestic Violence Gun Homicide Prevention Act of 2014.

"I think it's a good idea," said Aretha.

The legislation would encourage states to remove guns from domestic abusers and enforce gun protection laws by seizing firearms when responding to domestic violence situations.

However, Aretha said she still has concerns and believes more needs to be done.

"The abuser won't pay any mind," she said. "They are going to still do what they want to do."

Still, she said she hopes to continue to seek more work like this so every survivor might one day feel completely safe again.

"I hope and pray that there will be," she said.