‘I didn’t think I was doing anything wrong.” Mom arrested for allowing 7-year-old son to walk to park alone 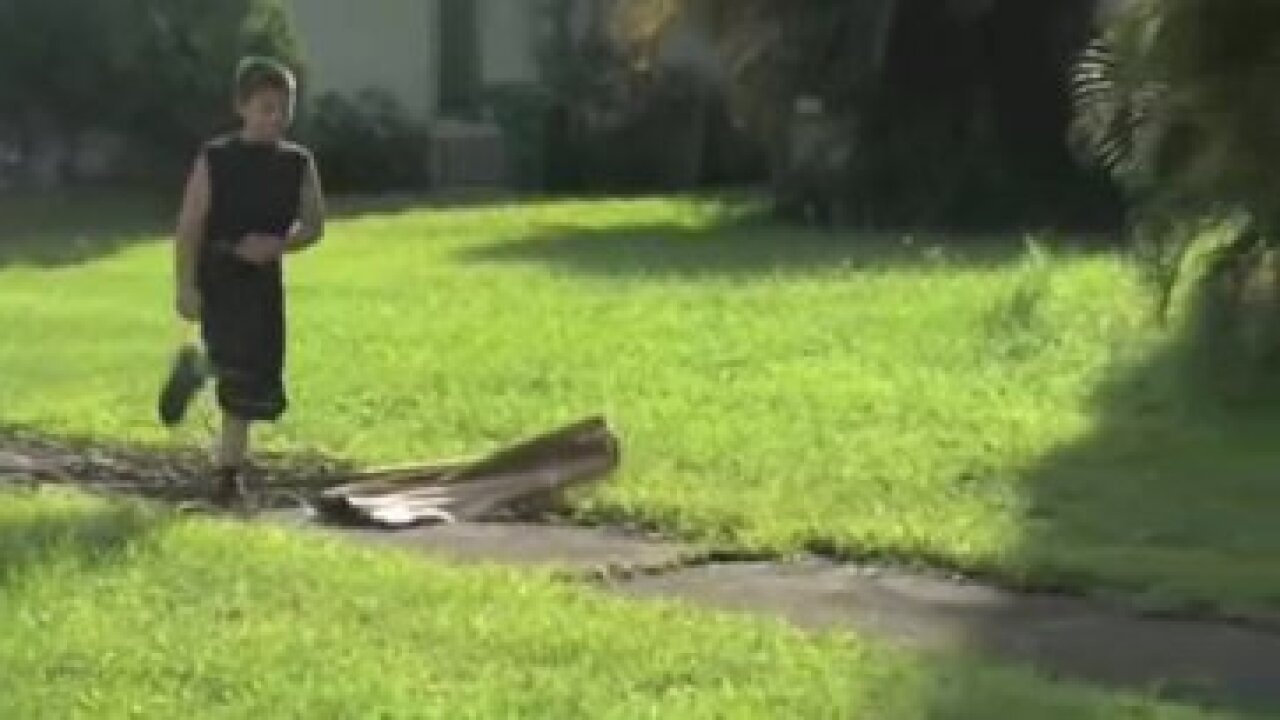 PORT ST. LUCIE, Fla. — A Florida mother is facing a child neglect charge after she allowed her son to walk to a local park alone.

“I’m totally dumbfounded by this whole situation,” said Nicole Gainey, who on Sunday gave her son Dominic permission to walk from their house to Sportsman Park. “I honestly didn’t think I was doing anything wrong, I was letting him go play.”

The park is one-half mile from their home, about a 10- to 15-minute walk. Along the way, the 7-year-old passed a public pool and someone asked him where his mother was.

“They asked me a couple questions and I got scared so I ran off to the park and then they called the cops,” Dominic said.

The boy was playing when Port St. Lucie Police pulled up.

“They said where does your mom live?” he said.

Police took him home and that’s when his mother was arrested, charged with child neglect. Gainey says she was shocked.

“My own bondsman said my parents would have been in jail every day,” she said.

The officer wrote in the report that Dominic was unsupervised at the park and that “numerous sex offenders reside in the vicinity.”

But Gainey says she believes Dominic is mature enough to go to the park alone during the day. She adds he always has a cellphone, which she calls to check on him.

Gainey plans to fight the felony charge, but after this, she won’t let Dominic go to the park alone. She’s afraid she’ll be arrested again.