Prosecutors fought back against 99-Goon Syndicate with old gang laws 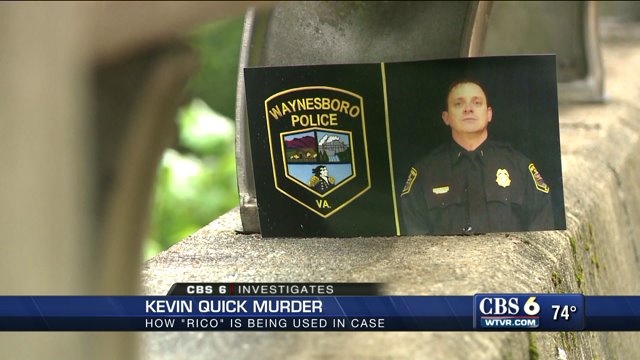 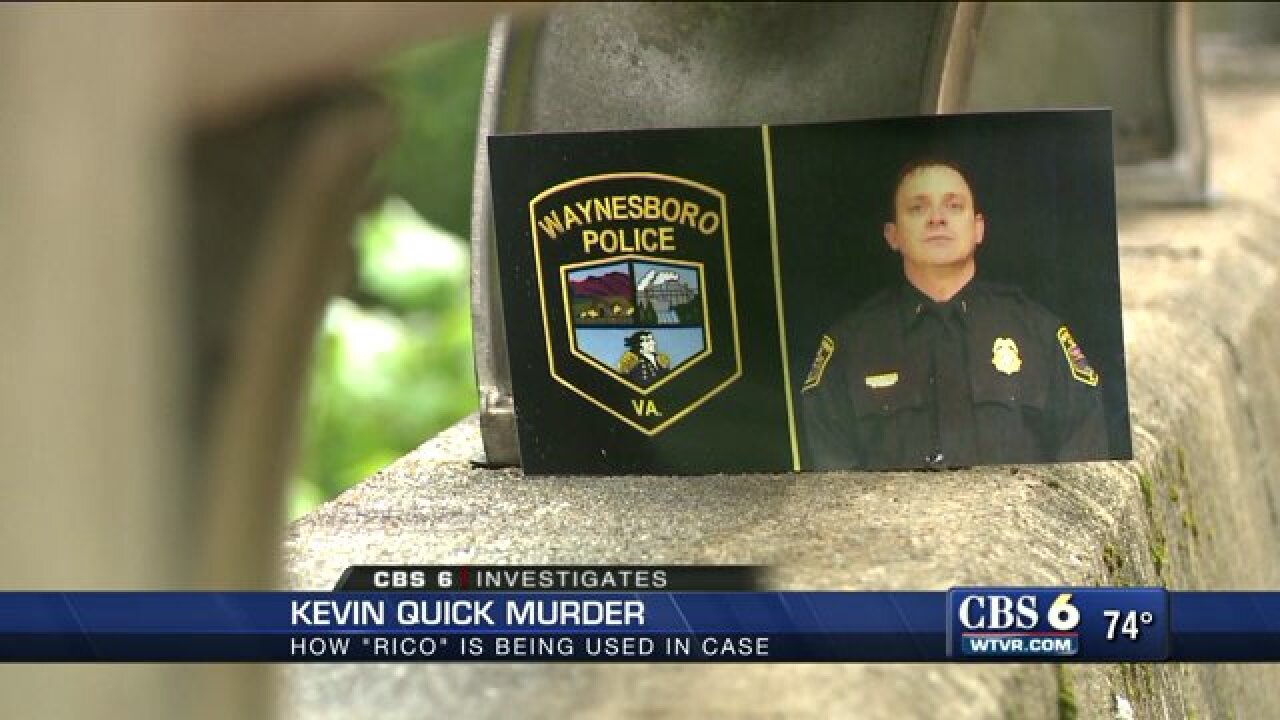 CHARLOTTSVILLE, Va. --On February 6, in a timbered area near the Goochland County line, police officers found the body of Waynesboro Police Reserve Captain Kevin Quick.  It was a crime that sent shock waves through Central Virginia.

According to a 39-page indictment filed in federal court, Cpt. Quick was kidnapped and murdered a week earlier by members of the 99-Goon Syndicate, a gang federal agents said was affiliated with the infamous “Bloods” street gang.

The gang is responsible for a violent crime spree that lasted more than two years and stretched across various counties in West-Central Virginia, prosecutors allege.

Charges, ranging from robbery to assault to murder, were all filed under a federal statute called RICO, an acronym for Racketeering Influenced and Corrupt Organizations.

RICO was passed by Congress in 1970 to target one of the most notorious criminal organizations in U.S. history, the mafia.  As crime families like La Costa Nostra began to infiltrate legitimate businesses, federal prosecutors wanted the clout to fight back.

“To basically remove the mob’s influence from legitimate businesses; which would, of course, have unfair advantages such as bumping off our competition or threatening them,” said attorney David Smith, who co-authored a book on the statute.

Click HERE for complete coverage of the Kevin Quick case.

Smith said RICO has evolved since that time.

“The Supreme Court has given RICO a very broad construction, much broader than I think Congress intended,” Smith said.  “RICO has frequently been used to go after gangs, whether huge gangs or small gangs.”

Since many of the 99-Goon Syndicate’s alleged crimes were carried out in different jurisdictions, Smith said RICO allows investigators to charge the suspects under one federal indictment, even though many of the charges would usually be handled by local prosecutors.

In certain legal circles, part of the controversy surrounding the statute is how much power it gives prosecutors.  Since they allege a pattern of criminal behavior carried out as a part of a larger conspiracy, Smith said RICO indictments usually have a noticeable impact on juries.

“When you get the whole picture [of a gang’s activity], it tends to greatly favor the government,” said Smith.

Two of the nine suspects listed in the indictment have pleaded guilty to the charges they faced.  The attorney for a third suspect said his client may plead guilty as well.

However, none of those suspects were directly involved in Cpt. Quick’s murder.

Few people experienced the alleged violence of the 99-Goon Syndicate like Jagdeep Singh.

“When I saw him, he had a gun on me in seconds,” said Singh, owner of MacQueen’s Grocery in Bumpass, VA.

Shortly before Christmas of 2013, Singh was robbed at gunpoint behind the counter of his store by Daniel Mathis, one of the gang members charged with murdering Cpt. Quick, according the indictment.

The alleged robbery only lasted a few seconds, but Singh still vividly recounts that night.

“He started the countdown: five, four, three, two.  He was going to shoot I think,” Singh said.

Context adds perspective for the storeowner, who said he feels lucky that all he lost that winter night was money.

The U.S. Attorney’s Office in the Western District of Virginia could not specifically comment on the indictment since it is an open case.

Phone messages to lawyers representing six of the suspects who have not pled guilty were not returned.