Kerry caught on hot mic: Was he criticizing Israel? 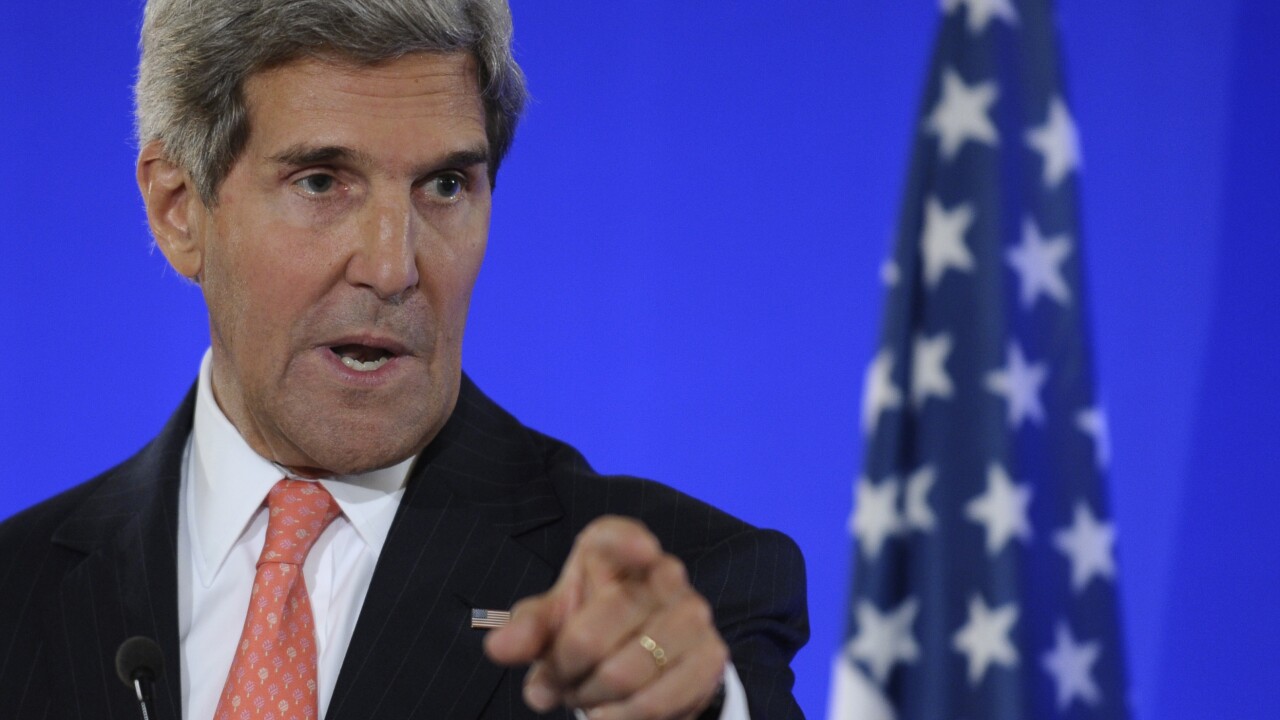 Secretary of State John Kerry raised eyebrows Sunday following comments, caught on an open mic, that left some wondering whether he was criticizing Israeli assurances that its ground offensive in Gaza would be limited?

Kerry’s comments occurred between multiple television interviews. He was heard in a phone conversation with a State Department deputy, Jonathan Finer, discussing the deaths of Israeli soldiers killed overnight.

“I hope they don’t think that’s an invitation to go do more,” Kerry said in the unguarded moment. “That better be the warning to them.”

At that point, Finer is heard mentioning the number of Palestinians wounded and killed in the past 24 hours.

Noting that the situation is “escalating,” Finer added: “it just underscores the need for a cease fire.”

“We’ve got to get over there,” Kerry said, adding, “I think, Jon, we ought to go tonight. I think it’s crazy to be sitting around. Let’s go.”

In a later interview with Fox News, host Chris Wallace played the recording for Kerry.

“When you said ‘It’s a hell of a pinpoint operation,’ are you upset that the Israelis are going too far?” Wallace asked. “And, in fact, do you intend to go back to the Middle East tonight, sir?”

“You have people who’ve come out of tunnels. You have a right to go in and take out those tunnels. We completely support that. And we support Israel’s right to defend itself against rockets that are continuing to come in. Hamas has started this process of rocketing, after Israel was trying to find the people who killed three young — you know, one American kid, three young Israeli citizens. It’s disgraceful.”

Kerry continued: “And so, yes, it’s tough. It’s tough to have this kind of operation. And I reacted obviously in a way that, you know, anybody does with respect to young children and civilians. But war is tough, and I said that publicly and I’ll say it again. We defend Israel’s right to do what it is doing in order to get at those tunnels.”

The White House said later that Kerry would soon go to Cairo to seek an immediate cessation of hostilities.