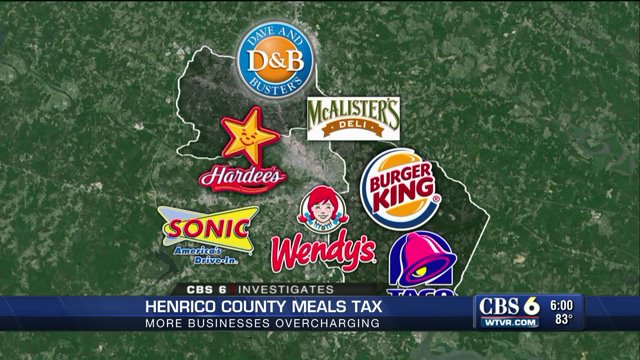 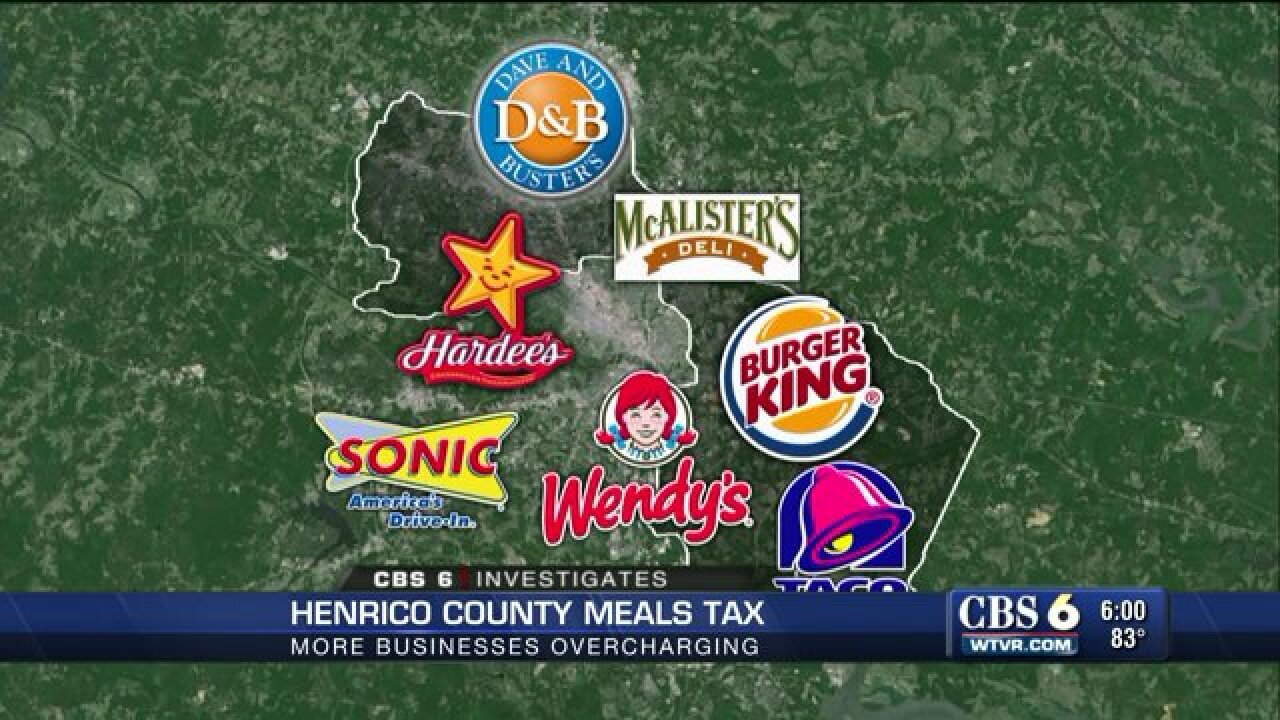 HENRICO, VA (WTVR) -- On Monday, CBS 6 told you about a problem in Henrico County in which businesses were overtaxing customers and incorrectly applying the meals tax to purchases.

Under Henrico law, the meal tax does not apply to the purchase of a beverages. The meal tax should only be applied if a meal is purchased, including the beverage if it is purchased with the meal.

The following seven locations were busted charging 9.3%, which is sales and meal tax, as opposed to a 5.3% tax when only a beverage was purchased.

The general managers at several of these locations said they simply didn't understand the new tax law, which went into effect on June 1. Many promised to fix the mistakes as soon as possible.

County Finance Director Gene Walter said "the county should not suspend the meal tax" when asked if it should be paused until more businesses comply, and understand the fine print.

Walter pointed to several other establishments including Chick-fil-A and Miller's Convenience Store which have successfully updated their systems to charge correct taxes.

Walter reminds Henrico residents that individual businesses are responsible for refunds and that customers should alert the county as to what establishments are incorrectly taxing so he can have them correct it.

Walter says that the overtaxes will still be collected when handed over to the county by individual businesses.

"Anything that is over-collected will be remitted to the county and will go to Henrico County schools," he said.