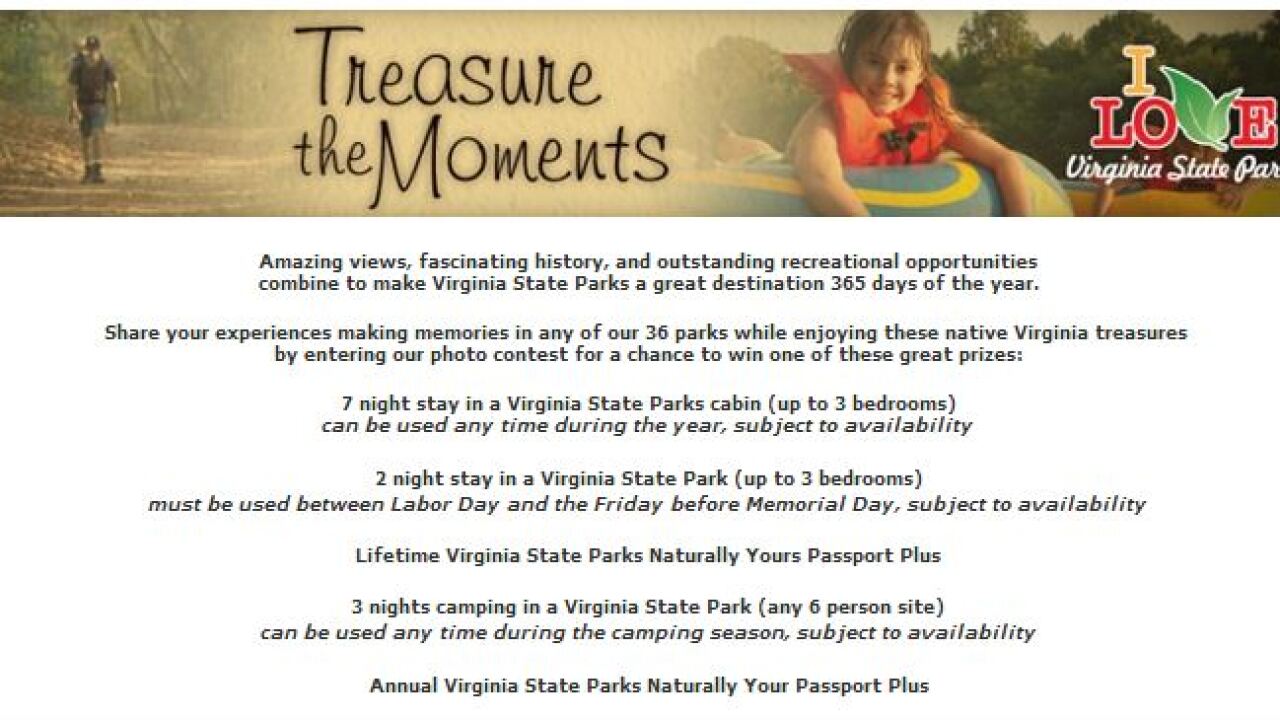 “This photo contest allows our visitors the opportunity to capture forever the locations, items and scenery they treasure in our parks,” Craig Seaver, Virginia Department of Conservation and Recreation interim state parks director, said.

To enter the contest, submit a photo from one of Virginia’s 36 state parks on Facebook or Twitter.

“The contest continues through August 13 and the winners have the chance to win a grand  prize of  a weeklong stay in a Virginia State Park cabin or campsite. Other prizes include two nights in a cabin, three nights of camping as well as park passes,” the department announced.