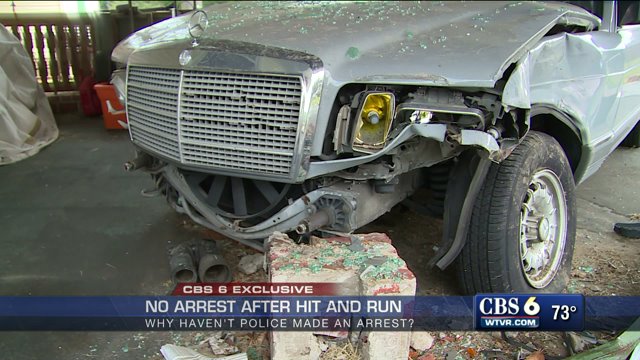 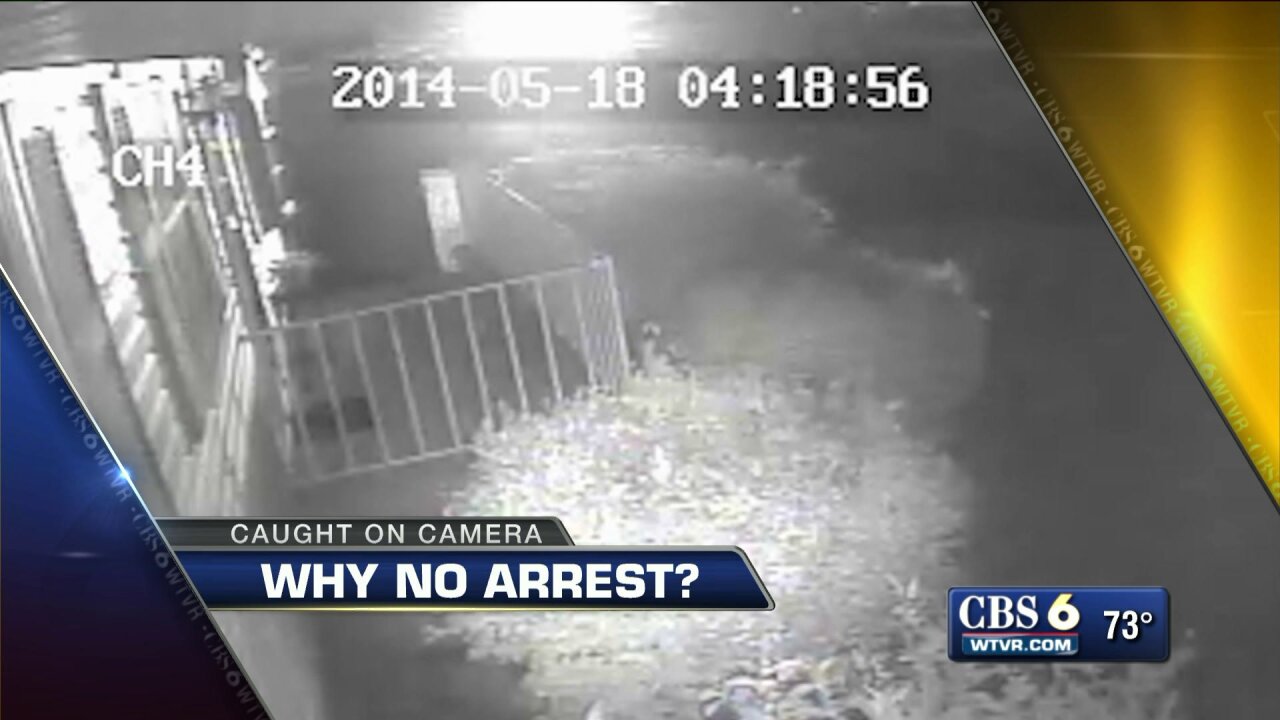 RICHMOND, Va. -- A Richmond homeowner is looking for answers from the Richmond Police Department after a hit and run accident on his property.

The accident happened May 18 in the 5700 block of Swanson Road, but two months later twisted medal, shattered glass and torn up tire tread  still litter his property.

"He just came right up on here on this berm and launched himself," said homeowner Al Palmer.

Palmer wasn't home when this destruction took place, but his surveillance cameras were rolling.

"What we see is a car that literally launches into the yard and impacts the iron and masonry works here," said Palmer. "Impacts this car and into a second car here."

The video shows a van traveling at a high rate of speed that goes airborne.

You see the driver get out of a Honda Odyssey, look around and flee.

That driver, who is now considered a felon under Virginia law, left behind thousands of dollars of damage; including a totaled Mercedes Benz, another parked car and damage to the home.

"He, as told to me, has no documentation on him, doesn't have a Virginia driver's license and is probably here illegal," said Palmer.

CBS 6 went to the Richmond home where the suspected driver's sister, who owns the van involved in the crash lives, no one was home.

Palmer wants the Richmond Police to do the same.

"They know where he is, they've talked with him, he has even called the insurance company and admitted that he was driving the van,"said Palmer.

Palmer said the first call he got from an investigator on his case was Monday, after CBS 6 started making calls to the department.  We requested an interview with the RPD, they said they don't have specifics on the case because the officer handling it is off, but that this is still an ongoing investigation.

"I haven't gotten a response on anything that has culminated any satisfaction for me," said Palmer. "The fact is I'd like to see him apprehended; it's a matter of principle."

Accountability, Palmer said, for an accident that has consumed him.

One he will continue to rewind until investigators move forward.

"I am out quite a bit of money right now, but I am more concerned about finding the driver of the vehicle," said Palmer.

Palmer said he's out about $13,000 at this time, but he won't settle just yet with the insurance companies until justice is served.  He is willing to take this case to court, but realizes an arrest will make this case even stronger.

It is not confirmed that the suspected driver has admitted guilt or is living in this country illegally. The Richmond Police department assured CBS 6 they will follow up with us when the investigating officer returns to work.