Pepper the Schnoodle hurt after Richmond dogs on the loose attack 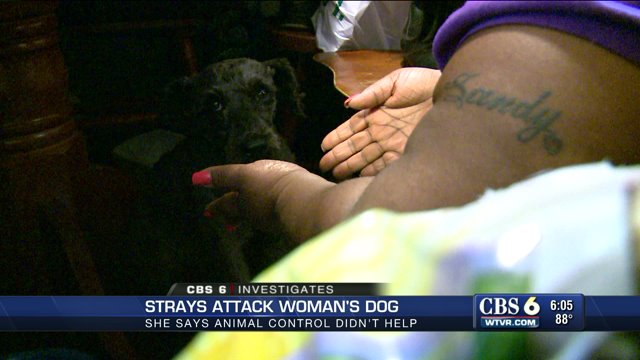 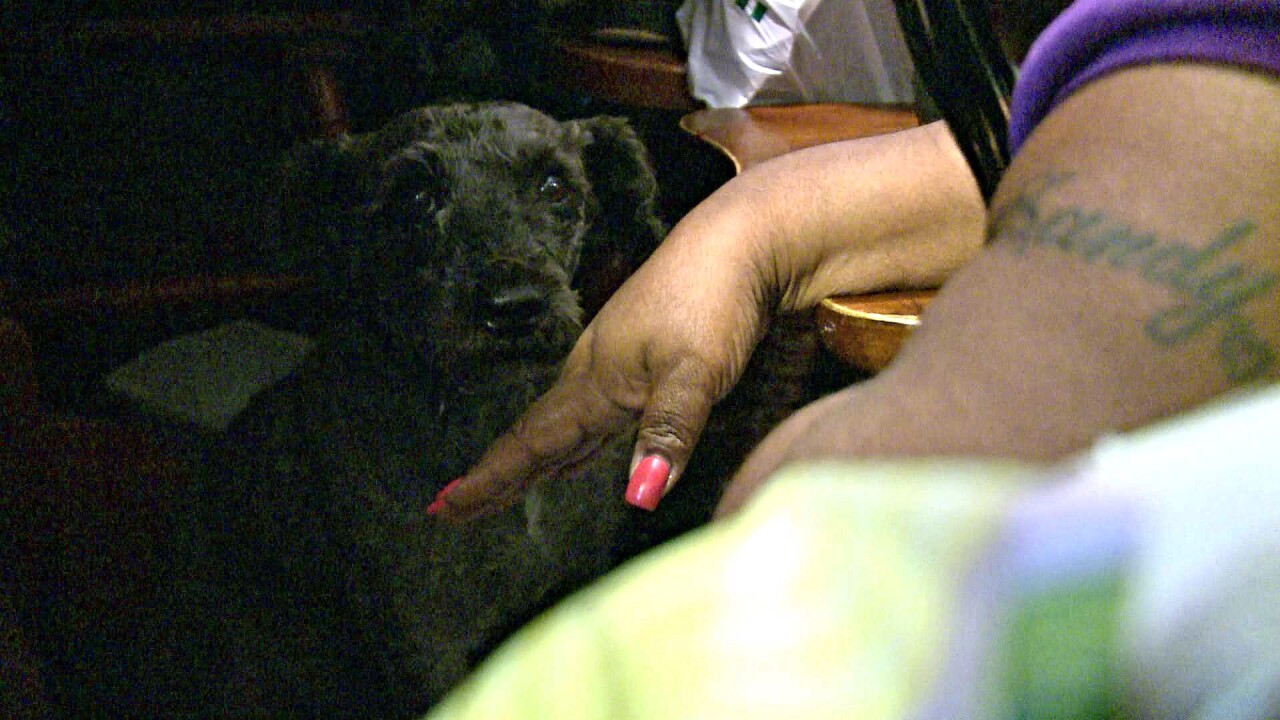 RICHMOND, Va. -- Security signs line the doorsteps along Terminal Avenue in South Richmond, but a much bigger concern for Cassandra Bullock is lack of security from a vicious dogs roaming the neighborhood.

"This the first time I pet him,"said Bullock.  "He wouldn't let me touch him,”

Monday was an emotional night for Bullock and her pet Schnoodle (a schnauzer and poodle mix).

"I think literally, they were trying to pull him down the stairs,” said Bullock.

Bullock said that while Pepper was going to the bathroom outside, two pit bulls confronted him, and one attacked.

"I took the lawn chair and grabbed it like that and I said 'Bam,!'” recalled Bullock.

Pepper went to the vet for a bite to his back and leg.

And that's when Bullock says  the attacking dog let go and eventually ran away. She called 911 and Richmond Police responded, and then contacted Animal Care and Control.

An hour later, Bullock said an Animal Care and Control officer called her home and said the agency couldn't come out.

"They refused,” said Bullock. "He said because the police officer didn't see the dog."

Moments after our interview.  An Animal Care and Control officer showed up to Bullocks's home.  She questioned him and we did too.

It's not so much of refusing to come out," Officer Kevin White said. "It's the fact that we didn't have eyes on the dog."

"It's going to be a high priority for us because we don't know if the dog is current on his rabies vaccination or anything like that,” said White.

According to Animal Care and Control, the number of reported dog bites in Richmond are actually going down:

Still, Bullock wants to be safe in her neighborhood.

"I have never called Animal Care and Control before; but that was brutal,” said Bullock.