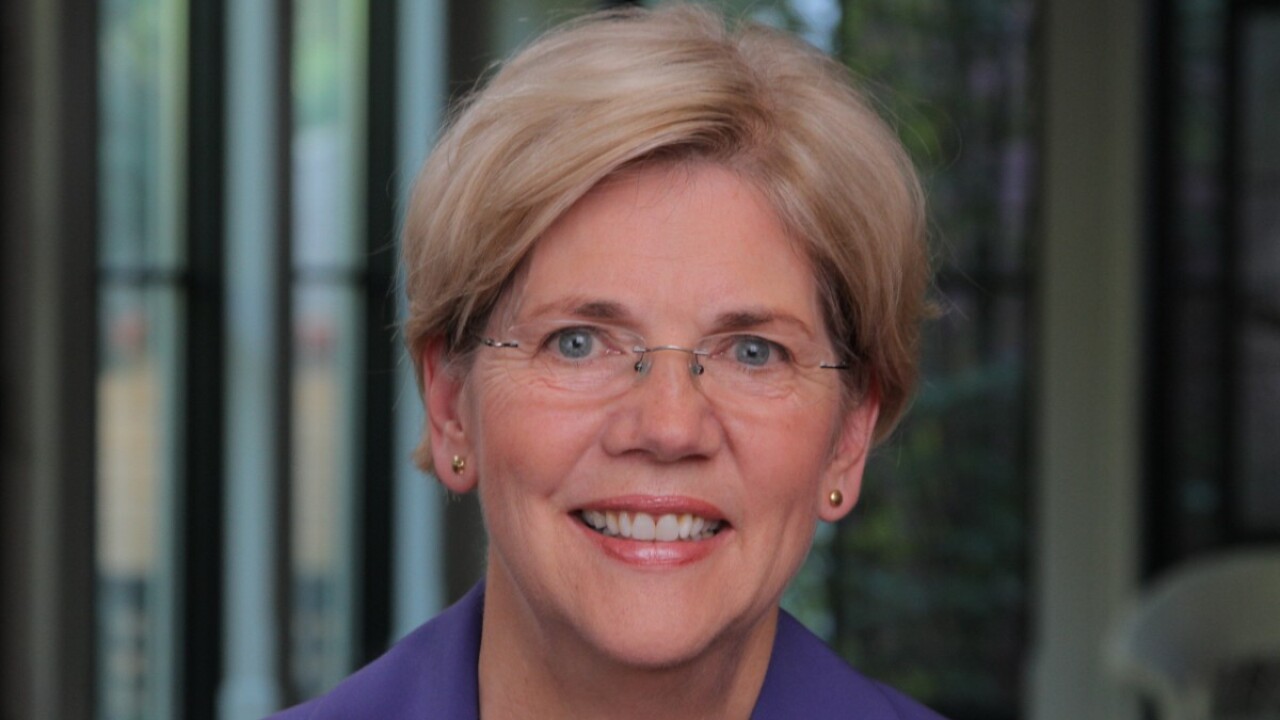 “I’m not running for president and I plan to serve out my term,” Warren, whose up for reelection in 2018, said in December.

But she sure is acting like a potential 2016 contender. She’s traveling around the country, introducing herself to voters, testing her message — the sort of thing that candidates do.

That’s what former Secretary of State Hillary Clinton is doing on her book tour. Sen. Rand Paul is on his ideas tour and Gov. Chris Christie is raising money for Republican governors.

And like Clinton, Warren now has an organized group supporting her and encouraging her to run. Ready for Warren also has a petition as well as a Facebook campaign and a Twitter feed to rally support.

While Warren, a first-term senator and champion of the left, is becoming acquainted with a wider swath of Democratic voters, Republicans are taking notice, being proactive and preparing for a potential candidacy.

Republican National Committee spokeswoman Kirsten Kukowski said her organization has started to “build a narrative on her” in order to define her to voters before she can do that herself.

“She appears to be seriously looking at a 2016 White House run and we’re going to treat her as a contender,” Kukowski said.

Warren’s schedule has ramped up as the campaign season has.

She has raised $2.6 million for Senate and gubernatorial candidates this cycle, according to her office. Since March, the former Harvard law professor has campaigned in Ohio, Oregon, and Minnesota for liberal colleagues who fall mostly in line with her ideology of increasing the minimum wage, decreasing the student loan burden, reforming mortgages and attacking Wall Street.

Going where few liberals will go

Warren catapulted onto the national scene during the financial crisis as a consumer advocate. Republican opposition kept her from running the agency created around her cause, the Consumer Federal Protection Bureau. But her popularity among the left helped her win the Massachusetts Senate seat in 2012.

But Warren has also gone where many liberals won’t — to the most conservative states in the country. She campaigned for Senate Democratic candidates Alison Lundergan Grimes in Kentucky and Natalie Tennant in West Virginia.

“Natalie Tennant and I do not agree on everything,” Warren said Monday at a rally for Tennant in West Virginia. “But on the core issues, on the issues that are about our values, on the issues that define us as human beings, Natalie and I agree. Our job is to fight for the families of America. That is our job.”

Republicans, meanwhile, were quick to attack her and her message. The RNC called Warren’s visit to West Virginia “one of the more bizarre campaign moves of 2014” because Warren’s “far left agenda” won’t sit well with West Virginians.

In the Warren playbook, it’s not so bizarre.

In the red states of West Virginia and Kentucky, which voted for President Barack Obama 36% and 38%, respectively, and where the candidates are running away from the President, the arguably more liberal Warren received an exceptional reception.

A “long line” waited to see her in Kentucky and a crowd of nearly 400 enthusiastically welcomed her in West Virginia.

‘She represents and speaks for so many in our party’

Democratic strategist Donna Brazile called Warren “a perfect surrogate” this campaign season for areas in which Obama is too divisive to enter.

“Warren has captured not only the spirit of the Democrats this political cycle but she represents and speaks for so many in our party,” Brazile said.

Warren’s name comes up even when she’s not in the room. At the Texas Democratic Party’s convention in June, Rep. Joaquin Castro told the crowd that he wishes Texas could “trade Ted Cruz to Massachusetts for Elizabeth Warren.”

As Warren’s reception has been strong, she has modified her response since her emphatic December statement that she is not running for president.

In an interview with Huff Post Live in June, Warren dodged answering the question, instead saying, “This is a moment in time for our country and, I believe, for our world, a moment in time where we decide who we are as a people and what kind of a future we’re going to build.”

In the latest national polling, Warren trails far behind fellow potential contender Hillary Clinton. But with 11% support among Democrats, according to a July Quinnipiac Poll, she is in second place.

“Contrary to saying it publicly, she appears to be aiming for higher office,” Republican strategist Brian Walsh said.

“If Warren does decide to start leaning forward, we’re certainly going to be prepared to combat that,” Miller said.

Already, the GOP have attacked her not only for campaigning in conservatives states but also independently as well.

For instance, in an effort to highlight government spending, the group said Warren’s “brainchild,” the Consumer Federal Protection Bureau, which was created during the financial crisis to protect consumers’ financial interests, cost more to build than Trump Towers.

But as she is finding a receptive audience wherever she goes, Warren’s campaigning is not going to let up.

From the conservative confines of West Virginia, her next stop is in more comfortable territory. She heads to Michigan at the end of this week to raise money and campaign with Senate candidate Gary Peters and will also be the star of the liberal grassroots conference Netroots Nation.

Brazile said Warren “has captured … the spirit of Democrats this political cycle,” adding that she “speaks for so many” in the Democratic Party.

Walsh said her strategy to go into conservative states where she might receive a bold reception from some in the Democratic base, the more moderate or conservative voters will be turned off.

While he questioned her strategy, calling it “odd,” Walsh tried to stir the pot among Democrats.

“If you’re Hillary Clinton’s people, you’re looking at how sincere her words were” that she’s not running for President.