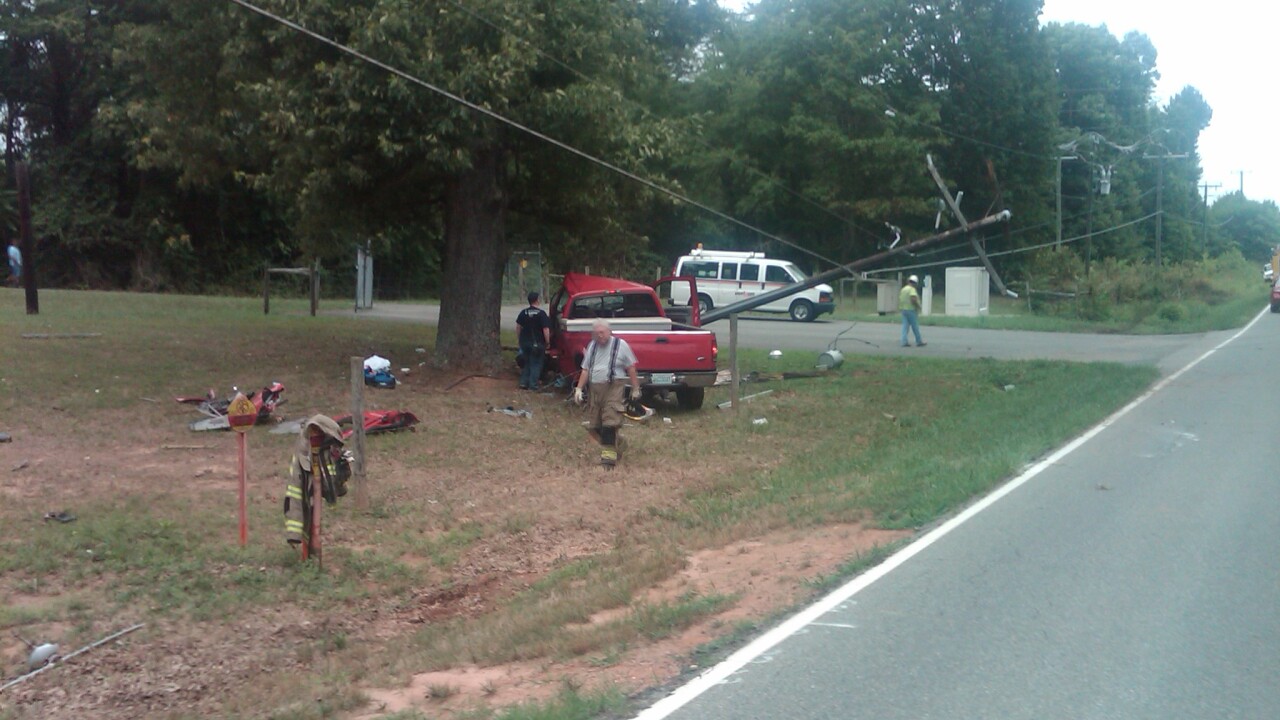 POWHATAN, Va. — The driver in a single-car accident was rushed to the hospital via Med-Flight Tuesday morning.

The wreck was in the 1600 block of Dorset Road in Powhatan.

A 2002 Ford Pickup was traveling south on Dorset when a witness said the driver went into oncoming traffic, then back right, and back left again into oncoming traffic, eventually running off the road to the right striking a utility pole and a tree, said Sgt. Stephan M. Vick with Virginia State Police. The downed lines erupted a brief brush fire that was extinguished.

The driver, Jared C. Orndorff, 33, of Powhatan, was transported to MCV hospital by Virginia State Police Med-Flight with what appeared to be serious injuries.  He was charged with Failure to Stay Within Lane, Sgt. Vick said.

Power was out most of the afternoon due to the crash.