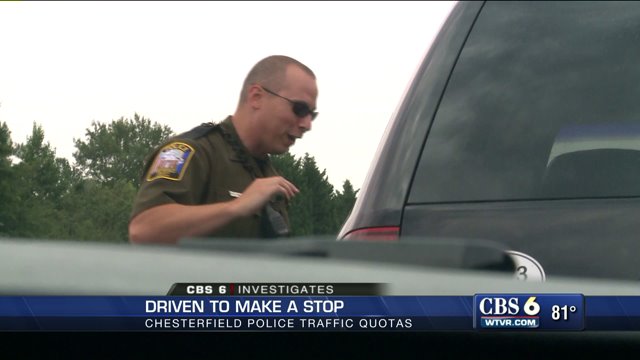 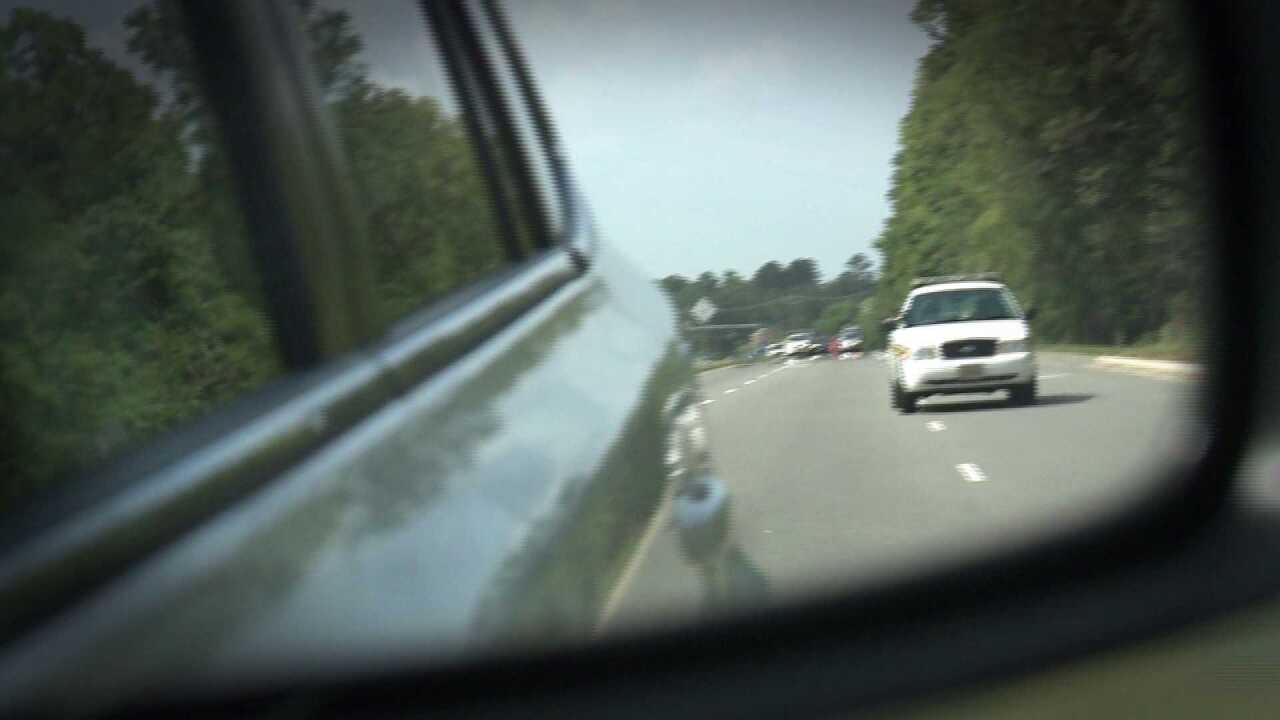 Lieutenant Colonel Dan Kelly with the Chesterfield Police Department said the mandates were not quotas and called them a perfectly legitimate performance standard.

A former officer with the Chesterfield Police Department came to CBS 6 investigative reporter Melissa Hipolit with concerns about the way he said the department measured officer performance. His recent review contained traffic stop and arrest mandates.

It showed the following work goals:

“Failure to meet the expectation during this work performance plan will result in further disciplinary action,” the review read.

The former officer said he resigned after he was denied a one percent raise for not making enough traffic stops and arrests.

“This is a little disconcerting,” Del. Delores McQuinn (D - Chesterfield) said.  She said she had never seen something like that in writing before.

When questioned about the document, leaders at the Chesterfield Police Department sought to clarify its intent.

"If you think Chesterfield County Police officers are evil and out to target our citizens, that’s just completely false,” Lieutenant Colonel Kelly said. Kelly admitted the department does expect every patrol officer to make three traffic stops and one arrest during each shift. That adds up to about 270 stops and 90 arrests every day.

"Our officers are on the road 12 hours a day, so in a 12-hour period of time they stop three cars, I don’t think that’s unfairly targeting our citizens,” Kelly said.

He said the department comes up with those benchmarks after an in-depth review of all stop and arrest numbers from the previous year. They then come up with an average, which becomes the mandate.

"I don’t sit behind my desk and arbitrarily come up with some number of a performance standard that I think our officers should meet," Kelly said. "They are held accountable to what their peers do."

"Would you call this a quota system?" Hipolit asked Kelly.

At least one Chesterfield driver we spoke with said he is perfectly okay with that standard.

He pointed to numbers that showed officers issued tickets to just 40 percent of the cars they stopped last year.

"I think those are legitimate stops by our officers that observed a legitimate violation of the law," Kelly said.

Chesterfield Police Department Master Officer Matt McCory said he pulled over an average of four to five  drivers every day, but only wrote one or two tickets.

"I generally can help them out a little bit, issue a warning instead of a summons," McCory said.

The state of Illinois recently banned police ticket quotas. After our investigation, Delegates Riley and McQuinn both said Virginia should consider doing the same thing.

"I would hope this kind of practice would cease immediately," Del. McQuinn said. "I think as we go back into the General Assembly it needs to be addressed."

We asked both the Richmond and Henrico Police departments if they had similar systems in place to evaluate officer performance.

The Richmond Police Department said it does not have any traffic stop or arrest requirements.

A Henrico Police spokeswoman said there are no stop or arrest quotas for officers, but they do encourage traffic stops in crime hot spots and high accident locations.

Is there something you want CBS 6 to investigate? Click here to email the newsroom.