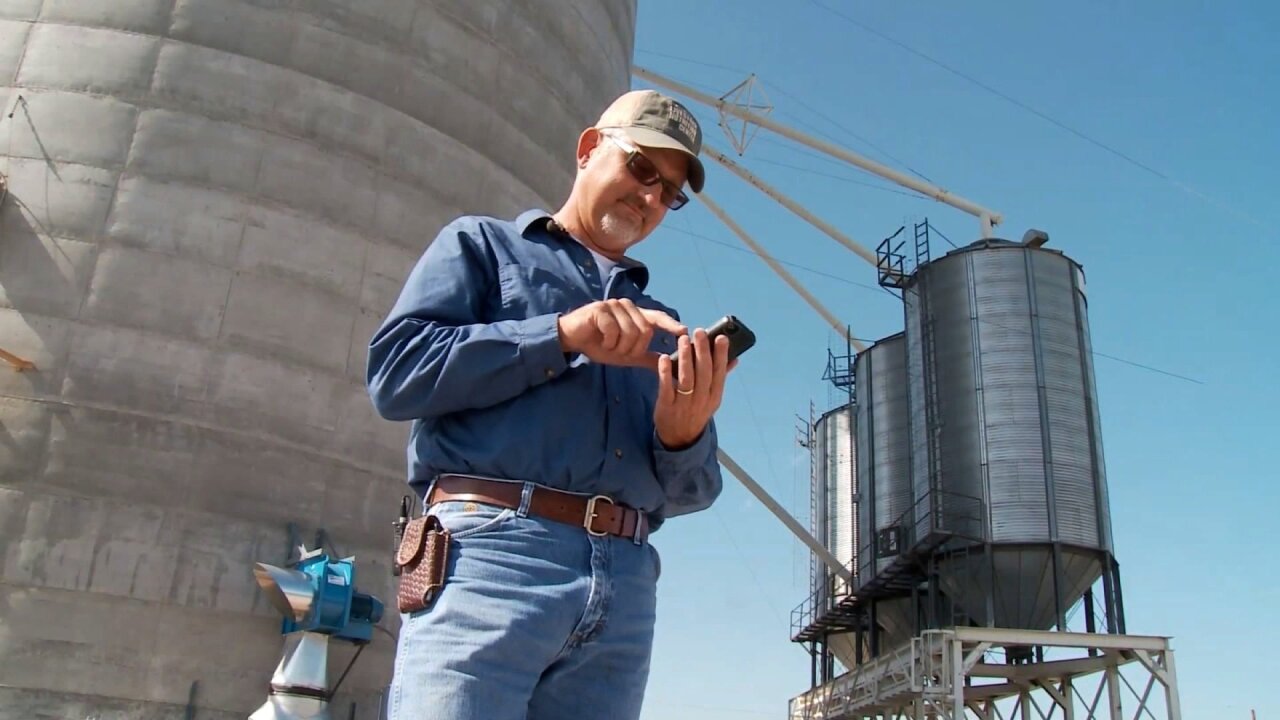 Kevin Whitney lost his phone 9 months ago — And it turned up in Kashima, Japan, by ship.

CHICKASHA, Okla. — An Oklahoma man has his phone back after it traveled halfway around the world.

Kevin Whitney says he lost his iPhone in October when it disappeared into a bin full of 280,000 pounds of grain.

“I had it in my pocket and I bent over to work on a copper bottom door and it fell out of my pocket into my grain pit and went up the elevator,” said Whitney. “I thought I’ll never see that phone again.”

Little did Whitney know, his iPhone would take a nine-month journey halfway around the world before making it back to the palm of his hand.

Kevin Whitney lost his phone 9 months ago — and it turned up in Kashima, Japan.

From Chickasha, Okla., it was driven by truck to another grain facility in Inola, Okla. Then it traveled along the Arkansas River. From there, it sailed down the Mississippi River by barge to Convent, La. Finally, the iPhone made its way to Kashima, Japan, by ship.

Then it was mixed in with 2 million bushels of grain sorghum. However, just days ago Whitney got a call.

A worker at a grain mill in Japan mailed the phone back to Louisiana and from there it was sent to Whitney in Chickasha.

“It’s crazy I can’t believe it. What really shocked me about it all was what a small world it is. There a lot of a lot of meaningful pictures on it so we are real glad to get the phone back,” said Whitney.