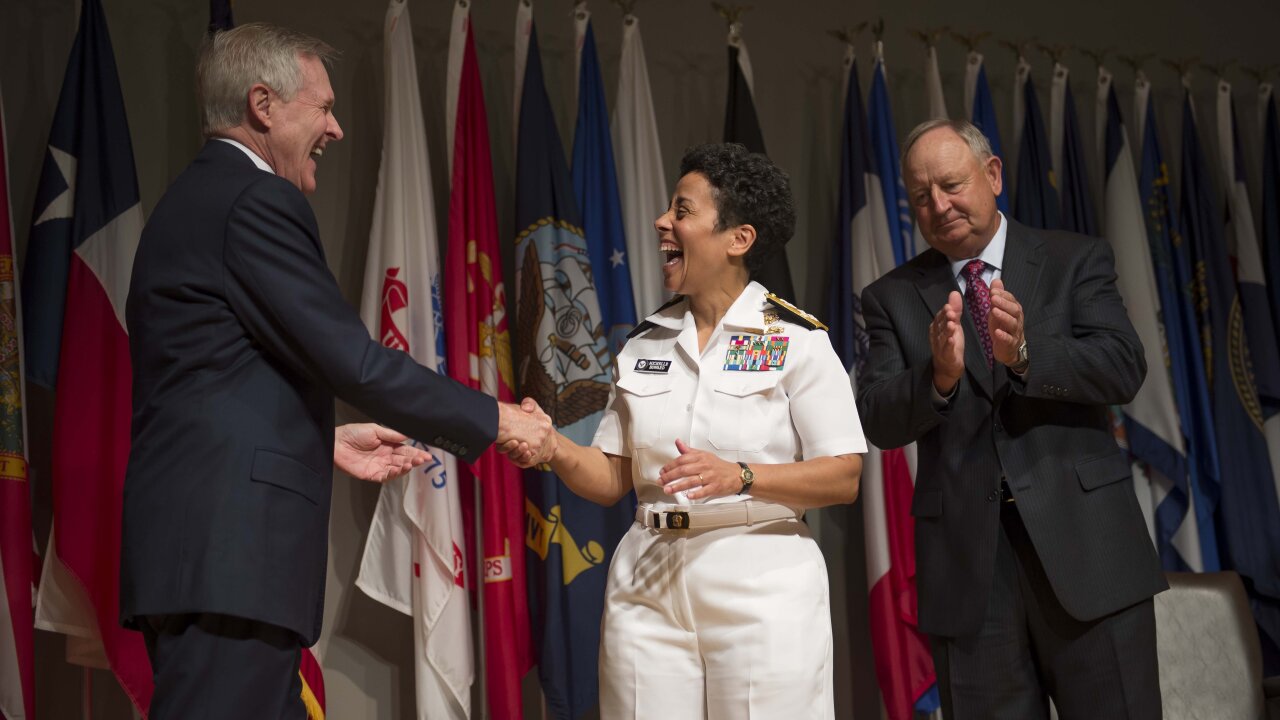 Secretary of the Navy Ray Mabus congratulates Adm. Michelle Howard after putting on her fourth star during her promotion ceremony at the Women in Military Service for America Memorial. Howard is the first woman to be promoted to the rank of admiral in the history of the Navy and will assume the duties and responsibilities as the 38th Vice Chief of Naval Operations from Adm. Mark Ferguson.

“Her historic career is taking a next step today,” Earnest said.

Howard, a 1982 graduate of the Naval Academy, made history when she commanded the amphibious dock landing ship Rushmore in 1999, Earnest said.