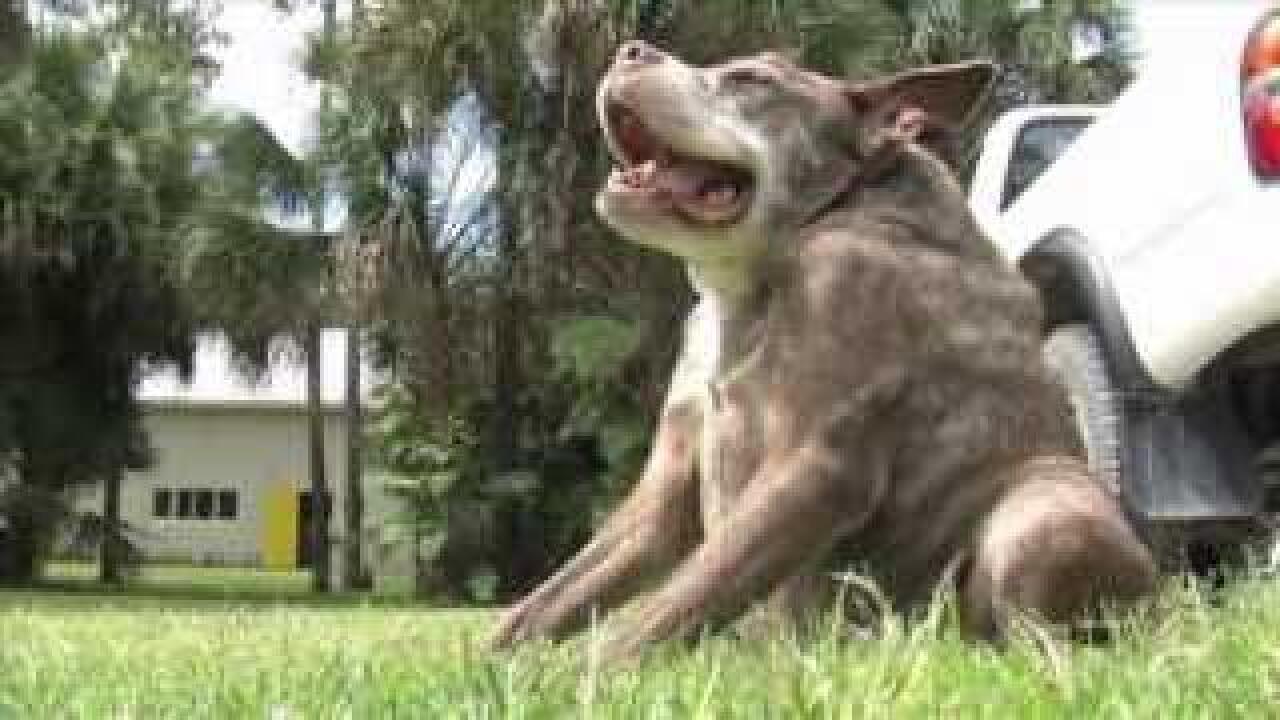 Loxahatchee Groves, Fl. -- They say second place is the first loser, but the runner-up in the Ugliest Dog Contest has definitely won the hearts of her Florida owners.

You'll find the many unusual animal rescues of veterinarian Virginia Sayre and her husband Mike Carroll at the G & M Ranch in Loxahatchee Groves.

Among them, one known around the world is the dog named Quasimodo.

"If you're animal people, you always pet Quasi, but if you're not an animal person, I’ve had grown men jump on top of their trucks to get away from her, I had one kid that did a Hollywood scream,'aaahh!'"

After years of nudging from friends - they flew Quasi to the "World's Ugliest Dog Contest" in California.

Some people relate to her in this pose as Winston Churchill, a big, barrel-chest type of person.

Quasi's loving family calls her a "half dog," that's because she's missing some of her vertebrae and the rest are fused together."

"She draws a crowd everywhere she goes."

They're not sure of her breed - they say, knowing might take away some of the fun.

"Quasi is Latin for incomplete, so you know, it fits her really well," Carroll said.

"Maybe that's why we got second instead of first; because she's so ugly she's cute,” Sayre said.

"I love the dog, she's not ugly,” Carroll said.

Beauty is beyond fur deep.

"She's a very gentle soul, she loves everybody and everything,” Sayre said. “There's nothing in the world that she would hurt and people, people are her best friends."