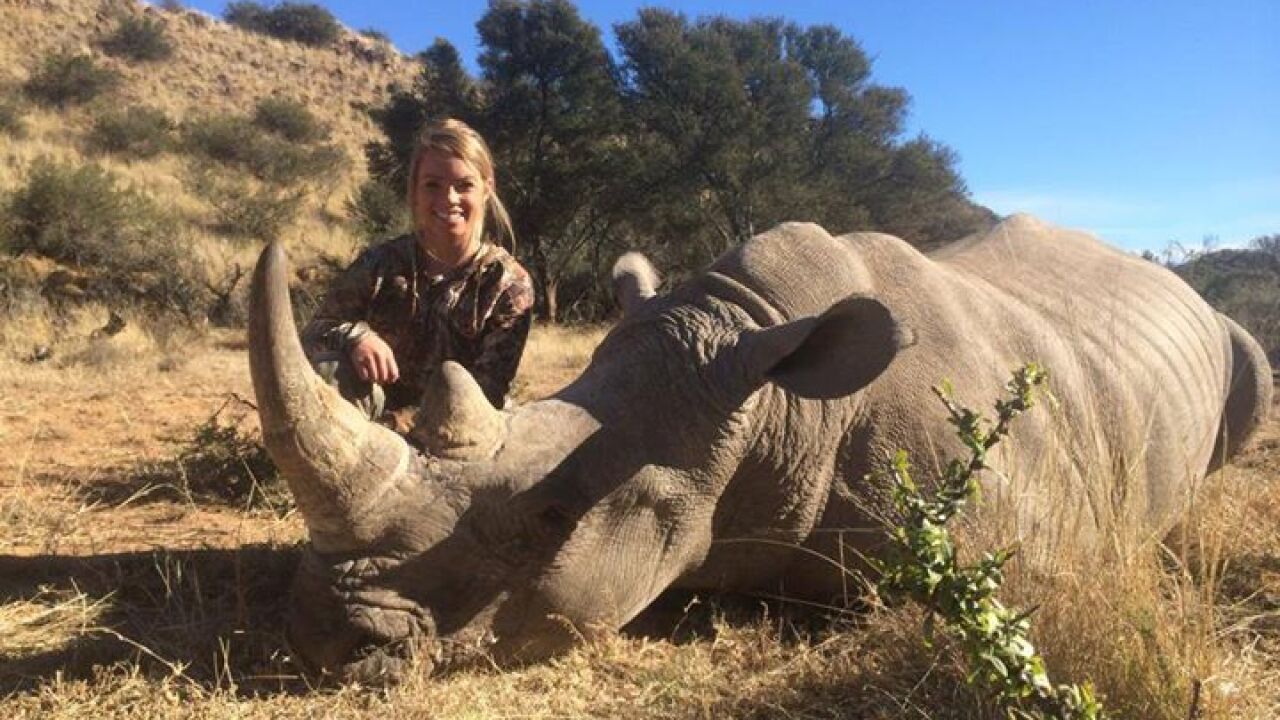 TEXAS –  Kendall Jones, a 19-year-old hunter from Texas, is posting pictures on Facebook with animals she hunted and killed in Africa. The pictures serve as a preview of her upcoming television show. Jones, who has 19,000 Facebook likes, has signed a development contract for her new series set to debut in 2015.

The Facebook posts have generate reaction from people all over the world.

While some express their support in the form of Facebook likes and comments, others have signed a petition to Facebook’s CEO Mark Zuckerburg demanding he remove the Kendall Takes Wild Facebook page.

The page includes photos of Jones posing with dead or tranquilized animals that include lions, elephants, rhinoceros and zebra.

Jones usually includes a short caption with each photo, like “Nothing like an African Sunset….and a little bow hunting!” and “Hunting in the Kalahari was such a great experience!”

Jones addressed the online criticism in a recent post, saying some animals were part of a “green hunt” and darted and immobilized in order to draw blood for testing and DNA profiling.

“It’s not dead and it’s not asleep, it’s immobilized with medication,” she said. “It walked away once the procedure was done.”

A second petition, started on Change.org, is aimed at stopping Jones from hunting in Africa.

“With enough support globally we can take a step in the right direction with regards to animal conservation, and help put an end to practices such as these, in hopes of conserving what precious little is left of our natural world”, the Change.org petition reads.

Jones said she is doing her part in conservation.

“People try to say that lions will not attack a hippo, rhino or elephant, quite the contrary. Lions attack and kill the young of these species,” Jones wrote in a post. “Lions that have come in and taken over a pride, not only kick the older lion out, but will also kill all of his cubs so that the lioness will come into heat again. Controlling the male lion population is important within large fenced areas like these… Funds from a hunt like this goes partially to the government for permits but also to the farm owner as an incentive to keep and raise lions on their property.”