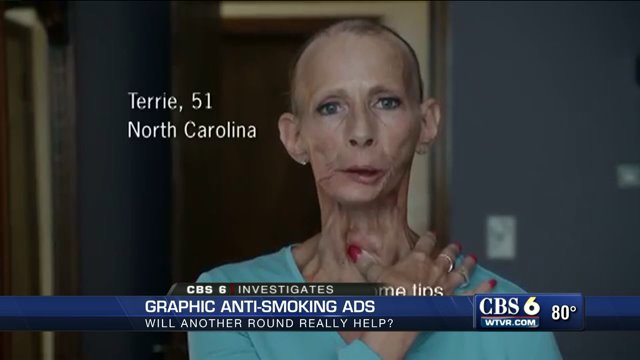 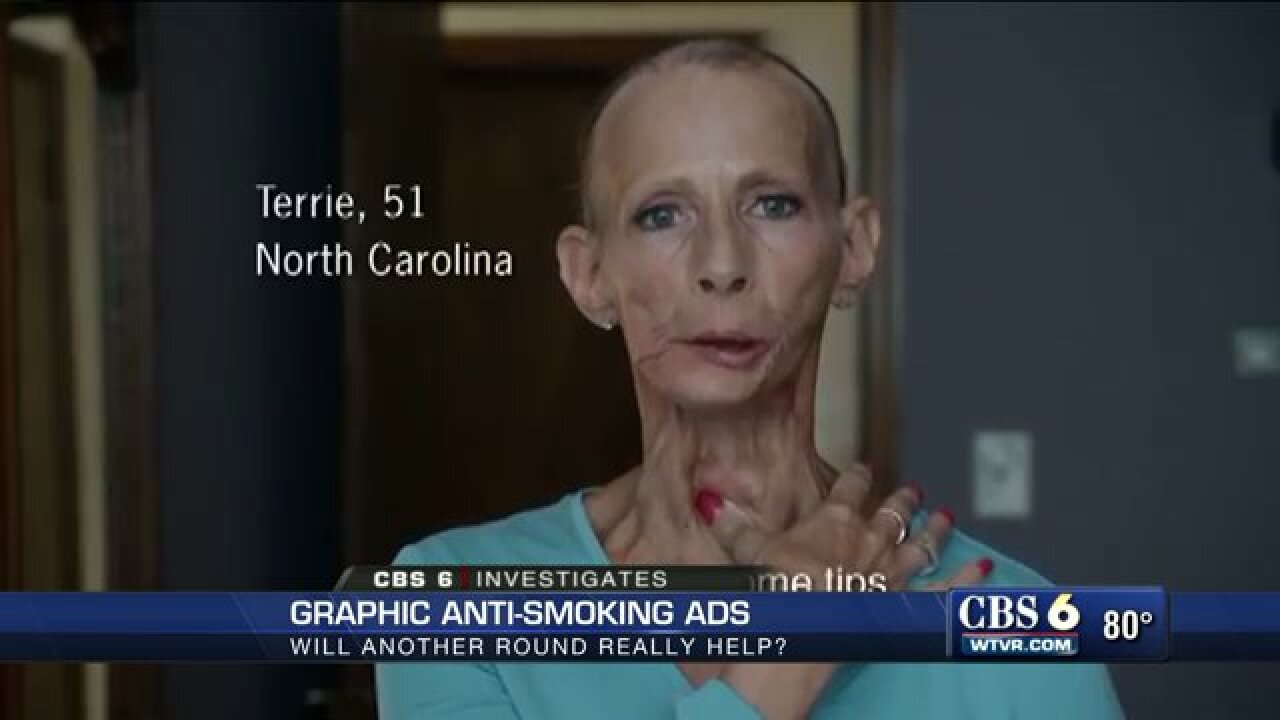 RICHMOND, Va. -- Richmond resident, Christopher Samuels recalls lighting up his first cigarette with a couple of friends, 10 years ago, and he says he's not even close to kicking the habit.

Samuels and other smokers are the target of the Centers for Disease Control’s latest anti-smoking campaign, “Tips From Former Smokers."

The campaign will include an update from Terrie Hall, the North Carolina anti-smoking advocate who was diagnosed with cancer eleven times.

During the CDC’s last release of these graphic videos, designed to shock and scare smokers, Hall's video alone was seen more than two million times.

The CDC says when these ads are rolled out, they see a more than 75% increase in calls to their hotline from people looking to quit.

“Going to the end game, talking about the ramifications, health problems and making it really personal is a wake-up call for Americans,” says Saunders.

This multi-million dollar and multi-platform campaign by the CDC is becoming familiar, with the government agency targeting smokers once again. We wanted to know why the CDC doesn't pour more money into campaigns for other growing health risks, like obesity, sexually transmitted diseases and alcoholism.

Terrie Hall died after her eleventh cancer diagnoses last year, but still urged the CDC to use her final moments in this new campaign.

The CDC plans to roll out the new ads in July.