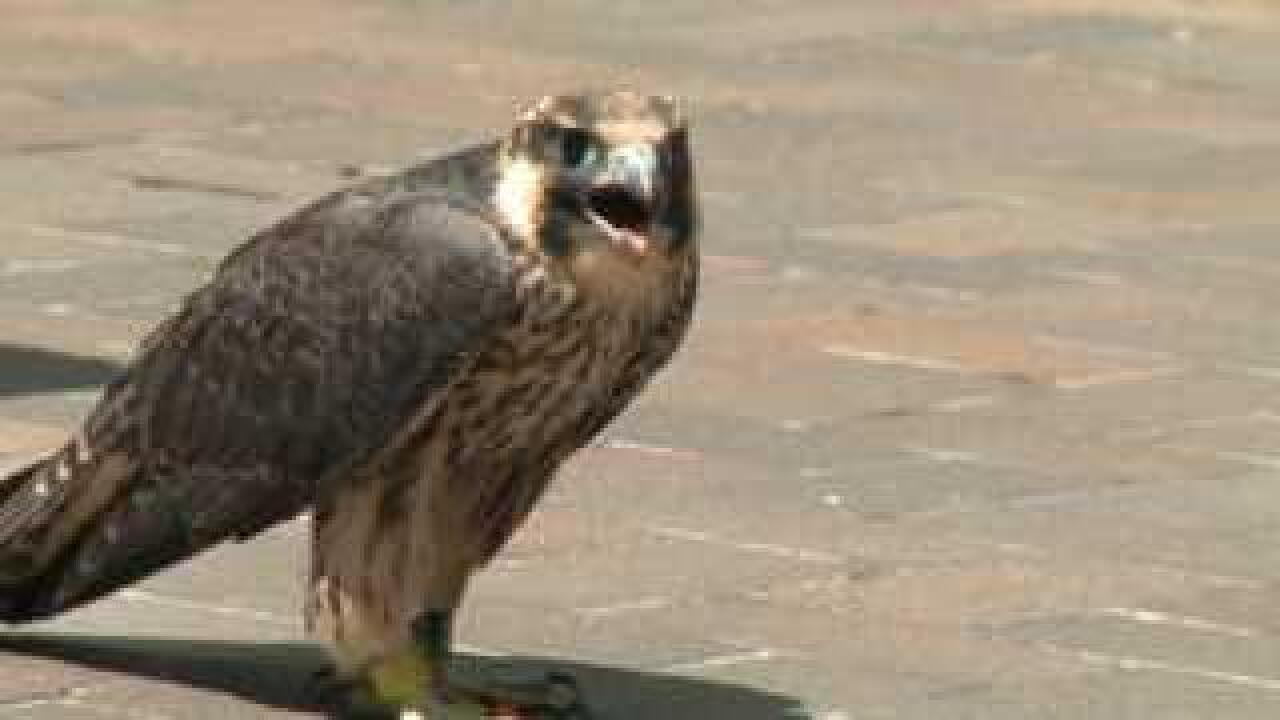 RICHMOND, Va. -- A young falcon is recovering tonight, after having a bit of a bumpy flight in downtown Richmond.

The rare bird was rescued and placed into a cage Thursday afternoon, after employees at the James Center reported the falcon was on the ground.

The bird was filmed walking around on the busy sidewalk during lunch hour. It paced and moved about nervously and appeared to be frantically breathing.

A bowl of water was placed out for the bird, as it took a respite from the crowds and hot sun, under a taxi downtown.

That is where a Richmond Animal Control officer, wearing no gloves or face mask, kneeled down on the ground and hooked the bird’s feet.

The falcon squawked and protested, with both wings flapping frantically, as the officer pulled it out from under the taxi and slipped it into a bag.

The bird then rested.

It will be taken to the Virginia Department of Game and Inland Fisheries for Treatment.

Officials believe the falcon hit a building and fell to the ground.

The Richmond Times Dispatch reports the bird was one of two female falcons that just recently took their first flights from their home on the 21st story walkway at Riverfront Plaza.