Strong storms cause widespread damage, knock out power to thousands 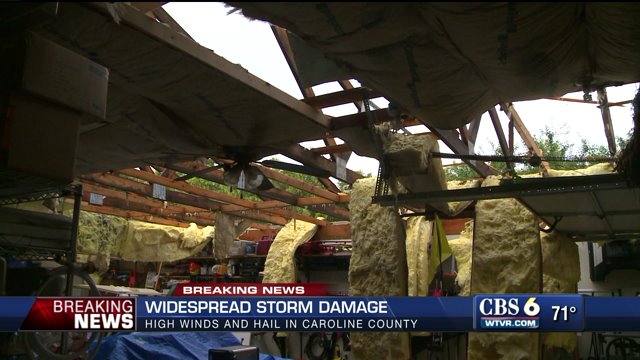 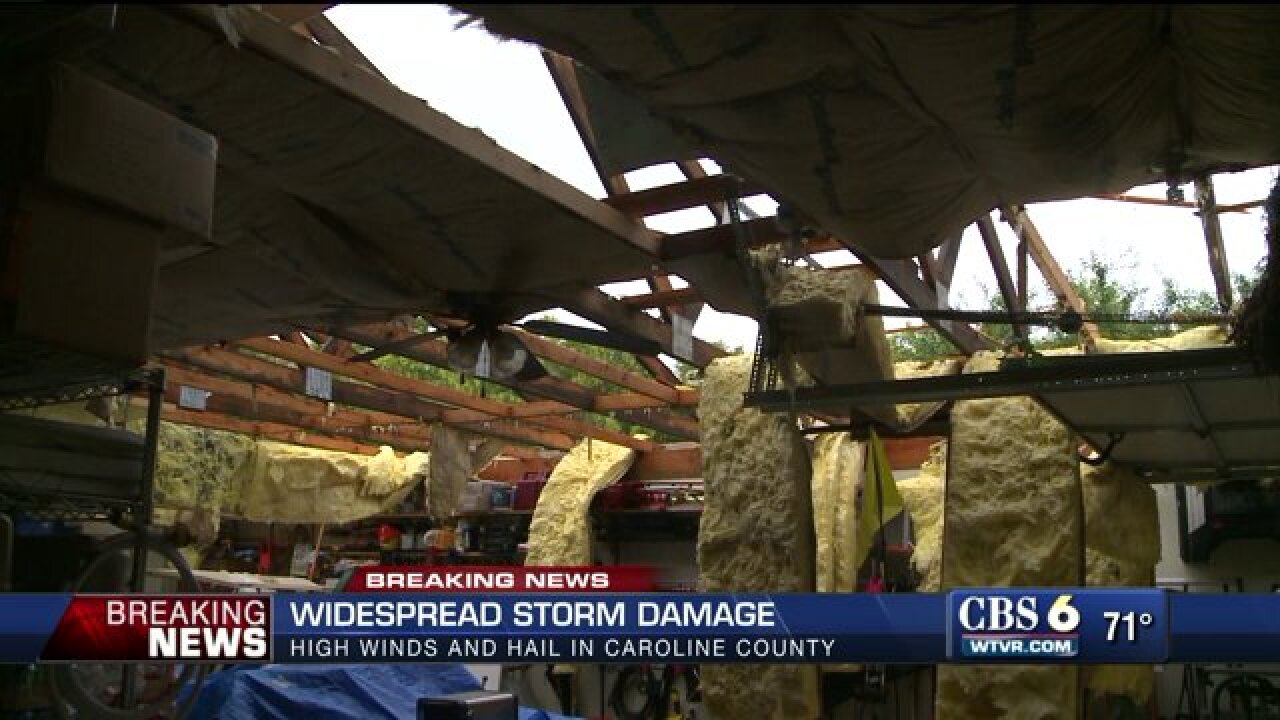 CAROLINE COUNTY, Va. (WTVR) -- Folks in some parts of Central Virginia will spend Friday cleaning up from powerful storms that downed trees and knocked out power to thousands Thursday afternoon.

High winds knocked down part of an awning at a BP gas station in Mechanicsville. The power was out and the store was closed when our crews were on the scene.

Additionally, heavy winds, rain and lighting downed trees in Hanover County that left 13,000 customers in the dark as of 6:30 p.m. The storm also knocked out Dominion Power's outage hotline.

Thousands were also in the dark in Caroline County where CBS 6 crews spotted numerous downed trees, roofs blown off structures and even busted out car widows.

One man said the storm was so intense that it sounded like a tornado.

A police cruiser belonging to Captain Angel Lambert of the Caroline County Sheriff's Office was damaged by Thursday’s strong winds and rain.

"The skies go a really dark gray and the winds were just swirling. Leaves were coming from all directions," Lambert said.

To gain perspective about just how strong the winds were, a trampoline landed t least 300 yards from where it was standing in the sheriff deputy’s backyard.

“We were trying to rescue a bird that couldn't fly, so we were worried about it not surviving in the storm, so we were in garage trying to get it settled," Ali Metzger said.

While the pair were in the garage, they noticed the storm approaching from the north and intensifying. That's when they decided they needed to take shelter.

"We took off running towards the basement and as soon as we got inside we hear the garage roof hit the house," Lambert said.

The pair narrowly escaped injury and came outside after the skies cleared to a community helping pick up the pieces.

Lambert’s colleagues and others offered sweat and blood equity to help get things back to normal.

Metzger said they ended up with a yard full of people offering to help. "It’s an amazing community," she said.

If you have pictures of the storm, click the "submit your photo" button to share your weather photos.

Check back with WTVR.com and watch CBS 6 News at 11 p.m. for updates on the severe weather cleanup from Jon Burkett.