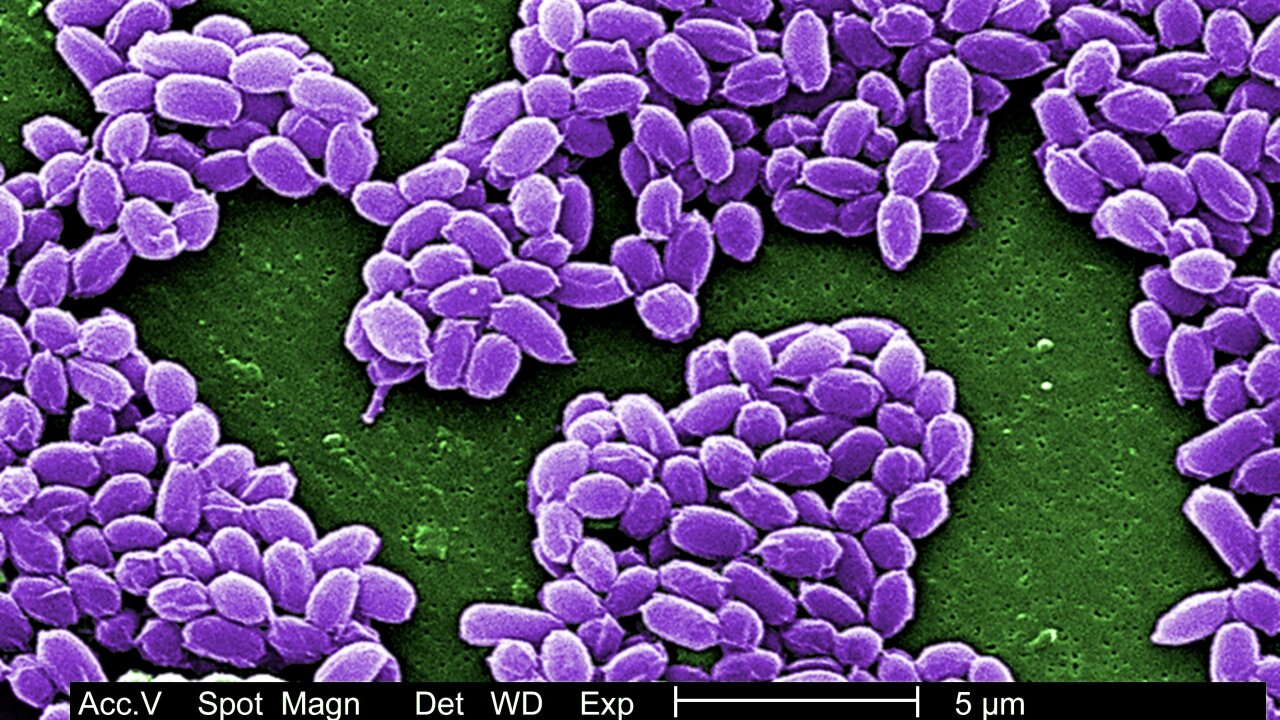 This image shows the infectious disease, anthrax, magnified under microscope.

ATLANTA — About 75 Atlanta-based workers for the Centers for Disease Control and Prevention may have been unintentionally exposed to anthrax, the agency said Thursday.

They are being monitored or provided antibiotics.

“Based on most of the potential exposure scenarios, the risk of infection is very low,” the agency said in a statement.

“CDC believes that other CDC staff, family members, and the general public are not at risk of exposure and do not need to take any protective action.”

Early reports show that a lab did not adequately inactivate samples, which were then moved and used for experimentation in three laboratories not equipped to handle live Bacillus anthracis, or anthrax.

Believing the samples were inactivated, workers in those labs did not don adequate protective equipment, the CDC said.

The unintentional exposure was discovered June 13.

Sometime between then and June 6, procedures in two of the three labs may have aerosolized the spores, the CDC said. Hallway and lab areas were decontaminated.

There are three types of anthrax infection: cutaneous (through the skin), inhalation (through the lungs) and gastrointestinal (through digestion).

Early symptoms can suggest the flu.

“In the worst-case scenarios, literally, within a day or two of exposure, if you’ve inhaled spores and if they are very lethal, one begins to get — as they say — the standard flu symptoms — high fever, malaise,” said Leonard Cole, a bioterrorism expert. “You get lazy. You feel sick. You get headaches. You get bone aches.

“And then after a day or two, in the worst case, if you don’t get treatment, it could be lethal for you, and beyond treatment,” said Cole.

The CDC said disciplinary action, as necessary, will be taken. The agency will review safety protocol with employees.

The Federal Bureau of Investigation is aware of incident and coordinating with officials at the CDC as they investigate, said FBI spokesman Christopher Allen.

“It is CDC’s obligation to ensure that people feel safe and are safe in the workplace and the community as we conduct our life-saving laboratory work. We will report findings of this investigation and all steps we take to improve lab-safety processes as a result of this incident,” the agency’s statement said.