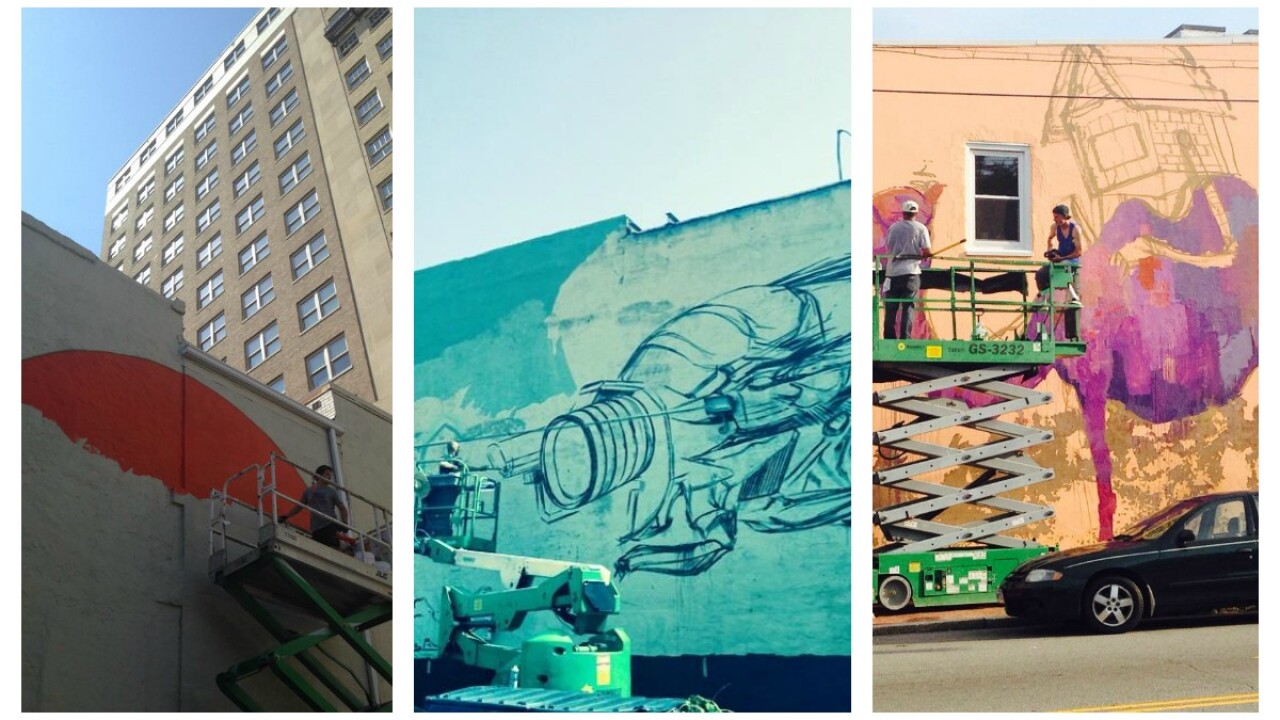 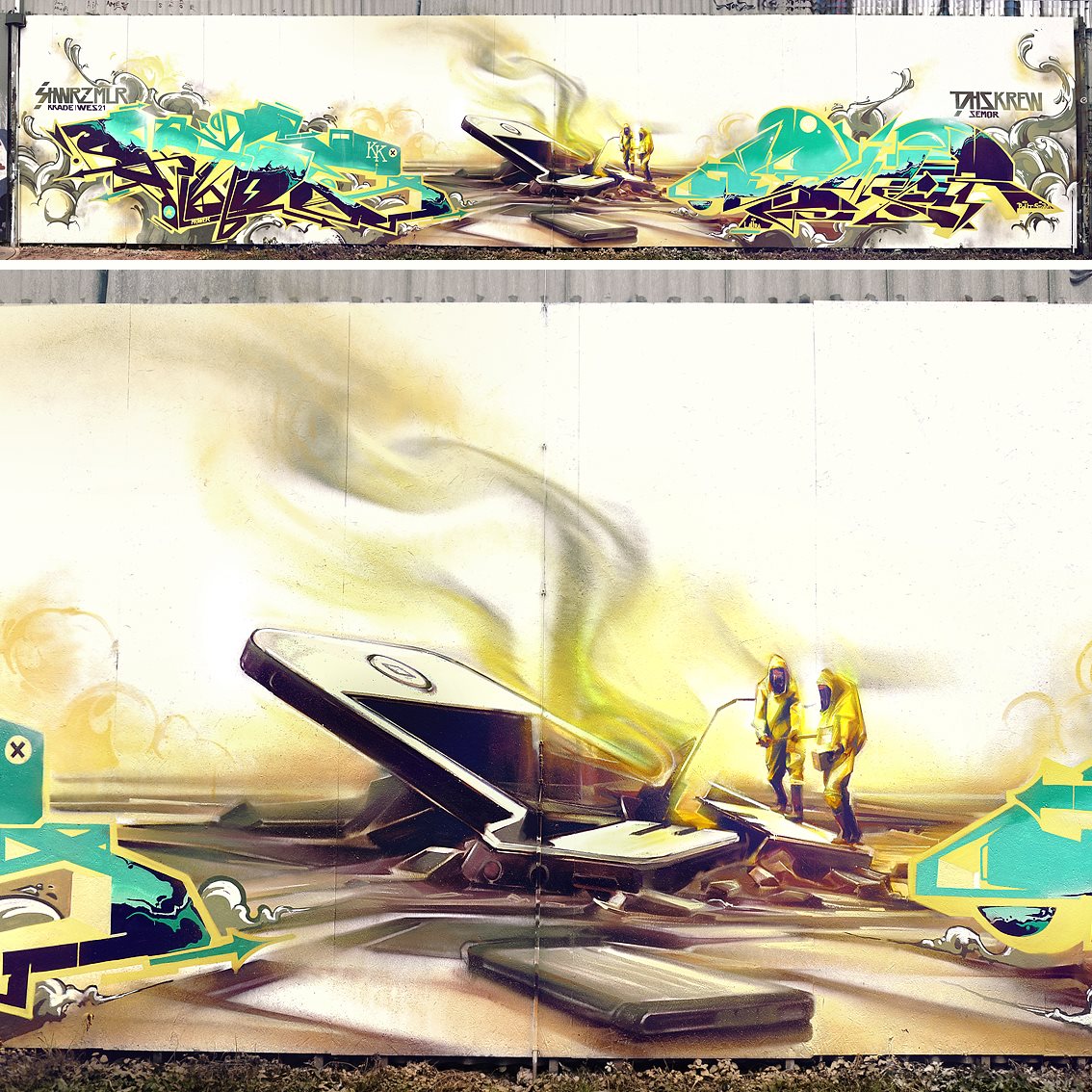 RICHMOND, Va. — Artists from around the world have again gathered to add color and style to our River City, in the third Richmond Mural Project.

There are numerous opportunities to watch live painting over the next few weeks.  Ten artists will paint the city, and there are four waves. Not every artist will paint multiple locations, but some will paint up to three different spots — artist Ekundayo will paint four total.

The artists are Meggs from Australia, Onur from Switzerland and Wes 21, Robert Proch from Poland, David Flores from California, Ron English from New York, Smithone from Mexico, Chazeme and Sepe from Poland, and Ekundayo from Hawaii. Each painters biography can be found here.

Art Whino, a DC-based art gallery, has helped curate the 48 vivid murals that already brighten the city. Art Whino hopes to build on 2013’s success with the addition of 19 more murals in 2014.  The project runs June 16 through June 27, 2014.

The Richmond Mural Project will continue to be a yearly event to add over 100 murals by world renowned talent in the first five years alone; leaving just 33 murals over two years.

The intention of the project is to increase foot traffic in the city, build community and to establish Richmond as “a landmark destination for internationally recognized murals,” and create exposure for the city, “establishing it as a premier art destination.”

The buzz surrounding the event hasn’t gone unnoticed by outside publications, either. The global publication Buzzfeed  ranked the Etam Cru mural –at the 7-11 on Grace Street –as number three on their list of “Best Street Art in the world of 2013.”

You can follow on social media with #RichmondMuralProject and #RMP2014.

Images in the photo gallery are previous pics of the artists in town. We will update when murals are complete.