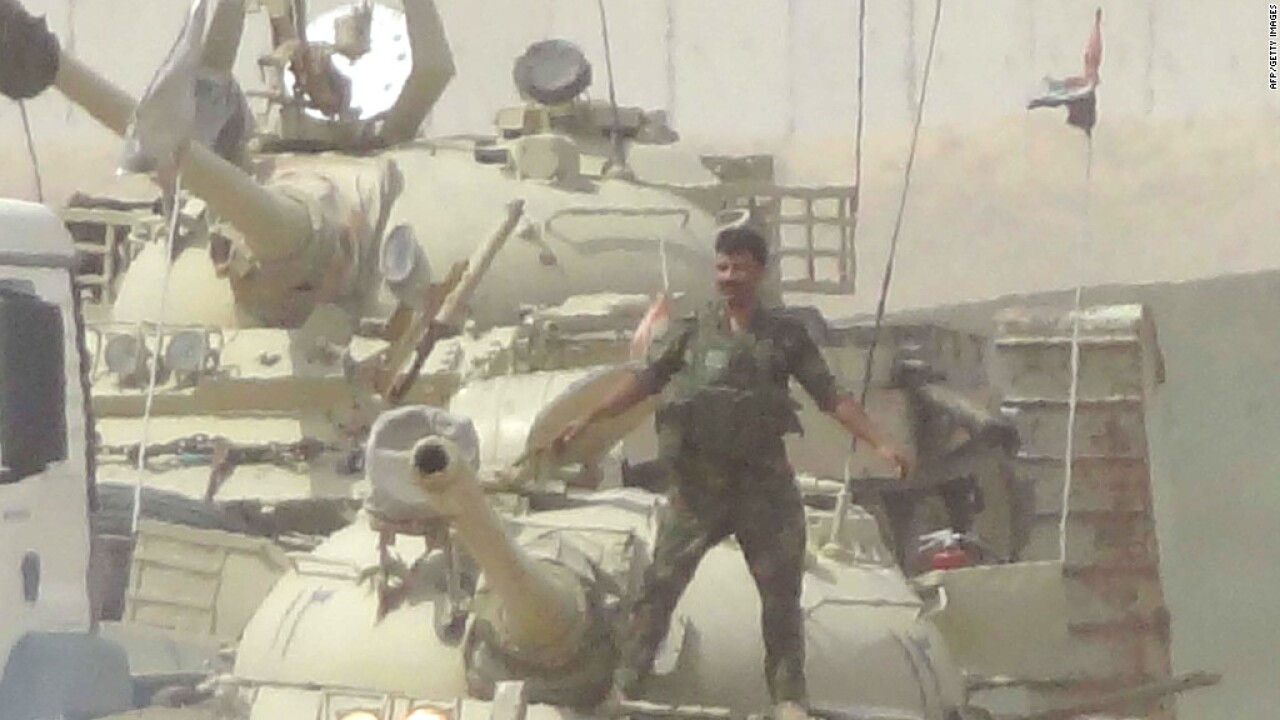 “Given the gravity of the situation I would anticipate timely decisions from the President regarding the challenge,” Kerry told a London conference when asked about this week’s lightning advance by the militant Islamic State in Iraq and Syria, or ISIS, toward Baghdad.

He mentioned some initial moves, but stopped short of spelling out further steps that could include air strikes intended to slow the progress of militants and help the Iraqi military regain its equilibrium.

“We have already taken some immediate steps, including providing enhanced aerial surveillance support to assist the Iraqis in this fight,” Kerry said. “We have also ramped up shipments of military aid to Iraq since the beginning of the year.”

No U.S. ground troops for now

ISIS fighters have seized Iraq’s second-largest city, Mosul, as part of an advance toward Baghdad that gave them control of large parts of the country’s northern area.

Calls for American air strikes have increased in Washington, but U.S. military planners trying to find a way to help Iraq fend off the militant fighters are worried that such attacks could prove futile, several officials told CNN.

Among other complications, U.S. officials don’t have good intelligence about where militants are. Even if they did, the militants don’t have the type of targets — command and control centers, air defense sites, military bases — that lend themselves to aerial attacks, the officials said on condition of not being identified.

Republican Sen. John McCain of Arizona, a war veteran and critic of Obama administration policy in Iraq, told CNN on Friday that air strikes “are certainly something that should be considered, but I would point out that air strikes are not easy.”

“You just don’t say, ‘hey, let’s go hit something,'” said McCain, who lost to Obama in the 2008 presidential election. “It requires coordination, it requires intelligence; it requires a whole lot of things.”

He repeated his call for Obama to bring back retired Gen. David Petraeus and other leaders from the Iraq war to develop a strategy.

McCain has called for Obama to fire his national security team, saying the decision to withdraw all U.S. troops from Iraq created a predictable vacuum that led to the current crisis.

“That doesn’t mean we’re in combat. It means we are there as a stabilizing force,” he said adding that the ISIS advance represents “an existential threat” to America. He linked the Iraq situation to the Obama administration’s reluctance to strongly support opposition forces in Syria’s civil war, a policy he called “one of the causative factors” for the Iraq crisis.

Kerry, however, cited differences in U.S. relations and obligations with Iraq compared to Syria. The Iraq war that began with the 2003 invasion to oust Saddam Hussein eventually led to elections that brought Prime Minister Nuri al-Maliki to power, followed by the 2011 departure of U.S. forces.

According to the officials who spoke to CNN, targeting problems include:

• The U.S. lacks credible, specific intelligence about where ISIS fighters are;

• Using drones to strike fighters moving on vehicles still requires very specific intelligence to assure who is being struck. Moreover, they say, drone strikes can kill individuals, but they don’t change the military calculation or balance of power on the ground;

• There’s no one on the ground, such as Air Force tactical air controllers, to call in precise airstrikes;

• ISIS doesn’t have fixed positions such as command and control centers, air defense sites, military bases and radar facilities that could be hit to degrade the group’s military capability; and,

• Fighters may be spread out inside population centers, which means airstrikes could risk civilian casualties and property destruction at the hands of the U.S. military.

A Defense Department official says that about $15 billion in equipment, training and other services already have gone to Iraq.

Carney reeled off some of the many items involved: millions of rounds of small arms fire, thousands of rounds of tank ammunition, hundreds of Hellfire missiles, grenades, assault rifles, helicopters and much more.

That tally doesn’t include an additional $1 billion in arms — including up to 200 Humvees — that are now in a 30-day review period in Congress.

James Jeffrey, the U.S. Ambassador to Iraq from 2010 to 2012 who is now a fellow at the Washington Institute for Near East Policy, characterized Iraq’s military as “ill-trained, badly led and not particularly competent.”

In addition, militants have been able to pick up weaponry, vehicles and other goods on its sweep of Iraq — some of it supplied by the United States.

Both Kerry and McCain said a key to progress in Iraq was for Maliki, a Shiite, to be more inclusive, with Kerry citing a “persistent divisiveness and gridlock with respect to some of the unresolved political issues.”

McCain was more blunt, saying Maliki “has got to reconcile, and if he can’t do that, then I think he should be replaced by somebody that can.”