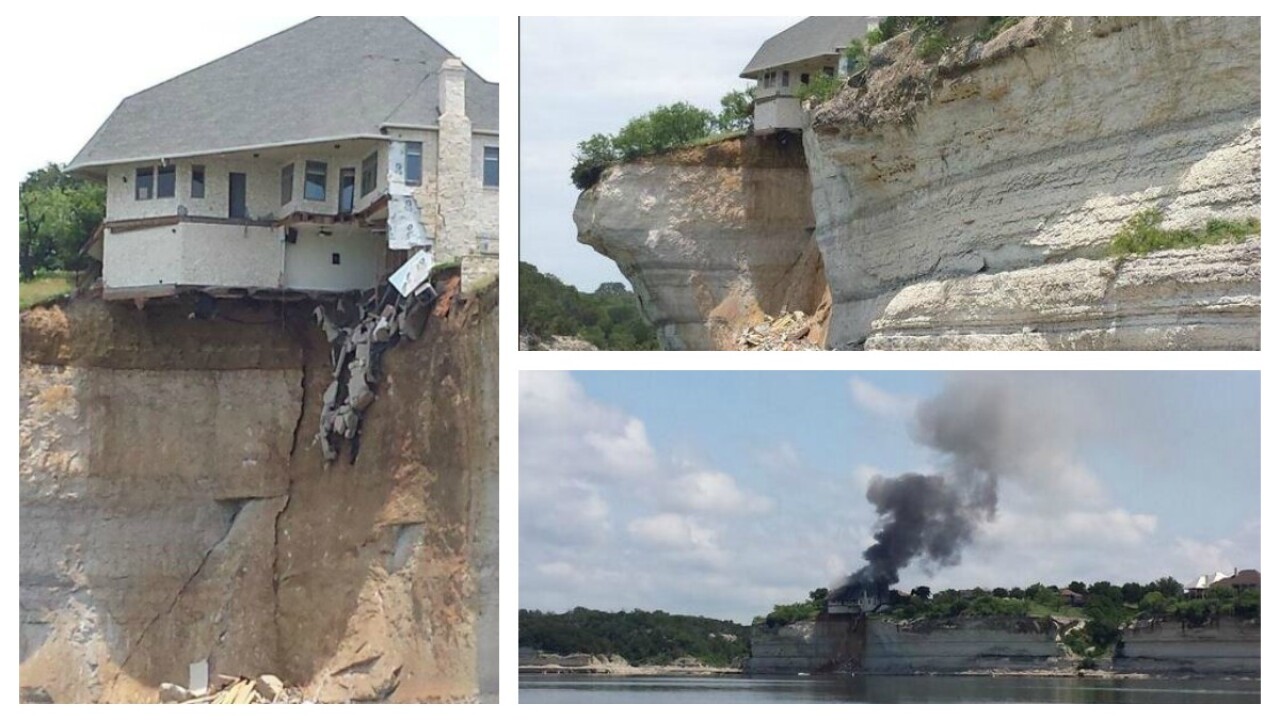 LAKE WHITNEY, TX (KCEN) — A house teetered over a cliff in Hill County, was poised to go tumbling into Lake Whitney. So the White Bluff fire chief decided they plan on setting it on fire Friday instead of letting that happen.

In 17 years as a fishing guide on the lake, Randy Routh has never seen this before.

“It will eventually fall off,” he said. The limestone bluff was giving way and bringing the vacant home with it. He’s seen huge boulders collapse into the lake before, just never with a house on top, even though plenty of homes sit close to the edge of fragile limestone cliffs.

“This is something you hear more of in California than you do in Texas,” Routh said.

On Thursday, curious boaters were in the water to get a first hand look at the $700,000 home sliding piece by piece into the water.

“There was people on jet skis taking pictures and stuff,” Dustin Miser said. He lives nearby and was out to see the house for the second day in a row.

“Last year I seen it and it was a beautiful house,” Miser said, “and now it’s, now it’s gone.”

More of the luxury home in White Bluff was slipping into the lake every day.

The bluff is still weak — “You’re basically looking at condensed chalk,” Routh said — and the crack was growing.

The Hill County Sheriff’s Office said it was only a matter of time before it crumbled completely.

“I would be concerned if I was a homeowner,” said Routh.

Instead of risking it falling into the lake, the fire department set the home on fire using bales of hay soaked in diesel fuel.

They also debated using a crane to hook a net around the house and pull it back from the cliff before demolishing it.

They put a bunch of buoys around where the house is actually collapsing to keep boats from getting too close to it.

“With the wind and the rain, just the natural corrosion, it’s going to continue,” Routh said.