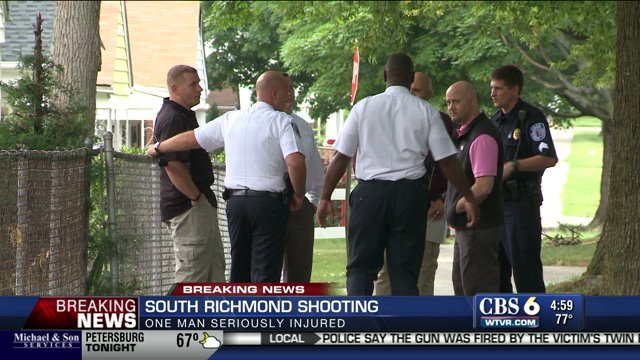 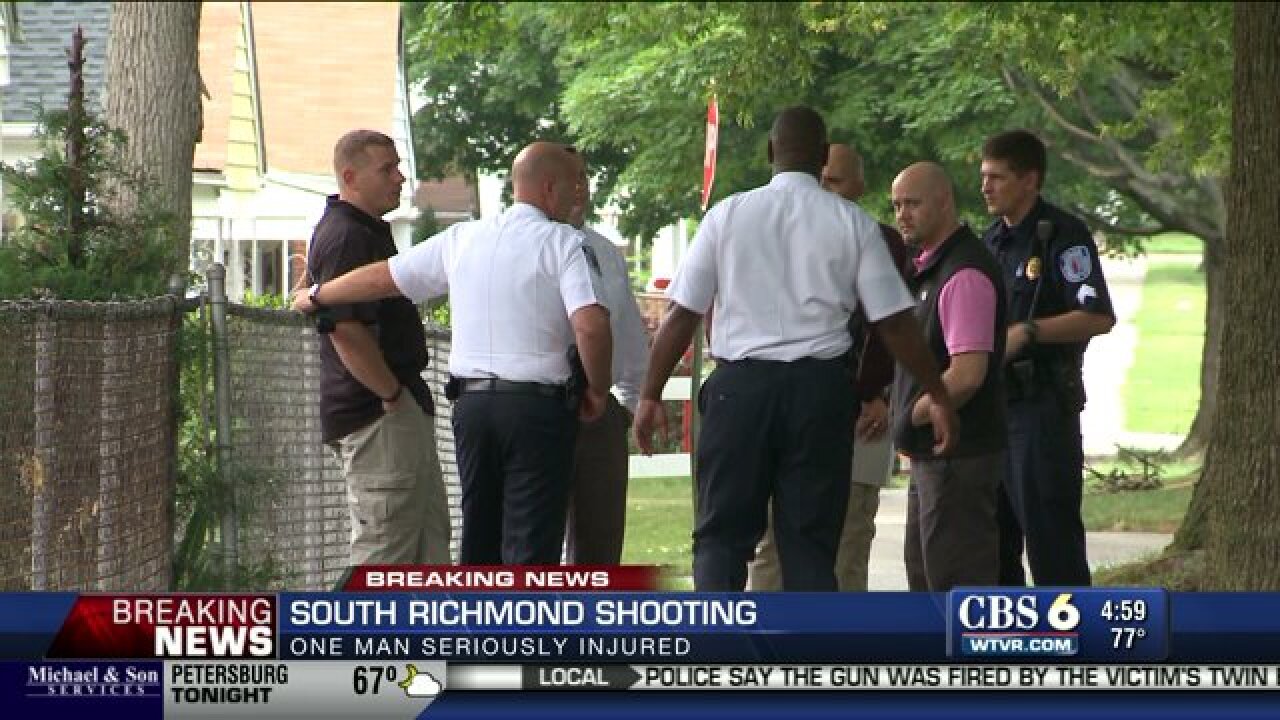 RICHMOND, Va. - Police are hunting for the suspect or suspects in the shooting of a man on Richmond’s Southside Friday afternoon.

It happened right before 12:30 p.m. in the 2100 block of Halifax Avenue just off Jeff Davis Highway. Police were seen gathered on the sidewalk outside the home where the victim ran to after being shot.

One neighbor who did not want to be identified said the shooting happened fast.

“It was kind of strange because we were outside and didn’t hear any gunshots,” the neighbor said. “You know, me and some of the neighbors were outside on a normal day and next thing you know we see police coming to the corner. It is sad. Real sad.

The victim, who was in his 20s, was rushed to VCU Medical Center with life-threatening injuries.

The neighbor, who asked not to be identified, said she is disgusted by the choices some young people make to settle arguments.

“It is not like when we was growing up," she said. "We was fist fighting and the next day we were playing. But this generation they go to serious violence and its sad.”

Richmond Police spokesman Gene Lepley said violent crimes in the Oak Grove neighborhood have dropped by 50% in 2014 thanks to community involvement.

Lepley delivered a stern warning to the suspects.

“We are coming to get you. We really are,” Lepley said. “Oak Grove is not the neighborhood you should have committed this crime because those people are motivated.
We would like people to cooperate with us as they have so we can enjoy that major drop in crimes. Keep working with us. Let’s solve this case.”

The suspect descriptions are sketchy and investigators do not have a motive. If you know anything about this crime call Crimestoppers at 804-780-1000.