Army veteran risks life to save beagle hit on interstate 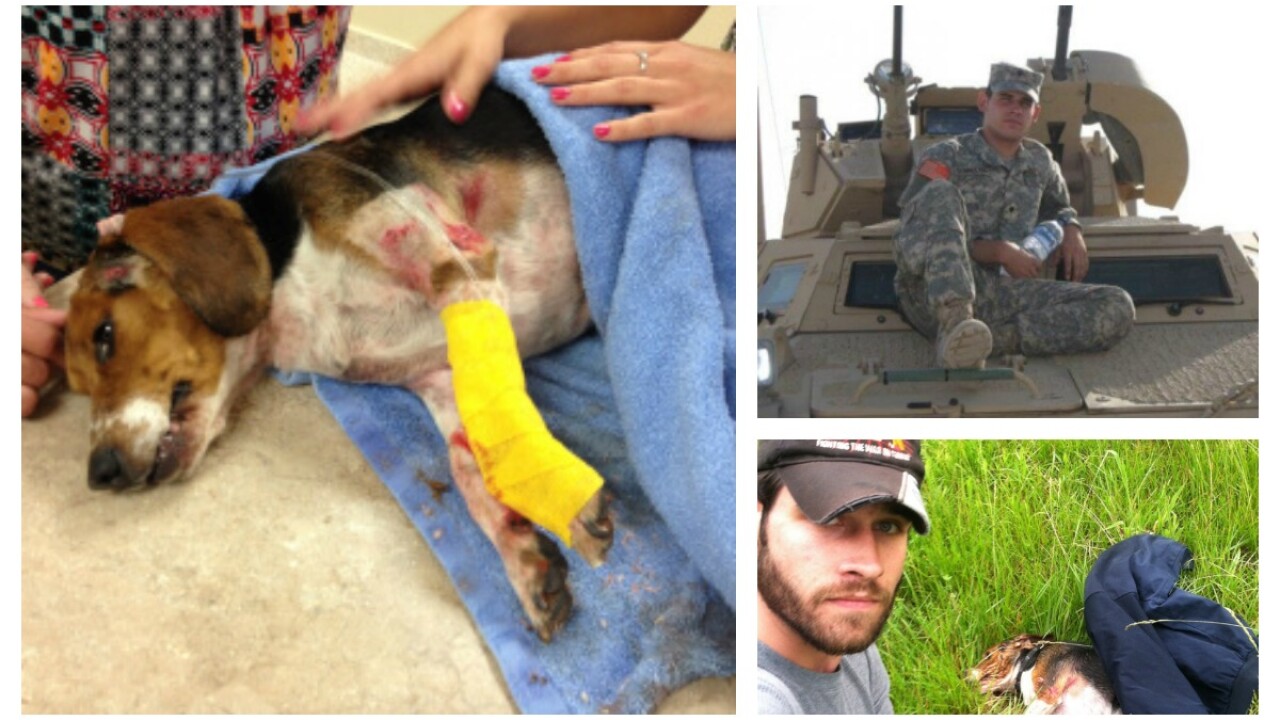 LEE’S SUMMIT, Mo. – U.S. Army Reserve veteran Aaron Schneider rushed to save the life of an injured beagle after he witnessed the dog get hit by a car on the interstate.

According to Fox4KC, Schneider crossed three lanes of traffic on foot and put himself between oncoming traffic and the dog until he was able to get the beagle off of the interstate.

He says he initially tried to pick up the beagle to help get him off the road, but the dog was in substantial pain and was defensive.

After waiting in the rain for nearly three hours by the dog’s side, he was able to gain enough trust with the beagle to get him onto a makeshift stretcher.

Schneider and a friend then lifted the dog into the back of a pickup truck and took him to a local animal clinic where he was stabilized.

“At the end of the day, my combat lifesaver training kicked in, and I’m thankful I was able to use it to help him,” said Schneider. “Having served in Iraq, you see a lot of loss, which is one of the reasons I was determined to see him make it.”

The veterinary staff at the animal clinic decided to name the dog Buster.

Due to the nature of his extensive injuries, the animal clinic referred Buster to another veterinary specialty and emergency hospital.

Although he is still in the intensive care unit, Buster is expected to make a full recovery.

Board-certified veterinary internal medicine specialist, Dr. Brian Lucas, said, “Without question, had Mr. Schneider not have helped Buster get to a veterinarian, he would have died from his injuries.”

Since attempts to identify Buster’s family have failed, Schneider plans to give Buster a permanent home with him once he is discharged from the hospital.