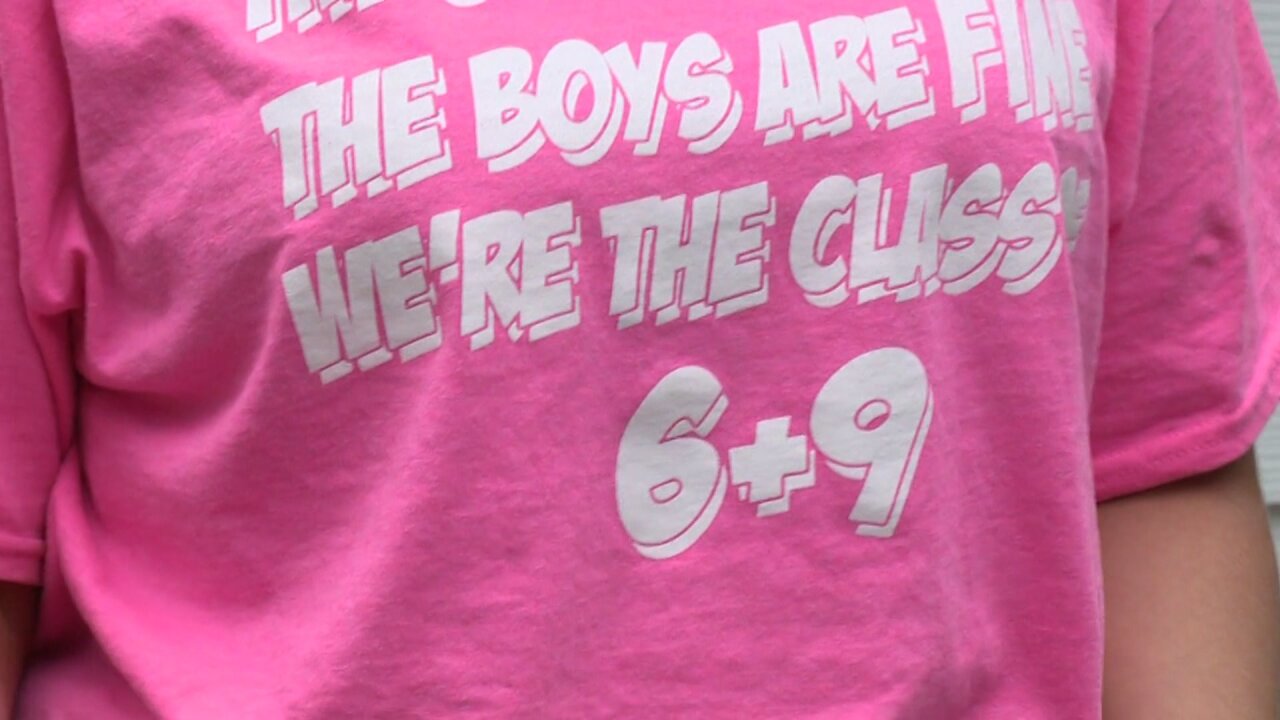 UNION CITY, Mich. – Is it simple arithmetic, a potential sexual innuendo or both? You be the judge.

Mickaylah Brigg’s class t-shirt reads, “The girls are hot. The boys are fine. We’re the class of 6 + 9.”

That’s the exact wording for the Union City High School class of 2015 shirt.

“Our class is like the joking class, so we wanted it to be funny and represent us,” Briggs explained.

“Administration did accept them for us to buy them. Like say, they’re appropriate for school and stuff,” Briggs said. “Then that Friday, we all turned our money in. We found out they were not school appropriate, but it was too late.”

Administrators informed students that the shirts had a “potential sexual innuendo.” Briggs said a classmate got suspended for wearing it on Friday.

“Then we all decided that we were going to wear our shirts that Monday,” Briggs said. “I got suspended walking into school. They waited for everybody to walk into school, and everybody that had a shirt got kicked out.”

They were suspended for the last day of school.

However, with it ‘addition sign,’ Mrs. Briggs sees it as a simple math problem.

“I can see where 6 + 9 equals the year students are graduating,” Briggs noted that the ‘9’ rhymes with ‘fine.’

“And I feel suspension is probably a little too far. Why couldn’t they have them take their shirts off? Especially if it was the first offense instead of the second offense,” Briggs said.

Superintendent Peter Kreger over the phone. Kreger said students were warned, and they were acting insubordinate by wearing the shirt anyway.