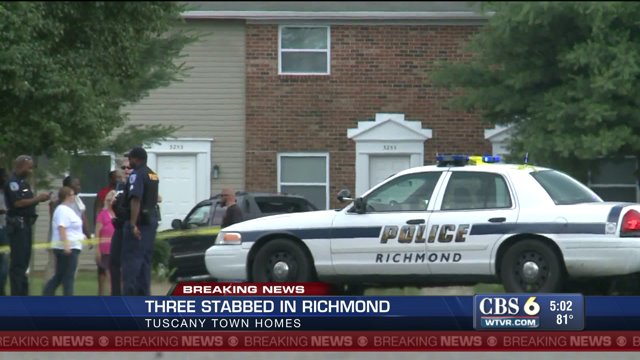 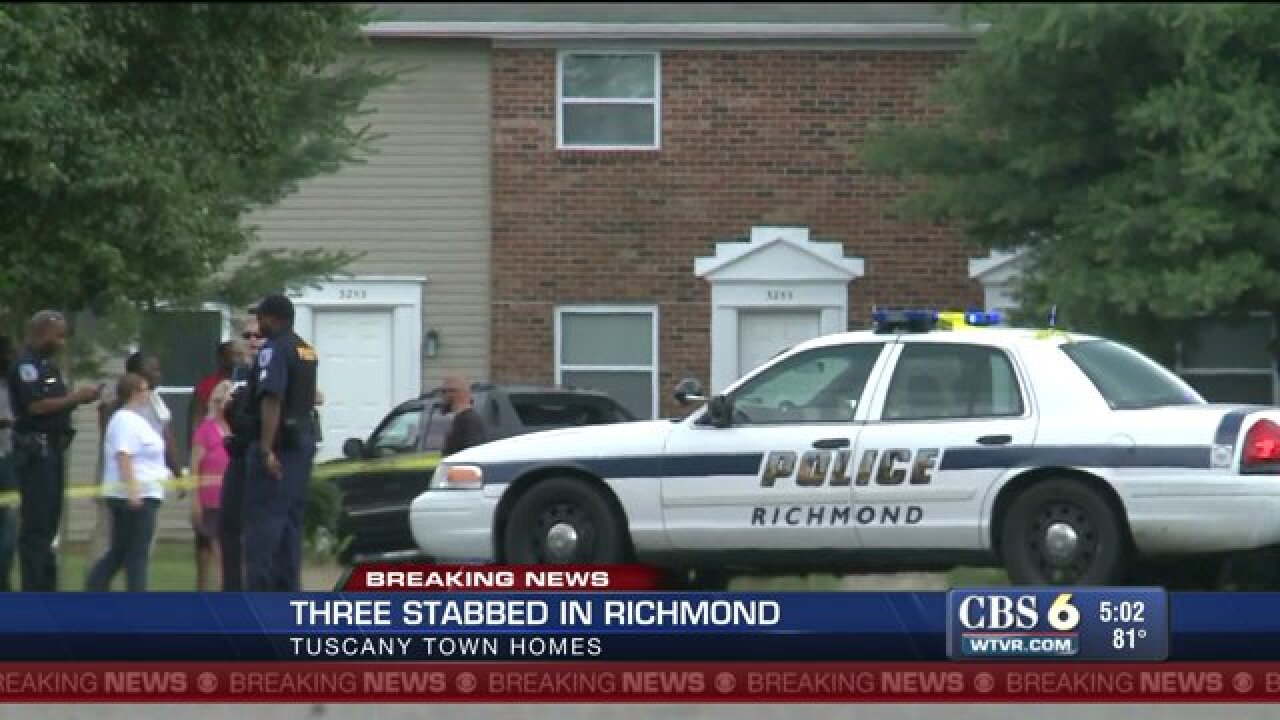 The stabbing was reported about 2 p.m. along the 3100 Snead Road, near Broad Rock Boulevard.

Witnesses tell CBS 6, they saw a man and woman arguing outside of an apartment and the woman was stabbed multiple times.

Police called the stabbing domestic-related and said one of the victim's wounds may be self-inflicted.

Neighbors said they were shocked when Richmond police swarmed the apartment complex for a triple stabbing.

"You rarely see arguments," said a man who declined to show his face. "Most of the people around get along."

He said his son saw what sounded like an argument between a couple and ran inside to get him.

"I go outside and I see a guy; he's over there fighting, but I can't tell what they're doing.  But then when I get a little closer.  He's stabbing this lady."

The neighbor said the woman was stabbed multiple times.

Police sources tell CBS 6, the woman's father was at the apartment complex to help his daughter move out before the argument escalated.  Sources say he tried to help her, and that's when he was stabbed in the arm.

Then moments later, neighbors said the boyfriend stabbed himself.

An eyewitness said the suspect ran into the apartment, where police arrested him a short time later.

Police said the violence involved some type of domestic dispute, but are continuing to investigate exactly what led up to the stabbing.

Investigators said none of the stabbings were fatal, though the woman has life-threatening injuries police said.