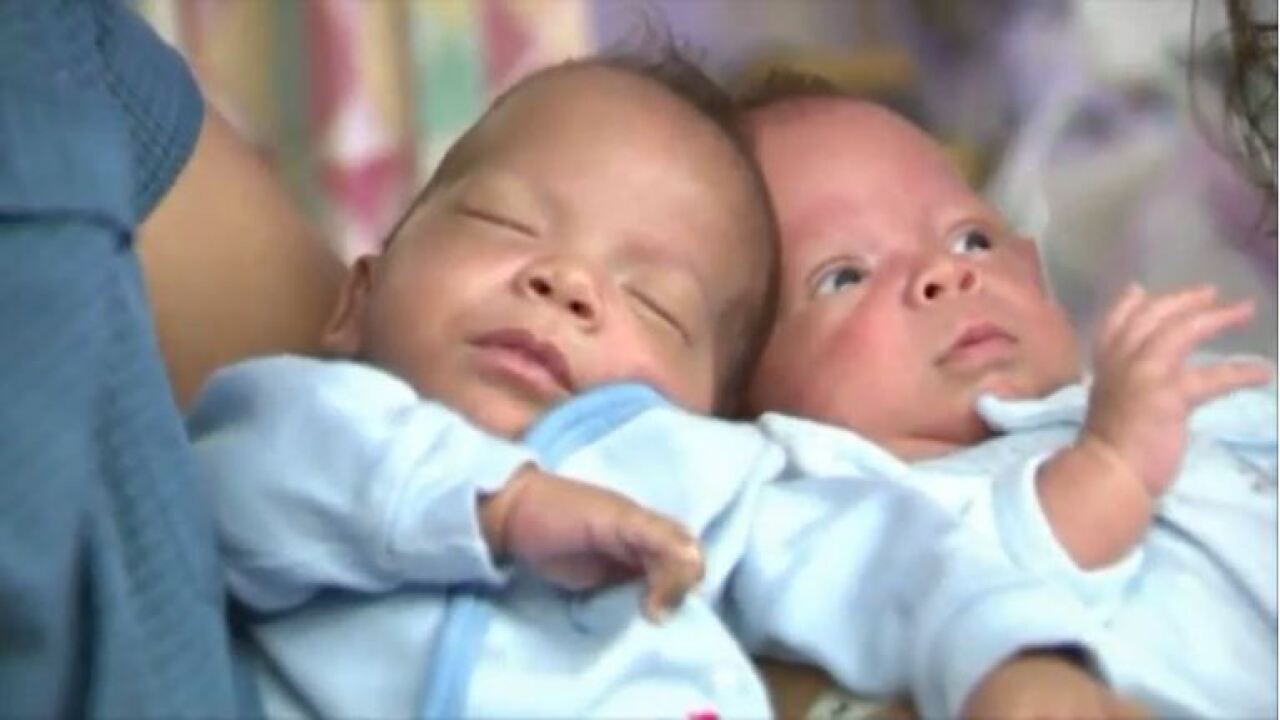 (KTVI) – A set of twins in Boston are healthy thanks to doctors who performed a rare surgery to save them both.

They are twins but they don’t share the same birthday, they were born 24 days apart.

Alexandre is more than three weeks older than his brother Ronaldo. Their mom went into labor only 24 weeks into her pregnancy.

Doctors explained a “delayed twin delivery” could be done and she was a perfect candidate.

“He’s like leave him there- he is fine– his heart is beating well– so okay- then we start praying,” Linda DaSilva said.

A healthy Ronaldo was born 24 days later weighing in a full pound more than his big brother.

The twins are both doing well.