Oregon shooting: ‘This is becoming the norm.’ But will anything change? 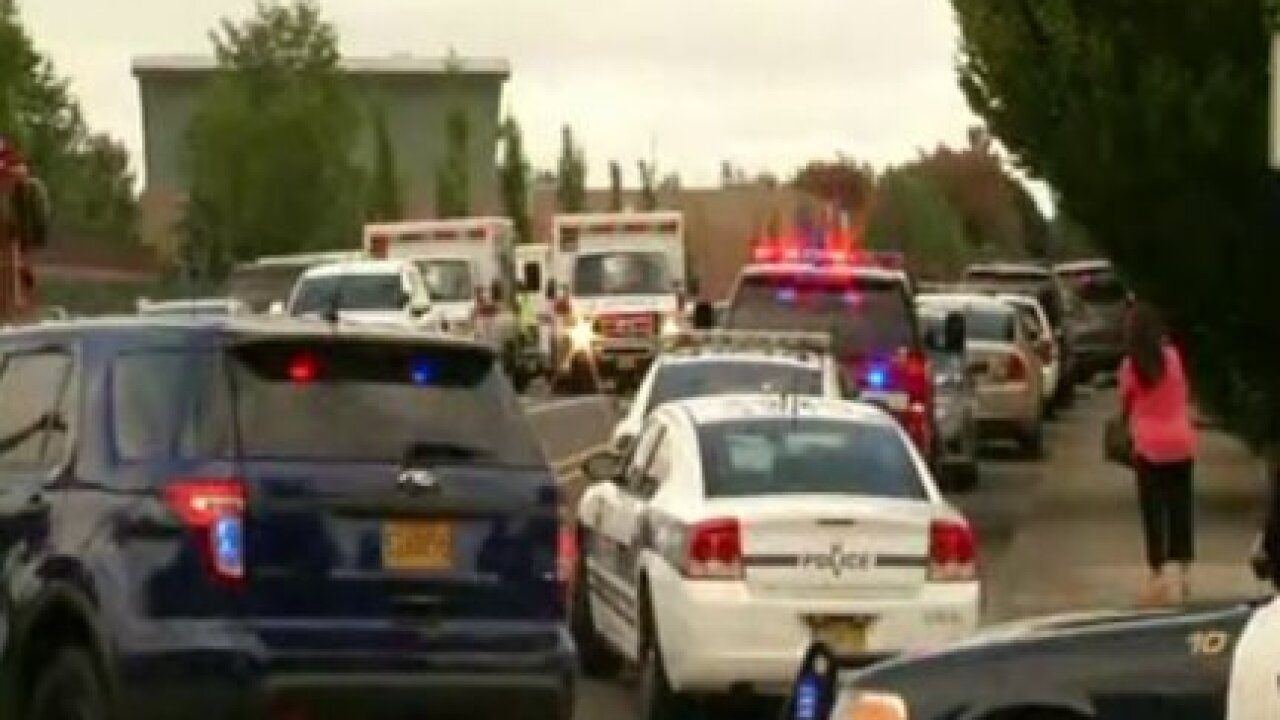 The scenes are becoming depressingly familiar.

A gunman opens fire on an American campus. Students, teachers and administrators duck for cover. Parents anxiously wait for their kids to check in, praying for the phone to ring.

It played out again Tuesday at Reynolds High School in Troutdale, Oregon, a city of 16,400 people 12 miles east of Portland.

A student at the school shot and killed another student before apparently taking his own life.

The shooter had an AR-15 rifle and a brown paper bag filled with more than 20 fully-loaded magazines, as well as knives, a law enforcement source told CNN.

The victim was a 14-year-old freshman, Emilio Hoffman. Police haven’t yet disclosed the shooter’s identity – or, more importantly, what compelled him to carry out such a horrifying act.

The shooting, the second in a week, is the latest in a long string. An attack at Seattle Pacific University last week killed one person and wounded two others.

Speaking in Washington, President Barack Obama said the nation should be ashamed of its inability to get tougher gun restrictions through Congress in the aftermath of mass shootings that he said have become commonplace in America.

“Our levels of gun violence are off the charts. There’s no advanced, developed country on Earth that would put up with this,” he said.

The shooting happened just as classes were about to get under way at Reynolds High School.

When it started, student Hannah League ducked into a classroom, where she and others huddled in a corner with no lights.

“I heard these pops and I thought they were firecrackers, but then I saw a teacher run out with his side kind of bloody,” League told CNN’s “Erin Burnett OutFront.”

According to multiple law enforcement officials, the shooter was a student at the school. He entered the building that houses the school gym.

He shot and killed Hoffman in a locker room then apparently took his own life. His body was found in a restroom.

So, what now? Will this latest instance of gun violence compel Congress to act?

Most members of Congress are “terrified” of the National Rifle Association, he said Tuesday, adding that nothing will change until public opinion demands it.

“The country has to do some soul searching about this. This is becoming the norm, and we take it for granted, in ways that as a parent are terrifying to me,” Obama said.

The was no immediate response from the NRA.

The number of active shooter events — defined as one or more people whose primary motive is mass murder in a confined or populated area, not including gang and family-related shootings — has risen somewhat in real numbers in recent years.

A recent report by the Advanced Law Enforcement Rapid Response Training Center found that the number of these types of mass shootings has increased: from an average of about five a year prior to 2009 to 15 in 2013.

For its part, the NRA and its supporters say no number of laws can effectively stop anyone out to kill.

“The violence is in the person, not in the gun,” Jerry Henry, executive director of GeorgiaCarry.Org, said earlier this year. “And until you figure out how to treat the violence, then you’re going to have that. And taking all the guns off the street is not going to make anybody any safer.

“Every time there is a serious gun massacre in the United States — and alas these are fairly common — the media focuses on the twisted psychology of the shooter and asks why we don’t pay more attention to detecting and treating mental illness,” he wrote.

“The question we should really be focused on is not the specific cause of a single shooting, but why there are so many of them in America.”

America’s per capita gun homicide rate in 2009 was 12 times higher than the average of Canada, Germany, Australia and Spain.

“Does anyone think that we have 12 times as many psychologically troubled people as they do in these countries?”

“The United States does not have a monopoly on crazy people. It’s not the only country that has psychosis,” he said.

Sen. Joe Manchin, a Democrat from West Virginia, laments that America is so divided on this topic that meaningful reform is difficult.

“It seems in America today with our politics and everything else about our lives, we’re on the extremes,” Manchin told CNN on Tuesday night. “You’re on the right or the left or whatever, just extremes.”

Manchin helped broker a gun background check compromise last year that would have required a universal check for all purchases. But it failed in the Senate.

“I don’t know what it’s going to take to pass something today,” he said.

Back at Reynolds High on Tuesday, anxious parents waited for news that their children were safe as word of the shooting spread.

One couple, Craig Tuholski and Tawnjia Reimer, were talking with CNN affiliate KGW, about how agonizing the wait for news was, when Tuholski’s cell phone rang.

“Is that Chris?” Reimer asked before letting out a sigh of relief. “Oh, thank God.”

“That’s what we were waiting for,” Tuholski said after hanging up.

Evacuated students were bused to a local grocery store parking lot and released after clearing a police pat down for weapons.

“Raise your hand if you see your kid,” Lt. Steve Alexander of the Multnomah County sheriff’s office said, according to KGW. “We’ll get you to them.”

As they did, the tension quickly turned to hugs and tears of joy.

Several hundred people turned out Tuesday night for a vigil to honor Hoffman, including his family. Gov. John Kitzhaber stood by their side.

Although senior Jaylen Edwards didn’t know Emilio Hoffman well, he posted one of the early tweets calling the community to attend.

“At the end of the day, we can come together for a great cause and support Emilio and his family,” he told affiliate KATU.

As candles flickered in the fading light, the heartbroken community sang “Amazing Grace.”

“We just have to make sure that we all stick together and have each other’s backs,” Edwards said.