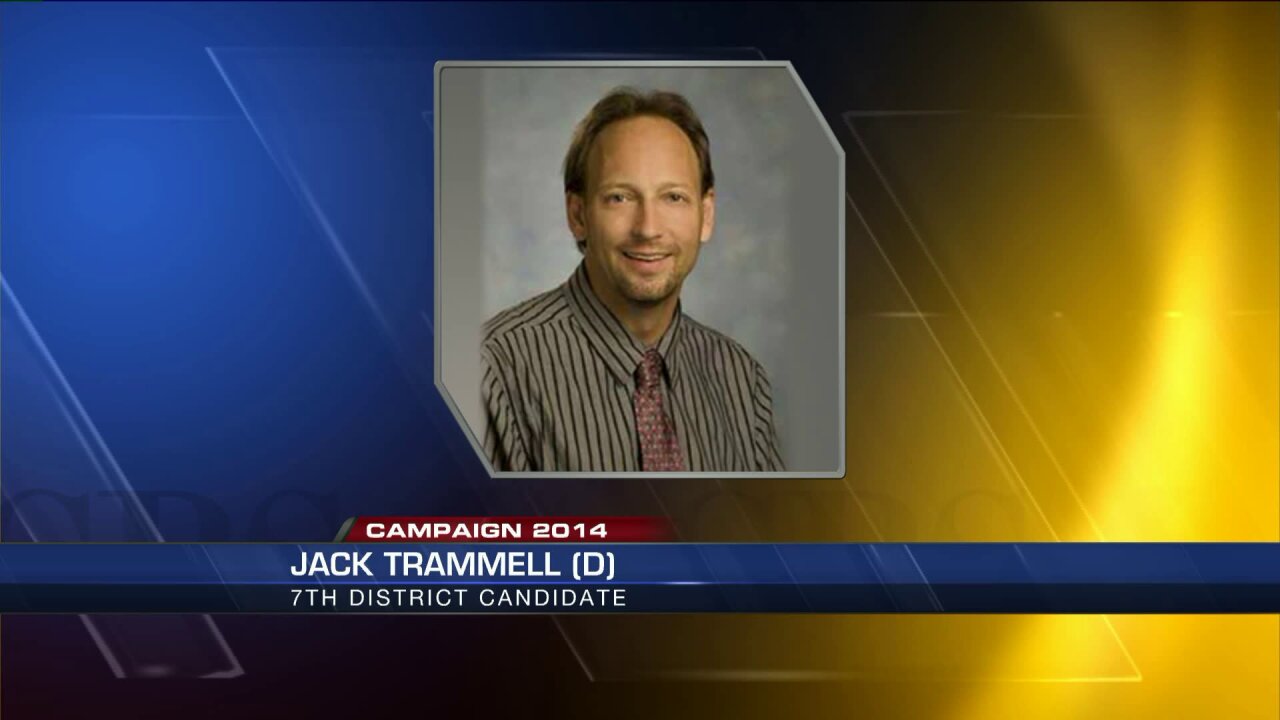 Jack Trammell unanimously won the Democratic nomination for Virginia’s 7th Congressional District seat at the party convention last weekend. That’s because no one else wanted to to run against Rep. Eric Cantor, the second most powerful Republican in the House.

But after Cantor’s shocking defeat in his primary Tuesday against political novice Dave Brat, Trammell’s candidacy has a whole new meaning. Democrats have a bit more hope in this Republican district, now that the upstart Democrat is up against an upstart Republican — both of whom are professors at the same college.

“Now it’s going to be a grass-roots race to get out their base,” Ashley Bauman, press secretary for the Virginia Democratic Party, said.

Trammell is not your average politician. He works a small family farm, where he lives with his wife and seven children. He teaches disability studies and is director of Disability Support Services at Randolph-Macon College, a small liberal arts school outside Richmond that has just over 1,000 students.

He is a prolific writer, author of more than 20 books, both fact and fiction, including a children’s book. His latest tome is about the Virginia slave trade and he is currently writing a novel about vampires. A Civil War buff, he has also written dozens of columns on the Civil War for the Washington Times.

While his bio says he worked for Bill Clinton’s presidential campaigns in Kentucky, he is a political amateur.

His online political presence is minimal. His campaign Facebook page was built Monday, after he won the Democratic nomination. On the page he received advice from supporters, suggesting he build a campaign website and include a “donate now” button. Others suggested he lose his facial hair.

By the morning after Cantor’s defeat, Trammell heeded the advice of his supporters. He was able to put up a campaign website, which is still sparsely populated and only includes a three-paragraph bio, an e-mail signup to get involved, and that essential button for contributions.

The Democratic Party is shielding Trammell from the press for now, intercepting his media requests and offering surrogates instead. The academic has a lot to learn and not a lot of time.

But his statement after the Republican primary results indicates he’s a fast learner, as it echoed the message of national Democrats.

“I am running because I believe Virginians are hungry for a radical change from the dysfunctional and reckless politics being practiced by those in Congress — and the results of tonight’s primary election are the proof,” he said in a statement after Brat’s insurgent victory.

The 7th District is very conservative, with the Cook Political Report maintaining its political rating as solid Republican. But with two political novice college professors running against each other, anything could be possible.

With Brat’s victory, the impossible has already happened once in this district.