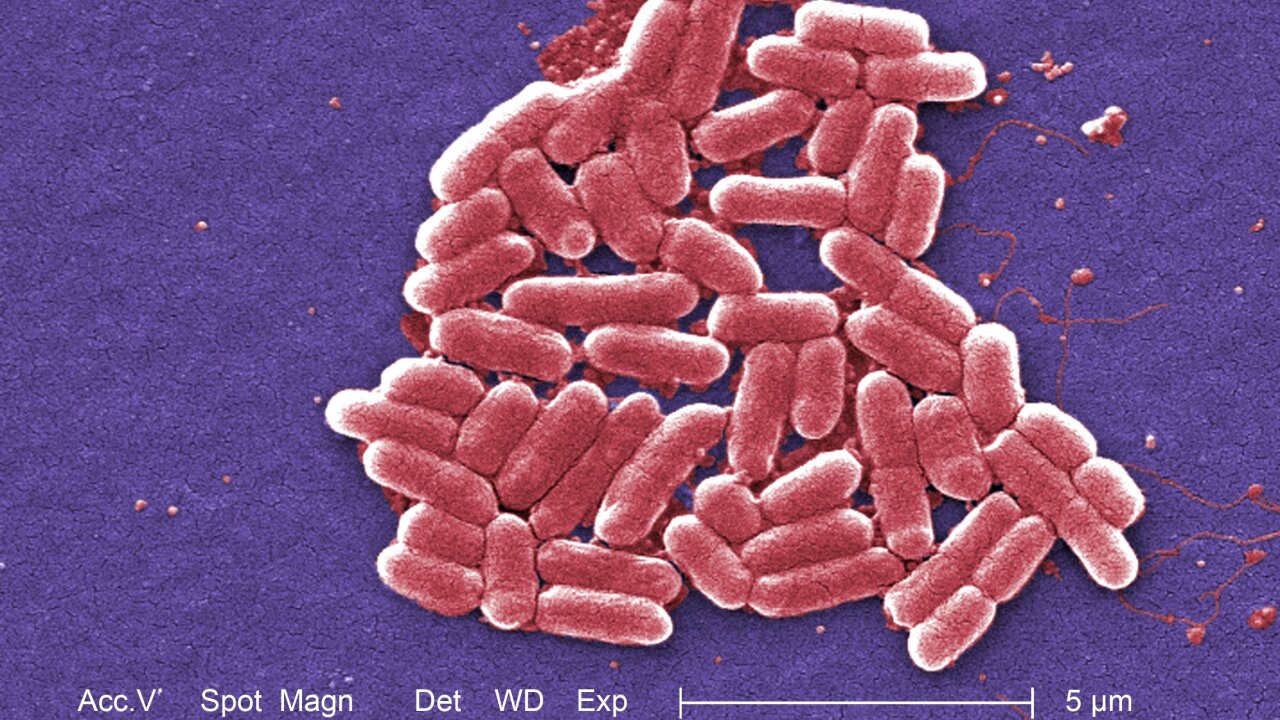 This colorized scanning electron micrograph (SEM) depicts a number of Escherichia coli bacteria of the strain O157:H7. This strain of E. coli is an emerging cause of foodborne illness.

(CNN) — Seventeen people in five states have been sickened by E. coli after eating clover sprouts, according to the Centers for Disease Control and Prevention.

That’s up from the 10 cases reported by the CDC in late May.

No deaths have been linked to the E. coli outbreak, the CDC says, but nearly half of those sickened were hospitalized. Three cases were identified in Idaho, one in Michigan, two in Montana, one in Utah and 10 in Washington state.

The CDC said the source of the E. coli outbreak is likely Evergreen Fresh Sprouts, LLC of Idaho. Twelve of the patients whom health officials interviewed reported eating raw clover sprouts from the company in the week before they became ill.

Evergreen owner David Scharf told CNN affiliate KREM-TV that U.S. Food and Drug Administration tests from his farm came back negative for the strain of E. coli involved in the outbreak.

“The FDA came in looking for proof and they got proof,” Scharf told the station. “And we are free from the disease.”

KREM reported Tuesday that FDA officials had recently found “objectionable conditions” at the farm despite the negative test results.

Escherichia coli is a large group of bacteria; most are harmless, while some can cause serious illness. The strain involved in the sprout-linked outbreak is Shiga toxin-producing Escherichia coli O121.

E. coli infection can lead to severe diarrhea, abdominal pain and vomiting, according to the FDA. Most people recover within seven days, but some have severe complications, the CDC said. A type of kidney failure called hemolytic-uremic syndrome may result; the elderly and children under 5 are most at risk.

Evergreen Fresh Sprouts was also involved in a 2011 salmonella outbreak. Consumers then were discouraged from eating the brand’s alfalfa sprouts and spicy sprouts.

Sprouts have a history of being involved in bacterial infection outbreaks.

According to a study commissioned by the Canadian Broadcasting Corp., the warm, moist conditions that are conducive to growing bumper crops of sprouts are also an ideal breeding ground for bacteria.

In the study, Kevin Allen, a microbiology professor at the University of British Columbia, tested 44 samples of prepackaged sprouts (as well as 48 samples of leafy greens and 58 samples of various herbs) and found, “Over 78% of sprouts had levels of microorganisms too numerous to count.”