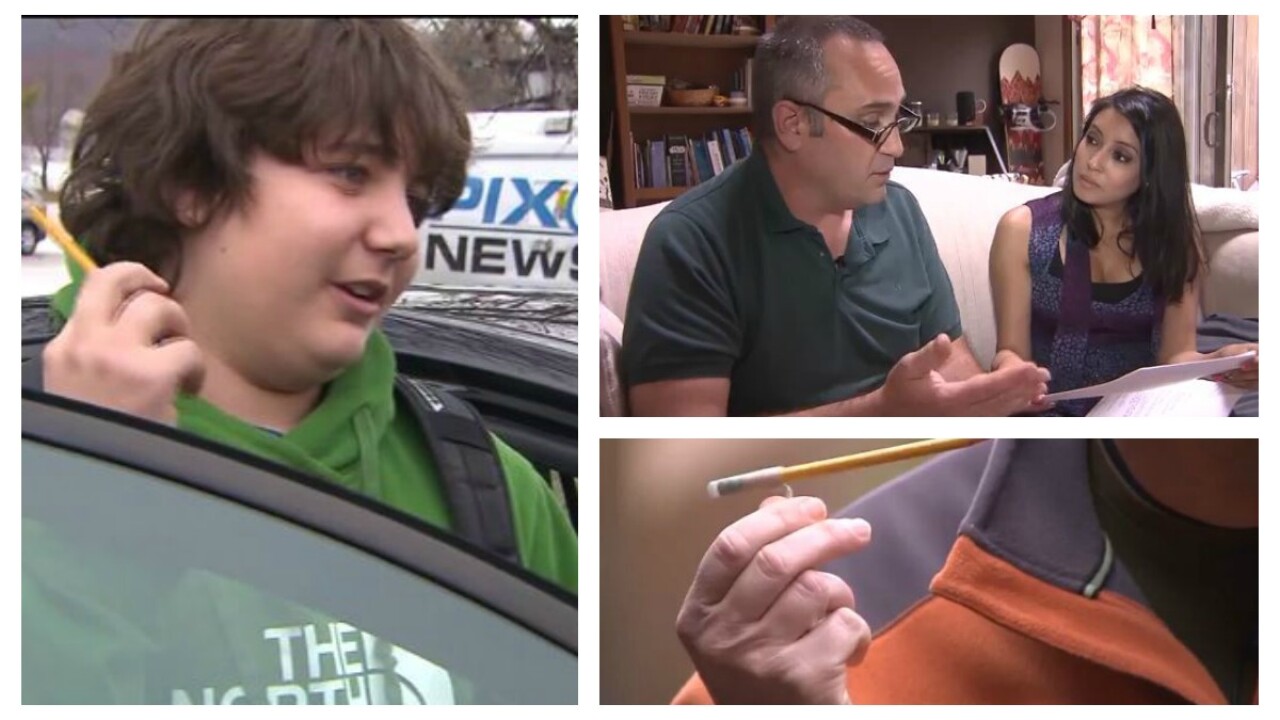 VERNON, New Jersey — A 13-year-old boy was the most famous kid in school for a few weeks.

According to WPIX, a simple pencil-twirling incident landed Ethan Chaplin in hot water with his school, which threatened to suspend him after a classmate claimed he was spinning the writing utensil like a gun.

But after media attention from PIX11 and around the world, school officials backed off.

Letters to Ethan’s father, Michael, show the school found his son did nothing wrong at all, there would be no disciplinary action and the superintendent was even confident the issue would be behind all of them.

“I received a letter from them saying they had found an incident of abuse or neglect regarding Ethan because I refused to take him for psychological evaluation,” Michael said.

In an effort to play along and clear his name, Michael did take his son to be evaluated.

Ethan was seen by a social worker, had his blood drawn and urine taken.

In the end, no behavioral problem was ever found.

The state, it seems, is ignoring that set of testing, demanding even more and this time if Michael doesn’t comply, they are threatening to terminate his parental rights and free Ethan up for adoption.

“All I can do is keep fighting. keep telling the truth and presenting the evidence. That is all I can do and hopefully the state does the right thing,” Michael said.

He has even reached out to Governor Chris Christie’s office, who replied they would contact the Dept. of Children and Families to investigate.

“…I’m scared because they have a habit of running away with things unchecked and that’s exactly what’s going on. They’re operating unchecking,” Michael said.

PIX11 tried to get a comment from DCPP and NJ Department of Children and Families but hit a road block there.

The agency said they can’t discuss the allegations or even acknowledge they have involvement with the family.